What’s In a Name: Naming Parties to a Lawsuit Over a Deed of Trust | Womble Bond Dickinson Skip to main content

What’s In a Name: Naming Parties to a Lawsuit Over a Deed of Trust 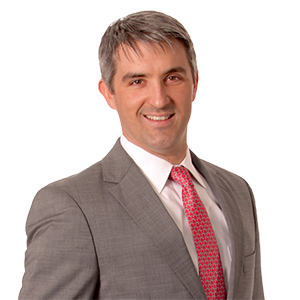 Today, we look at the North Carolina Court of Appeals’ recent analysis in Nationstar Mortgage, LLC v. Curry, et al., COA18-351 (November 6, 2018) regarding whether a secured lender is actually a party to a proceeding.

A landowner obtained a loan, secured by the property, from Sidus Financial, LLC.  Sidus Financial, LLC then assigned its rights in the property to MetLife Home Loans.  Subsequently, MetLife Home Loans assigned its rights to Champion Mortgage Company.  It is Champion Mortgage Company that we need to remember in this fact pattern.

Upon the death of the landowner, her estate filed a petition in special proceeding to sell the property in order to pay the debts of the estate.  The petition, once amended, did not name Champion Mortgage Company in the caption, nor did the summons accompanying the petition name Champion Mortgage Company; the petition did, however, name Sidus Financial, LLC and MetLife Home Loans in the caption for some reason, despite that neither any longer had an interest in the property.

The Wilkes County Clerk of Superior Court entered an order authorizing the sale of the property and listed the “reverse mortgage owed to [Champion Mortgage Company]” as one of the debts of the estate.

It is heartening to find the Court applying function over form, here, in concluding that (i) specifically identifying an entity in a pleading, (ii) specifically identifying that entity’s interest in a pleading, and (iii) effectuating otherwise proper service on that entity is enough to give notice to that entity of the impact to its rights, such that the entity is named to the lawsuit.  In other words, an entity cannot knowingly “sit on its rights” and come back to the well by virtue of a technicality—in this case, the technicality being an important one, but nonetheless a technicality.  One cannot help to think that the facts at play – an estate absconding with the sale proceeds, an innocent purchaser for value – had as much to do with the Court’s analysis as anything else.  Whatever the case, it nonetheless remains important to properly name, identify, and serve all defendants in any proceeding.