An Examiner’s Tips For Speedier Prosecution 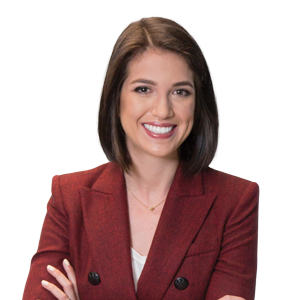 Interactions between patent examiners and patent practitioners are often tense.  At worst, these interactions can be an exercise in restraint with both parties thinly veiling their disdain for one another.  This adversarial approach can stall prosecution and run adverse to the practitioner’s purpose – i.e., to obtain the best patent claim scope possible for his or her client.  Patent practitioners thus could benefit in many instances by having a better understanding of an examiner’s expectations and approaching prosecution with a mind toward working with the examiner instead of against the examiner.  A conversation with an Examiner in a mechanical art unit provided the following tips for how practitioners may expedite the examination process by working (to the extent possible) within the examiner’s expectations.

First and foremost, this Examiner, who asked to remain anonymous, stressed that when it comes to interactions between the examiner and the practitioner, “[w]e’re on the same side. So be nice.”  While everyone understands that patent prosecution can be an unduly lengthy process, the Examiner noted the importance of being patient while working through the process.  The Examiner pointed out that “[s]ome attorneys get aggressive quickly.  I’ve sat in on interviews where both sides are heated and there’s just no point in continuing the conversation.”  For the most part, the Examiner indicated that the general attitude of examiners towards patent practitioners is positive and not adversarial.  In fact, the Examiner indicated that generally examiners do not like to impede allowance of a case even if the practitioner is being difficult.

Moreover, the Examiner indicated that being patient and maintaining a cordial relationship can engender goodwill.  Specifically, the Examiner noted that individual practitioners (or even firms as a whole) can garner a reputation with one or more examiners.  Where a practitioner’s actions engender a positive opinion, an examiner may indeed be more willing to take extra steps to advance prosecution – e.g., being accepting of a greater number of Applicant-initiated interviews, being more inclined toward examiner-initiated interviews to suggest pathways to grant, or even providing courtesy phone calls to address minor matters as an alternative to another office action.

"2. Understand Limitations on an Examiner’s Time"

Many practitioners do not appreciate the changing landscape of the rules for examiners at the United States Patent & Trademark Office (USPTO).  This particular examiner has been at the USPTO for almost six years and plans to remain there.  When asked what is enticing about working as an examiner, the Examiner pointed to both flexibility and competitive pay.  Indeed, this Examiner is able to take advantage of the hotel policy that the USPTO implemented approximately ten years ago, and the Examiner presently works remotely from the west coast.  This may be counterintuitive to the general visualization of an examiner toiling away in an office in Alexandria with hundreds of other examiners, yet working remotely has not changed this Examiner’s practice.  Since so many examiners are now taking advantage of the flexibility offered by the USPTO this should come as a relief to practitioners.  Nevertheless, practitioners should be aware of the possibility of examiners being in different time zones and possibly working different hours than may be expected.

The necessity to meet count requirements can also benefit practitioners.  For example, the Examiner indicated that “[a]s bad as it sounds, I may be less particular and/or more likely to allow a case if I pick it up at the end of the quarter and I am struggling to make counts.”  Thus, in situations where an application may be close to allowance, it can be advantageous for the practitioner to call an examiner to discuss the particular case towards the end of a quarter.

It should come as no surprise that filing applications including extremely broad claims and/or an extremely large number of claims can be highly detrimental to speedy prosecution.  In particular, claim breadth and claim number can be construed as being a disingenuous representation of the actual invention.  This Examiner stated that, “Independent claims with a broad scope are not typically allowable and are just a waste of time.  Likewise, extremely long claim sets only for appearance’s sake increase examination time and do not generally provide any added benefit.”

The practitioner understands, however, that broad claims are often warranted absent knowledge of pertinent art.  Thus, in some instances, it can be possible to circumvent this general dislike of broad claims by including, along with the broad claim, a narrower version that falls short of being a “picture claim” but still may be more readily accepted by an examiner of being a true representation of the actual invention.

As stressed by this Examiner, most examiners are simply looking for a clear indication of what is the new, useful, non-obvious aspect of the invention.  “Claim what is new! Make it clear what the patentable subject matter is and present it in the (independent) claims.”  This can be achieved with a variety of claim drafting techniques, but one example cited by this Examiner was to “[d]raft the independent claim so that the novel feature is in the last paragraph of the claim.”  Strategic utilization of a “wherein” clause can also be an indicator of what is believed to be a key aspect of the invention.  Mainly, examiners do not want to feel like they are mining for gold while examining an application, and the clearest possible recitation of the invention is typically the best approach for efficient prosecution.

Further to understanding limitations on an examiner’s time, it is crucial not to misuse examiner interviews.  This Examiner particularly noted that non-specific requests for examiner input is not viewed favorably.  So-called “fishing expeditions” for an examiner’s suggestions regarding claim amendments are considered irritating by many examiners and are not advantageous for advancing prosecution.  Similarly, a boilerplate paragraph at the end of an office action response requesting the examiner to call if the amendments do not result in allowance is generally deemed to have no effect.  “I don’t know about others, but I normally won’t call if there’s a general request for me to do so.”

On the other, pointed, well-time requests can be viewed quite favorably and be very useful in expediting examination.  For example, the Examiner stated that the most efficient use of interviews is to call "after the first action" with proposed claim amendments.  “I’ll usually suggest alternative amendments if I’m presented with proposed amendments that don’t work.”  In situations where the practitioner does not believe claim amendments are warranted, such timing can still be productive when the practitioner can point to clear reasons why the art is deficient.

In the absence of section 112 issues that may spark a more thorough examination, it may or may not come as a surprise that examiners often do not read the whole specification of an application under examination.  This Examiner stated that one view is that the drawings and claims are most important during review of a patent application and the specification is mostly skimmed.  “The only time the specification is more closely scrutinized is to understand how an apparatus works or how components are coupled together.”

Despite this practice, the specification still plays a key role in defining the claims, and it remains imperative that claim terms are included in the specification and are clearly defined in a manner easily recognizable by the examiner.  For example, the Examiner mentioned that this can be particularly important if the specification is lacking a clear definition of a term that is being used differently than what is generally recognized in the art.  Though such a practice tip is common sense, the Examiner indicated that it is surprising how often claim terminology is not adequately supported with specificity and/or with alternative definitions.

"6. Proofread the Claims and Specification"

Contrary to what some may believe, examiners generally do not enjoy attempting to make non-substantive edits to the claims.  Since the main role of the examiner is affirming that the claimed invention is new and non-obvious, attending to formalities can dull the desire of the examiner to quickly advance prosecution.  “Oftentimes claims and the specification are filed without a thorough proofread to make sure that there are no issues that would invoke one or more of the paragraphs of 35 U.S.C. § 112.”  The Examiner verified that having to deal with a plethora of formalities before even addressing novelty and inventiveness is, at a minimum, annoying.  “I can’t stand [section] 112 rejections. Sometimes it’s every claim that has an issue.”

Importantly, the Examiner indicated that where claims are plagued with section 112 issues, the rest of the application also receives increased scrutiny.  The Examiner noted that, “I feel like this usually happens in foreign cases, but regardless it’s hard because we still have to find art.”  Adequate proofreading of an application also plays a role in understanding limitations on an examiner’s time.  More specifically, the more time an examiner spends scrutinizing the application due to section 112 issues, the less time the examiner will have in developing approaches to expedite prosecution.  “We only have a set number of hours to work on each application, so the more time we spend fixing section 112 issues, the less time we have to do a thorough search, thereby prolonging further rounds of prosecution for subsequent searching.”  Since no practitioner enjoys overcoming rejections only to have new art cited, it is important to recognize that, in many instances, protracted examination with multiple intervening searches can be avoided by the simple act of providing a “clean” claim set and specification.

"7. Make Efficient Use of After Final Procedures"

It is commonly known that after final procedures, such as the appeals process, tend to cause prosecution to drag on.  While the Examiner indicated that appeals are considered, “a little annoying,” most examiners understand why appeals are necessary.  Thus, one should not hesitate to file an appeal where, “the Examiner and the practitioner understand each other’s viewpoints, yet have reached an impasse.”

To make the appeals process more productive, this Examiner advised filing a Pre-Appeal Brief Conference Request in order for “both sides to gauge where we stand.”  In terms of the panel that convenes to review a case under appeal, which consists of an examiner, the examiner’s supervisory patent examiner (SPE), and another SPE, the Examiner indicated that the panel is “generally pretty objective and not skewed towards the examiner’s side.”