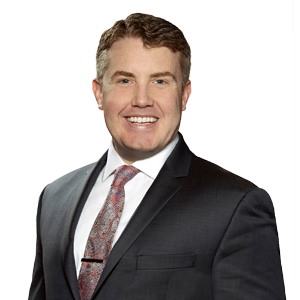 On Tax Day, May 17, 2021, in a unanimous opinion authored by Justice Kagan, the United States Supreme Court held that the Anti-Injunction Act ("AIA") does not bar a pre-enforcement challenge to the legality of an IRS-imposed standalone reporting requirement, a violation of which may result in both civil tax penalties and criminal liability. The Court’s decision in CIC Services, LLC v. Internal Revenue Service may open the door to a host of pre-enforcement challenges to IRS reporting requirements brought by taxpayers and others who are affected by such requirements.

But the decision also means the IRS has lost a battle in its ongoing war against Internal Revenue Code § 831(b) captive insurance companies, or so-called “micro-captive” insurance transactions. For years, the IRS has made its distrust of micro-captives clear. In 2014, the IRS placed micro-captives on its annual “Dirty Dozen List” of tax scams, where they remained until 2020. In 2016, the IRS issued Notice 2016-66, directly at issue in CIC Services, which designates certain micro-captive insurance arrangements as “transactions of interest” and compels participants and certain advisors to disclose information about their roles in the arrangements or face civil and criminal penalties. In the past year alone, the IRS opened hundreds, if not thousands, of micro-captive audits. Needless to say, the victory, however small, is a welcome one for captive managers, material advisors, and captive participant taxpayers that have for so long been targets of the IRS’ ire.

The AIA, 26 U.S.C. §7421(a), bars any suit brought “for the purpose of restraining the assessment or collection of any tax.” As Justice Kagan explained, Congress enacted the AIA to prevent taxpayers from challenging taxes before they are paid and thereby protect the federal government’s “ability to collect a consistent stream of revenue.” In effect, the AIA prevents a taxpayer from challenging a federal tax until after the taxpayer pays the tax; only then may the taxpayer sue for a refund.

The IRS has broad authority to require taxpayers and material advisors to report tax-related information that might help it assess and collect taxes, as well as to gather information regarding “reportable transactions,” including transactions that Congress characterizes as those that “have a potential for tax avoidance or evasion.” A “material advisor” is an individual or entity that “provide[s] any material aid, assistance, or advice with respect to the organizing, promoting, selling, implementing, insuring, or carrying out of any reportable transaction” and earns income or expects to earn income for the material aid, assistance, or advice in excess of the defined threshold.

The Notice contains reporting requirements designed, according to its language, for the IRS to gather more information about “potentially abusive [micro-captive] arrangements.” Taxpayers and material advisors that participate in or offer advice in connection with such micro-captive transactions are required to disclose pertinent details about each transaction. To comply with their respective disclosure obligations, taxpayers file a Form 8886 for each year they participate in a micro-captive, and material advisors file a Form 8918 for each new transaction.

Taxpayers and material advisors who fail to comply with the reporting obligations set forth in the Notice are subject to tax penalties and non-tax criminal consequences. The civil monetary penalty for a taxpayer who fails to comply with the Notice is up to $50,000, depending on the amount of tax gain realized through the transaction. For a material advisor, the civil monetary penalty for noncompliance is $50,000. A material advisor is also subject to a penalty of $10,000 for each day it fails to furnish, at the IRS’ demand, a list of taxpayers it advised in connection with a reportable transaction. The civil monetary penalties are “deemed” taxes for the purposes of the Internal Revenue Code and the AIA. Further, any person who willfully violates an IRS reporting requirement faces potential criminal liability in the form of fines and a misdemeanor punishable by up to one year in prison, so a breach of the Notice filing requirements might also lead to criminal consequences.

CIC Services, LLC (“CIC”) is a Tennessee-based captive insurance manager and material advisor to taxpayers that participate in micro-captive transactions. CIC sued the IRS to enjoin its enforcement of the Notice on the basis that the Notice is an unlawful rule. The Administrative Procedures Act ("APA") prescribes formal rulemaking procedures to which federal agencies must adhere before they issue rules. Among the procedures prescribed by the APA is a notice-and-comment period. CIC claimed that the IRS violated the APA because the Notice amounts to a rule that was issued without a notice-and-comment period. But the District Court held that CIC’s challenge was barred by the AIA because the relief that CIC requested, if granted, would ultimately preclude the IRS from assessing a tax penalty against material advisors. The Court of Appeals for the Sixth Circuit affirmed, and the Supreme Court granted certiorari.

The Supreme Court held that the AIA does not preclude a suit to enjoin the Notice notwithstanding that a breach of the Notice could result in a tax penalty. The purpose of a suit under the AIA, according to the Court, depends on the nature of the relief specifically sought by the action. The Supreme Court concluded that the relief sought by CIC was the invalidation of the Notice itself, not the restraint of the assessment or collection of a tax penalty that might follow its breach. In other words, CIC brought its suit to challenge a reporting requirement separate from any tax. The Supreme Court cited the following three reasons in support of its conclusion:

Because the suit was not an effort to “restrain the assessment or collection of a tax,” the AIA imposed no bar. The Supreme Court reversed the lower courts and remanded the case to the District Court, where it will proceed to the merits stage, meaning the District Court will now need to address the substantive question of whether the Notice violates the APA.

What does the Supreme Court’s decision mean for micro-captive transactions?

For the time being, nothing changes. Now that the procedural hurdle has been cleared and the case has been remanded, the District Court will be expected to decide whether the Notice violates the APA. At least until then, barring some sort of unforeseen development, the Notice—and all its attendant reporting requirements—remains the law, and captive managers, material advisors, and taxpayer participants should continue to comply with it. Indeed, it is worth noting that Justice Kagan pointed out that CIC disclaimed any intent to violate the Notice while it remains the law. Others should follow CIC’s lead by continuing to comply with the reporting requirements for each micro-captive transaction that qualifies as a transaction of interest.

While the IRS’ loss is a welcome development for captive managers, material advisors, and captive participant taxpayers, the real battle over the fate of the Notice looms on the horizon. If recent history tells us anything, it is not likely to be the last battle in the IRS’ war against micro-captives—no matter its result. But the implications of the Supreme Court’s decision reach outside of the micro-captive space. Now that it is clear that the AIA does not totally bar pre-enforcement challenges to IRS reporting requirements, taxpayers and others affected by those rules and regulations may have considerably more leeway to challenge them.

Delaware Court: Redactions in Court Filings Should Not Be an Afterthought