COLUMBIA, SC—The March on Washington. The Freedom Rides. The Birmingham Campaign. The Mississippi Summer Project. Dr. Cleveland Sellers was front and center at all of these landmark civil rights events, working alongside such leaders as Dr. Martin Luther King, Jr., John Lewis and Stokely Carmichael. And on Feb. 27, Dr. Sellers shared his walk through civil rights history with Womble Bond Dickinson.

Dr. Sellers was a last-minute substitute for his son, CNN political analyst and former SC Rep. Bakari Sellers, who was called away by the network for an assignment. However, Dr. Sellers has his own story to tell, starting with his childhood in rural South Carolina. At the age of 10, he was shocked by the brutal murder of Emmitt Till, a 14-year-old African-American boy lynched in 1955. His killers were acquitted by an all-white jury.

During the late 1950s and early 1960s, the Civil Rights Movement grew quickly in the United States. Prompted by Till’s murder, Rosa Parks famously refused to move to the back of a public bus, launching the Montgomery Bus Boycott that led to the integration of the Montgomery, Ala. public transportation system. In 1960, students at NC A&T State University in Greensboro peacefully protested at a segregated lunch counter in downtown Greensboro, NC. The Sit-In Movement grew to 50,000 participants nationwide in just two months.

But there were tragedies alongside the successes. Dr. Sellers spoke about the 1963 bombing of the 16th Street Baptist Church in Birmingham, Ala. by the Ku Klux Klan. Four young African-American girls died in the bombing.

Dr. Sellers was already involved in the Civil Rights Movement at that point. As a student at Howard University, he worked behind the scenes at the March on Washington—the site of Dr. King’s legendary “I Have a Dream” speech. But events like the 16th Street Baptist Church attack made him want to do more. He became a leader in the Student Nonviolent Coordinating Committee (SNCC), one of the key civil rights organizations of the 1960s.

“I withdrew from school and in 1964, went to Mississippi,” he said. In 1964, Dr. Sellers was an organizer of the Mississippi Freedom Summer, an ambitious campaign to register Mississippi’s African-American citizens to vote as well as to provide schools and libraries to predominantly African-American communities.

More than 1,000 out-of-state volunteers, as well as thousands of African-American Mississippians, participated in the project. But many white residents in the state opposed the movement—and that opposition often was violent, and even deadly.

Three of Dr. Sellers’ colleagues—James Chaney, Andrew Goodman and Mickey Schwerner—disappeared one night following a meeting. Their bodies were recovered two months later in a shallow grave. Dr. Sellers volunteered to try and find the missing men, knowing full well that he, too, could become a target of racist violence.

“We stayed in the homes of people in those areas and we knew we were putting them at risk,” he said.

Dr. Sellers continued his activism and returned to Howard, earning a degree in 1967. He returned home to South Carolina, largely at the urging of his parents, who were worried for his safety. However, on Feb. 8, 1968, he found himself in the most dangerous situation of his life.

Students at South Carolina State University were protesting a local bowling alley which refused to admit African-American customers—in defiance of federal law. Tensions built over the course of several days and on the night of the 8th, white police offers fired into the crowd of protesters. Three students were killed and 27 others were wounded.

Dr. Sellers was charged with a range of serious felonies following the shootings—charges that lacked any evidence and which independent observers say were without merit. He ultimately was sentenced to seven months in prison for inciting a riot. No one else served any time for their role in the Orangeburg Massacre.

“To this day, there has not been any investigation into the Orangeburg shootings,” he said. “If you don’t deal with it, it’s going to stay with us.”

Twenty-five years later, Dr. Sellers was given a full pardon by the state and in 2001, South Carolina Governor Jim Hodges formally apologized on behalf of the state for what happened that deadly night in 1968.

Following his release, Dr. Sellers again went back to school, earning a Ph.D. and eventually taking an administrative position with the University of South Carolina. In 2008, he became President of Voorhees College in his hometown of Denmark, SC. 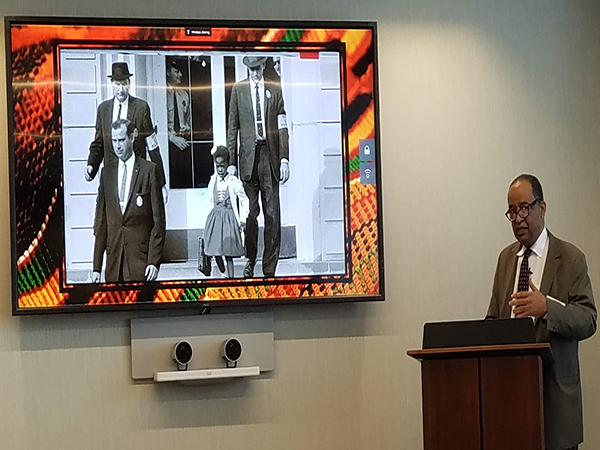