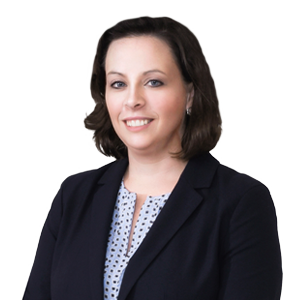 In Part I of the Opinion, the Court summarized the Fair Credit Reporting Act, the applicable proof requirements and set forth the allegations of the Named Plaintiff and Class Representative, Sergio Ramirez.  Those facts have been set forth in an earlier post on this blog.  In short, Mr. Ramirez and the class of 8,184 other members presented three claims under FCRA to a jury: a reasonable procedures claim and two claims relating to the formatting of the reports and summary of rights, arising from the use of TransUnion’s “OFAC Advisor” tool which added an alert to a credit report to indicate whether the consumer was a Specially Designated National (“SDN”) on the Office of Foreign Assets Control (“OFAC”) list.    The Ninth Circuit affirmed the jury award as to all counts, finding that the class members had standing to assert all three claims, but reduced the punitive damages award as excessive.

In Part II of the Court’s Opinion, Judge Kavanaugh discussed Article III standing noting that Article III standing requires three elements: “a plaintiff must show (i) that he has suffered an injury in fact that is concrete, particularized and actual or imminent; (ii) that the injury was likely caused by the defendants; and (iii) that the injury would likely be redressed by judicial relief.”  2021 U.S. LEXIS 3401, *16.  Here, as it was in Spokeo, Inc. v. Robins, 578 U.S. 330 (2016), the relevant element is the first – a demonstration of concrete harm – “that is, real, and not abstract.”  2021 U.S. LEXIS 3401, *18.  The Court considered the factors that make tangible, intangible and constitutional harms concrete.  The Court made clear, reiterating the holding in Spokeo, that the violation of a statute, without more, is not evidence of concrete injury-in-fact.

2021 U.S. LEXIS 3401, *21 (emphasis added).  Summarizing the importance of the concrete-harm requirement, Justice Kavanaugh wrote it is “essential to the Constitution’s separation of powers.”  Id. at *24.

The Court went on to apply the law regarding standing to the claims at issue.  The Court found that those 1,853 class members (including Mr. Ramirez) whose credit reports containing misleading information were transmitted to third parties has demonstrated an intangible injury of reputational harm, such as that often alleged in connection with a defamation claim.  Rejecting the argument of TransUnion that the information regarding OFAC was not literally false, but rather was only misleading, the Court held that the Class Members’ asserted harm satisfied the close relationship test; “the harm from a misleading statement of this kind bears a sufficiently close relationship to the harm from a false and defamatory statement.”  Id. at *28.

According to the majority, the credit reports of the remaining 6,332 class members had not been disseminated to a third-party and thus, the misleading or false information on the credit report did not constitute concrete harm.  “The mere presence of an inaccuracy in an internal credit file, if it is not disclosed to a third party, causes no concrete harm.”  Id. at *30.  The Plaintiffs and Class Members, relying on Spokeo, argued that the risk of harm or material risk of harm was sufficient to establish standing, however the Court held that the imminent and substantial risk of harm may give rise to standing for a claim seeking injunctive relief, it does not necessarily also establish standing for damages.

Concerning the two remaining claims regarding the formatting of the disclosure and the summary-of-rights claims, the Court held that none of the class members, except Ramirez, have demonstrated any harm relating to these claims.

Justices Thomas and Kagan authored dissents opining that the majority misapplied the teachings of Spokeo and the precedent on which Spokeo was founded.  The dissenting opinions suggests that concrete injury need not be the only inquiry.  As Justice Thomas wrote while a “pithy catchphrase” “no concrete harm, no standing” requires a deeper inquiry.  The dissent also disagreed with the majority’s rejection of the “risk of harm” as too speculative.  In her dissent, Justice Kagan questioned:  “[W]hy is it so speculative that a company in the business of selling credit reports to third parties will in fact sell a credit report to a third party?”  Id. at *67.

Ultimately, the majority seems to pose to the reader a single rhetorical question: Who could possibly think that a person is harmed when he requests and is sent an incomplete credit report, or is sent a suspicious notice informing him that he may be a designated drug trafficker or terrorist, or is not sent anything informing him of how to remove this inaccurate red flag?  The answer is, of course, legion: Congress, the President, the jury, the District Court, the Ninth Circuit, and four Members of this Court.

Lessons Learned:  This 5-4 Decision with strong dissenting opinions makes clear that the issue of Article III standing continues to be at the forefront of claims in which statutory violations are clearly established but the harm is less so.  The majority’s framework will translate to different level of proof necessary to demonstrate concrete harm to all plaintiffs (and class members).  Alternatively, as the dissent cautioned, “[b]y declaring that federal courts lack jurisdiction, the Court has thus ensured that state courts will exercise exclusive jurisdiction over these sorts of class actions.”  Id. at 65, n. 9.

For Cannabis Dispensaries, Ounce of Prevention Worth More than Pound of Cure

Why Data Security and Legal Should Be Friends

Does the UK Risk Its Data Position with the EU by Acting Reasonably?

After the Recall: A Framework for Recovery

You Can’t Get a Nursing Degree at Law School

Biomarkers: Do We Really Need to Discuss Privy Privacy?

The Slow-Tech Movement in a High-Tech World: Mobile Phones

Additional Thoughts on “The Right to Hide the Published Truth”