COVID-19 Variants: The Game of the Name 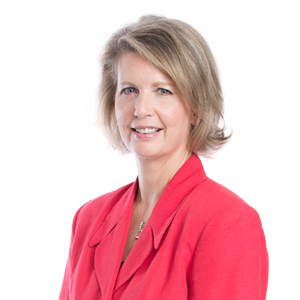 You have likely heard of the Delta variant of COVID that has recently been spreading rapidly throughout the world. As of mid-June, it had reached 74 countries, is in almost every state in the U.S., and is thought to be more transmissible than previous COVID variants.

But, did you wonder where the Delta variant arose? Remember the “UK variant” and the “South African variant” we previously had? Where are they now?

In its release, the WHO stated that scientific names are often difficult to say, are prone to misreporting and lead to variants being called by the first place they were detected, “which is stigmatizing and discriminatory.”

Additionally, it may not even be correct. For example, the Spanish flu of 1918 is not believed to have originated in Spain, but in the United States – specifically, Haskell, Kansas. But during WWI, the effects of the flu on the US and its allies were minimized to maintain morale for the troops. Since Spain was neutral, the flu’s devastating effects were freely reported and thus seemed to hit Spain much harder than other countries. Hence, the name, the Spanish flu.

If you know your Greek alphabet, you may be thinking – what about Gamma? The Gamma variant (aka P.1) is believed to have originated in Brazil.  According to the most recent data from the U.S. Centers for Disease Control (CDC) variant tracker, Gamma has been detected in all regions of the continental U.S.

Alpha, Beta, Gamma, Delta and Epsilon are classified as Variants of Concern (VOC) for the CDC, defined as:

A variant for which there is evidence of an increase in transmissibility, more severe disease (e.g., increased hospitalizations or deaths), significant reduction in neutralization by antibodies generated during previous infection or vaccination, reduced effectiveness of treatments or vaccines, or diagnostic detection failures.

There are only four “variants of concern” for the WHO, which is defined as one with increased transmissibility or virulence or causing a decrease in effectiveness of public health and social measures, or vaccines and other therapeutics.

The WHO has labeled seven “variants of interest,” which are Epsilon through Lambda, defined as those that have caused community transmission/clusters or have been detected in multiple countries, or is otherwise assessed to be of interest by the WHO.

Keep your fingers crossed that we don’t see the Omega variant.