Why The Mansfield Rule Matters 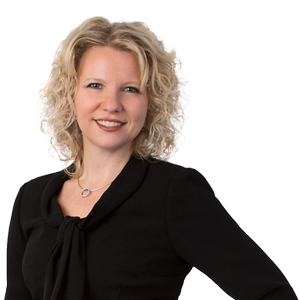 This article is based on a recent Womble Bond Dickinson In-House Roundhouse Podcast. Click here to listen to Cathy Hinger and Diana Toman discuss the Mansfield Rule.

In 2003, the NFL instituted the Rooney Rule—a policy to increase the number of minority coaches by encouraging teams to interview diverse candidates for head coaching positions. The road to inclusion remains a work in process for the NFL, but the Rooney Rule has been successful in helping improve diversity in the league’s coaching ranks.

At the 2016 Women in Law Hackathon, the legal community developed an application of the Rooney Rule’s principles to the hiring and promotion of women in senior attorney positions. That idea grew into the Mansfield Rule, named after Arabella Mansfield, the first woman licensed to practice law in the US 150 years ago.

So What is the Mansfield Rule?

The focus of the Hackathon was on advancement of women in the legal profession, but as the idea progressed, the Mansfield Rule has expanded from applying to women, to now applying to lawyers of color,  LGBTQ+ attorneys and attorneys with disabilities.

The idea is that when you have a level playing field and expand your candidate pool to include more than one woman or diverse attorney, those candidates are more likely to be judged on their qualifications and there is a greater likelihood of a deserving woman, minority, LGBTQ+ or attorney with disabilities getting the job or promotion.

Firms participating in the Mansfield Rule set benchmarks that women, minority, disabled and LGBTQ+ lawyers make up at least 30 percent of the candidate pool for the following positions:

In all of these categories, it is important to note that the Mansfield Rule doesn’t just apply to lateral candidates who are being recruited. It also applies to attorneys who already work at the firm who are being considered for leadership positions or equity partner elevation.

In July 2019, the Mansfield Rule added a legal department component, so that in-house legal departments now have a standard they can measure themselves against, just as law firms already have.

The Diversity Lab, which administers the Mansfield Rule program, is offering resources to help companies meet these targets, including a Client Forum for in-house counsel. This event will give in-house lawyers an opportunity to meet and network with diverse candidates from Mansfield-certified firms. The goal is to provide diverse attorneys with a better understanding of how corporate clients hire them and their firms, while giving in-house counsel a chance to network with diverse candidates for outside work. The pilot group of Mansfield-certified legal departments will be announced this summer.

In September 2019, the Diversity Lab (in conjunction with more than two dozen major companies and five large law firms) launched the Move the Needle Fund. This fund provides $5 million for experimental, research-based approaches to improving diversity and inclusion in the legal industry.

Why Do We Need the Mansfield Rule?

There has been a significant pipeline of diverse talent coming into the profession, but getting to leadership is where there has been a drop-off. Women make up approximately half of law school graduates and new associates, but less than 20 percent of equity partners, according to an ABA report. The same report found that only one-quarter of GCs at Fortune 500 companies are women.

The statistics are even worse for attorneys of color, with a recent National Association for Law Placement (NALP) report finding just 6.6 percent of equity partners are racial/ethnic minorities.

While some progress is being made to close these gaps, it will be decades before we organically reach any level of equity. We, as a legal profession, need to do something to speed up this progress and promote change. And that is what the Mansfield Rule is intended to do.

Signing up to participate in the Mansfield Rule program says a law firm or legal department is truly committed to diversity and inclusion. Quite honestly, over the past 10 years, a lot of firms have paid lip service to diversity, without delivering much in the way of results. The Mansfield Rule requires accurate data, and that is extremely helpful for legal departments in evaluating outside firms.

How Does the Mansfield Rule Differ from Other Diversity and Inclusion Initiatives?

Law firm business development is traditionally driven by relationships and other intangibles. The Mansfield Rule requires firms and legal departments to focus on processes and put structure in places where it may not exist. For example, this may require rewriting recruiting descriptions or revising how attorneys are nominated for firm leadership positions. Participants also have to collect data and work toward objective benchmarks, which are validated by a third party. Mansfield Rule firms and legal departments must do measurable things and hold themselves (and their vendors and contractors) accountable for the results.

Earning Mansfield Rule certification forces law firms to change culturally in a positive way, perhaps in a way we haven’t had time to stop and think about before. Such a cultural shift involves requires every practice group leader and certain high-level staff members (Directors of Recruiting and Professional Development, for example) to be educated on and invested in the Mansfield Rule process.

Participants also have to work together with other law firms and legal departments to share best practices, which is something that the legal profession typically doesn’t do – or at least not well.

Finally, an intangible impact is the springboard that being at a Mansfield Rule-certified firm gives to diverse attorneys within that firm. It helps open the door for courageous conversations that otherwise would be a bit daunting and awkward.

So what’s next for the Mansfield Rule? We expect percentages to increase for law firms in terms of attorneys hired and promoted. Low retention rates of diverse talent is an ongoing concern for law firms. Firms must work closely with legal departments to ensure that diverse lawyers are getting quality work and fair credit.

For legal departments, there is an opportunity to learn together and share resources, regardless of the company’s size. The legal department can become a shining star within a company when it comes to promoting diversity, and the Mansfield Rule provides a pathway to do so.

Just wanting diversity isn’t enough—we have to put the work in. Sometimes, we may trip along the way. But if we are really committed and putting in the resources, we are going to get to a better, more equitable place.

Diana Toman has nearly two decades of experience as an in-house counsel, including serving as Senior Vice President/General Counsel for global corporations.