Transacting in a Remote Work Environment: A Primer on Electronic Transactions and Electronic Signatures

This article is based on a Sept. 9 Womble Bond Dickinson webinar.

The COVID-19 pandemic has accelerated the shift away from ink-and-paper and toward electronic signatures and records. Such electronic options offer not only convenience, but also safety (in the form of social distancing) and security (via sophisticated encryption and audit trail features). But before using DocuSign, Adobe or a comparable electronic signature platform in a transaction, there are a number of issues attorneys must consider—both in terms of legal compliance and enforceability as well as best practices for a real-world transaction.

While e-signatures have become much more prevalent during the pandemic, “the question of what constitutes a signature is not so new. Under the Statute of Frauds, a lot of things do,” Womble Bond Dickinson attorney Jackie Camp said. Camp regularly represents clients in complex international project finance transactions and she’s seen a recent shift toward e-signatures. The key is that the signer has authenticated the document, she said, no matter how they do it.

The question of what constitutes a signature is not so new. Under the Statute of Frauds, a lot of things do.

In general, e-signatures work if the parties agree they work. As a best practice, e-signatures should be specifically permitted in a clause in the contract.

For example, Camp recently worked on a complex lending transaction in which the parties used DocuSign. One party requested changes after the contract had been agreed to. “So we took the cautious approach and recirculated the entire document. It’s easy to do with DocuSign and it seemed the prudent thing to do. We wanted to make sure that if the contract were ever litigated, it would be admissible in court,” she said.

The ESIGN Act and UETA

According to Womble Bond Dickinson attorney Joseph Speight, the federal Electronic Signatures in Global and National Commerce (ESIGN) Act of 2000 says that records or signatures may not be declared invalid simply because they are in electronic form.

“They may be invalid for other reasons, but they aren’t going to be disqualified because they are DocuSigned, for example,” he said. But there are some exceptions, such as wills and other family matters.

“Some lawyers throw in a notarization out of an abundance of caution. But if the law doesn’t require it, you may not need to include it,” Camp said.

She also said that corporate board members are generally allowed to sign documents electronically—but she recommends having specific bylaws that allow e-signatures.

The UETA in North Carolina: A Case Study

Despite the first letter of its name, the UETA is not, in fact, completely uniform across the country. While some states have adopted the standard UETA, others have made state-specific adjustments to the UETA, while still preserving its overall purpose of fostering greater ease in electronic commerce. Take the North Carolina Uniform Electronic Transactions Act, for example.

“The goal of the law is to break down barriers and make it easier to do business,” Speight said.

The goal of the law is to break down barriers and make it easier to do business.

Under the NC UETA, the parties must voluntarily agree to conduct a transaction by electronic means. Speight also noted that under the NC UETA, records must be preserved just as they would be if the documents were manually signed. The NC UETA also mandates that the intended signer must be the person actually performing the electronic signature. Speight noted that DocuSign uses IP addresses and similar data to ensure that signatures are signed by the appropriate signatory.

Womble Bond Dickinson attorney Alyse Young added that the intent of the NC UETA is to be flexible in order to apply to the fast-changing array of digital communications options available. However, there are notable exceptions to the NC UETA, including:

There are strict statutory requirements for an electronic record to be considered a transferable record.

What happens if the validity of an e-signature is challenged in court? Womble Bond Dickinson business litigation attorney Mark Henriques noted a 2018 case in North Carolina involving a contract default. One party claimed there wasn’t a signed contract, but DocuSign records indicated that the contract was viewed and signed by an authorized representative of both parties.

“Here, the court used that DocuSign record to say, ‘We have a record of submission and signature and there is no genuine issue of material fact regarding ratification of the contract,’” Henriques said. He said, in some cases, electronic signatures may reduce the number of disputes over admissibility.

Young noted that DocuSign provides an audit trail file that users should maintain in the event of a dispute.

A sample short-form clause could be: “This [Agreement] may be executed and delivered in counterparts, including by way of electronic signature (PDF formats included), each of which shall be deemed an original, but all of which together shall constitute one and the same instrument.” Attorneys may wish to draft a longer clause which addresses specific issues, particularly when the transaction is a complex one.

Attorneys also should keep in mind best practices related to electronic record retention. “As a litigator, retention is a key piece for me,” Henriques said. Companies should ensure they have sufficient storage on servers to house documents securely.

As a litigator, retention is a key piece for me.

Generally, documents executed electronically must be retained for the same length of time as if they were signed in wet ink. Records also should be accessible in a form that can be reproduced easily (such as a PDF) and records required to be maintained by law must satisfy the statutory requirements.

“Authentication also is an important facet of the electronic signature,” Young said. An audit trail can provide that level of authentication, and many off-the-shelf e-signature software platforms provide this capability. She also said users should look for login security and encryption protection for signed documents.

Having a company signature policy and conducting employee training are key to ensuring that best practices are met. Companies should establish guidelines for employees on when and how electronic signatures may be used. Written policies should also specify the procedures for determining and obtaining proper authorizations before committing the company to binding obligations, just like any other agreement. The goal is to prevent unauthorized employees from entering into electronic agreements that create unintended consequences for the company. Once a policy is in place, train employees in order to promote compliance with the company’s electronic signature policy.

E-signatures and electronic records are here to stay—and largely that is good news for attorneys and the clients they represent. However, employing such instruments requires an understanding of the legal requirements for electronic signatures and transactions. 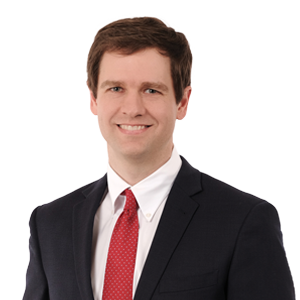