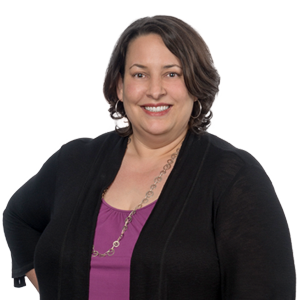 COVID-19 is having a dramatic effect on everyone’s lives. Our thoughts go out to all those who have been infected and their loved ones. While health has to be the first priority for everyone, this situation also raises significant economic and business issues. Businesses are seeing interruptions in supply, and many contracts can no longer be performed. Businesses are trying to decide whether and how to “push the pause button.” Others are unable to perform their contractual obligations and are trying to determine their legal rights. This article discusses some of the legal issues that inform the decision-making process.

As of March 20, 2020, there have been state of emergency declarations from the federal government in all 50 states and in all populated American territories because of the COVID-19 pandemic. Many of these emergency declarations have closed schools, limited public gatherings, and limited restaurant activities to takeout or delivery.

Many states, including California, New York and Illinois, have also initiated shelter-in-place orders.  Hundreds of cities and counties have also entered such orders. In the event of a shelter-in-place order or a state’s COVID-19 mitigation initiative, the distinction between “essential” and “nonessential” is crucial in assessing whether a business may have to reduce operations (to a state known as “minimum basic operations”) or close for a period of time.

There is uncertainty as to what is a “nonessential” business state-to-state, and authorities may not approach this consistently. California has referenced the Memorandum on Identification of Essential Critical Infrastructure Workers During COVID-19 Response from the US Department of Homeland Security, Cybersecurity & Infrastructure Security Agency (CISA). CISA identifies 16 sectors considered to be “essential,” and is part of the National Infrastructure Protection Plan (NIPP). This listing is advisory by CISA, but the California Order implements it as is in its listing of “essential businesses.”

However, some orders have listed different definitions of “essential business”—for example, the Alameda County order that affected San Francisco differs from the state-wide California Order. Pennsylvania and New York have each taken different paths on defining “essential business,” so there will be no “one size fits all” solution. Determining whether a particular business is required to close requires case-by-case analysis.

The common law often recognizes a defense of impossibility. A party should not be held liable for breaching a contract that they could not perform. For example, laryngitis may make a singer’s concert performance impossible. Death and disability make personal service contracts impossible.

Some of the government orders surrounding COVID-19 may in fact render performance impossible. A contract committing to put on a theater show on March 30 is now impossible in locations where theaters have been ordered to shut down.

Some courts also recognize a defense of impracticability. Here, a party must show that performance has been made excessively burdensome by a supervening event. Generally, the supervening event must be: 1) unforeseeable (but not inconceivable); 2) not the fault of the excused party’s; 3) inconsistent with the basic assumption of the parties at the time of contract; and 4) something that a reasonable party would not have guarded against in the contract.

B.     Frustration of Purpose

Some courts also recognize a separate doctrine called “frustration of purpose,” which is similar to the impracticality defense. Under this doctrine, performance is excused when a supervening event fundamentally changes the nature of a contract and makes one party’s performance worthless to the other. Unlike the other defenses, this doctrine has nothing to do with inability to perform. For example, if a contract called for cleaning a theater after a performance, the cancellation of the performance frustrated the purpose of the contract. The contract can still be performed (i.e., the cleaning personnel are available and the theater is available for cleaning), but the purpose (cleaning up after a performance) has been frustrated, making cleaning a wasted effort.

Unlike the preceding defenses, which arise under common law and potentially apply without regard to the language of the contract, the defense of force majeure is based on a contractual provision. Accordingly, companies should check their contracts, and those with their suppliers, for force majeure clauses. The clauses generally take two forms. The most general form excuses performance under the contract when it is due to any circumstance outside the party’s control, which presumably would include performances prevented by coronavirus. The second type of force majeure clause lists specific events that trigger the clause.

In most cases, force majeure events are contemplated to cover acts of God, extreme weather events, riot, war or invasion, government or regulatory action including strikes, terrorism, or the imposition of an embargo. It is less common to see force majeure clauses that expressly contemplate a global health emergency, pandemic, or epidemic as a force majeure event.

In addition to the force majeure event, many courts also require that the party shows an attempt to perform the contract regardless of the triggering event (here the epidemic), perhaps by finding an alternative source of supply.1

The China Council for the Promotion of International Trade has apparently already issued over 3,000 force majeure certificates. However, these certificates are not dispositive. Instead companies, and ultimately arbitrators and courts, will have to examine each contract and the specific circumstances to determine if a force majeure clause applies and performance under the contract is excused.

Some states in the U.S. have specific rules regarding notice of force majeure claims, including when notice must be given. Companies should check with counsel about the proper timing and format of the notice, based on the jurisdiction, choice of law provisions in the contract, and specific notice language in the contract.

Finally, companies asserting these defenses, suffering damages from breach, or generally impacted by COVID-19, should keep good records regarding the factual circumstances and damages incurred because these documents will be central to any later legal proceedings. Counsel should also consider whether litigation is “reasonably foreseeable” such that it triggers an obligation to implement a litigation hold.