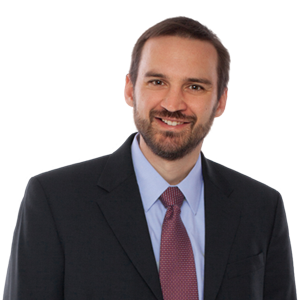 Womble Bond Dickinson attorney D. Scott Anderson recently moderated a panel discussion featuring Joey Osborne, former founder and owner of Mosquito Authority and Pest Authority; Greg Higgs, founder and CEO of Fab Fours; and Jim Benedict, Senior Wealth Strategist at PNC. This Charlotte Dealmakers 2021 discussion was sponsored by Womble Bond Dickinson and PNC. The following article is based on that conversation, which can be viewed here.

So planning for a liquidity event is one of the most important decision any entrepreneur or business executive can make. Success in selling a business depends on planning and execution—and in the often uncertain world of entrepreneurship, these are two things a business owner can control.

In 2002, Joey Osborne launched Mosquito Authority and Pest Authority as a family-owned business in North Carolina. By 2020, the company had grown from a single location to a franchise model, with 450 locations in 38 states.

Investors took note of the company’s success and growth, and multiple investors approached Osborne about buying Mosquito Authority/Pest Authority. He carefully considered several deals, before agreeing to selling a majority of the company. As part of the deal, Osborne agreed to stay on as an advisor.

Around the same time Osborne was getting his company off the ground, Greg Higgs combined his talent for innovation and his love of cars to create Fab Fours. The company makes high-end aftermarket bumpers and accessories for trucks and Jeeps. Fab Fours experienced tremendous growth and success, and in 2019, a larger company approached Higgs about a possible acquisition.

Higgs passed on the chance to sell that year, but a year later, he and the same buyer made the deal. The transaction saw the acquiring company acquire 100 percent of Fab Fours, with Higgs receiving a four-year earn-out and an ongoing role leading Fab Fours.

“For most business owners, the vast majority of their assets are tied up in their business – and those assets aren’t liquid,” Jim Benedict said. So when selling a company, he said it is vital to consider the client’s current and future financial needs.

Benedict works with business owners not only to complete transactions, but also to incorporate such deals into the overall context of the client’s wealth management plan.

So when is the right time to consider a liquidity transaction? The answer to that question is as individual as the business itself.

“Don’t jump on the first deal that comes along—be patient."

Osborne said he never really considered that his company might be of value to investors. But after a competitor was acquired, “that triggered a feeding frenzy,” he said. Around 10 possible suitors contacted Osborne looking to buy into the company.

Both Osborne and Higgs stressed the importance of having the right leadership team to help the company through an acquisition or merger. In most cases, the founder doesn’t have that type of personal experience. For example, Mosquito Authority/Pest Authority brought in a CEO with M&A experience before beginning the process, and Osborne said that was invaluable.

“The organic development of the leadership team I have was born out of me not wanting to do those jobs!” Higgs said. “I had done those jobs and I certainly can do them. But on day one, I had an ambition to build a large company, and that just wasn’t scalable if I was doing all these different jobs.”

In his case, he said he sees himself as more of an inventor and marketer, rather than a manager, and he wanted to focus his time and energy on product innovation, rather than day-to-day business operations.

Deciding on the Right Deal Structure

There are a number of options for structuring a deal—should it be a merger, an asset acquisition, or a stock purchase? Should the acquiring party purchase 100 percent of the company, or just a controlling share? What role should the former owner play in the new entity, if any?

“Very often, a private equity company will present multiple deal structures,” Benedict said. “We need to match the structure to the client’s needs.”

For example, during the pandemic, Benedict said he saw a lot of backloaded purchase agreements. But now that the economic uncertainty is starting to fade away, he said more clients are choosing to take an equity stake in the new company, rather than walk away completely.

“That’s a common way to do this—to have the original owner leave a few chips on the table, so to speak,” D. Scott Anderson said.

Anderson said another important consideration is how to communicate a possible sale to employees, customers, vendors and other important stakeholders.
“Obviously, it’s a delicate situation,” Higgs said. “Fab Fours has a small leadership team, so they had to be involved in the due diligence…Due diligence is a lot of work. The rollout to the actual company was rocky, too. You never know until all the transfers are complete. I wasn’t going to believe it until I saw it.”

Osborne said one of his first steps was to reach out to Benedict and other experts. He said this guidance not only made the process smoother, but he believes it resulted in a significantly better final deal.

“It was so essential to bring in pros to handle the deal,” he said.

Again, Benedict said the business owner’s personal financial needs have to be considered in any liquidation deal.

“It’s never too early to get your pre-transaction personal planning in place. It doesn’t mean you know how you are going to do it, but everyone transitions out. The question is, ‘Will you do it on your own terms?’” he said.

Benedict recommends doing this personal planning three to five years in advance of any liquidation, but notes “There’s never a bad time.”

Once that planning is done, Anderson said owners “need to figure out your ‘number’ – what do you want to get out of a sale?”

Also, Benedict said sellers shouldn’t ignore the human side of the transaction. Often, the needs of children and future generations are an important consideration, as are the needs of the newly unemployed former owner.

He said a transition is easier when the founder continues to work for the company. But if not, the seller needs to figure out what post-sale life will look like. “What happens is that clients sell their business and on Monday morning, they have nowhere to go. They need a purpose in life; otherwise, they get depressed,” he said.

So having been through a successful sale, what advice do Higgs and Osborne have for other entrepreneurs?

“Even if you are leaving, you still want a great partner for your employees,” Higgs said. “You need a partner that really wants to leverage your strengths.”

“Make sure you really like the buyer,” Osborne said. In his case, he knew that one potential buyer just wasn’t a good fit for his company, so he walked away from what might have been a higher offer. Instead, he chose a a buyer that he had a great relationship with, and he said that decision has worked out really well.

“Don’t jump on the first deal that comes along—be patient,” he said.

Womble Bond Dickinson has more than 150 dedicated corporate and securities lawyers focused on advising public and private companies on the full range of corporate transactions, regulatory and corporate governance matters. Our team is located throughout the United States and the United Kingdom, offering transatlantic capabilities for cross-border and international matters. We have deep roots in North Carolina from our founding in Winston-Salem over 140 years ago and have grown steadily within the region to become one of the largest and longest standing law firms in the state. With offices in the three largest metropolitan areas of the state: Metrolina (Charlotte); Research Triangle of Raleigh, Durham, and Chapel Hill; and the Piedmont Triad of Winston-Salem, Greensboro, and High Point, we are deeply committed to helping build and strengthen North Carolina’s economy. Learn more.