Government Contracting Challenges and Opportunities with the Infrastructure Act, Supply Chain, and Beyond | Womble Bond Dickinson Skip to main content 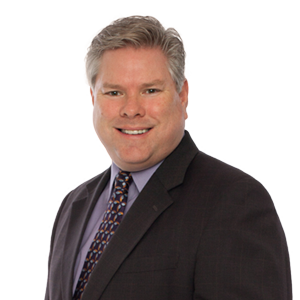 The Opportunity Economy series concludes with a conversation on U.S. Government contracting, which will be a particular area of economic focus given the $1.2 trillion recently approved by Congress. Womble Bond Dickinson attorneys Suzanne Boehm and Sarah Motley Stone joined Mary Karen Wills, Managing Director at the Berkeley Research Group, to examine both expanded opportunities for companies in Government contracting, as well as the unique challenges companies in this sector must keep in mind. Womble Bond Dickinson attorney Mark Henriques hosted the discussion, which took place on an episode of the “In-house Roundhouse” podcast. The article below is based on that conversation.

On Nov. 5, Congress approved the $1.2 trillion infrastructure bill, after months of delay and uncertainty in the House after the bill received quick, bipartisan approval in the Senate.

Passing the infrastructure bill was a cornerstone of President Biden’s domestic agenda, but White House officials are not the only people celebrating. The infrastructure bill also presents tremendous opportunities for Government contractors to pursue the massive amount of public projects that will be created as a result of the bill. But as is often the case in business, potential problems lurk alongside the opportunities.

“Modernizing infrastructure creates jobs, and historically, it invigorates small businesses,” Boehm said. “But some companies new to Government contracting may not understand the implications of receiving those federal funds. There are multiple ways you can be considered a federal contractor, subject to those rules and regulations.”

“Modernizing infrastructure creates jobs, and historically, it invigorates small businesses, but some companies new to Government contracting may not understand the implications of receiving those federal funds. There are multiple ways you can be considered a federal contractor, subject to those rules and regulations.”

Government Contracting and the Infrastructure Bill: The Basics

So what exactly is in the infrastructure bill? The final legislation approved by Congress provides:

Wills said, “Of course, it’s going to take a while to roll out the infrastructure bill. But there will be opportunities not only at the federal level, but also at the state level, where a lot of federal dollars flow.”

Wills said that in the private sector, relationships are the cornerstone of many business opportunities. Companies do business with partners they know, trust and like, and give and take can be part of that working relationship.

But when the federal Government is the customer, the contract and resulting requirements govern everything. Government contractors must have knowledgeable people on their team or as outside resources who can interpret the complex contract terms and guide companies in executing performance in a manner that strictly complies with the governing law and regulations.

“Many companies just haven’t staffed up with a skilled contracts person. Certainly, you can outsource that to an attorney like Suzanne. The devil is in the details of the contract and you have to be all over it,” Wills said. For example, companies that provide goods and services to the federal Government must often meet Buy American Act requirements.

And just as the level of complexity in federal contracts can be challenging, so can the repercussions for failing to comply with the precise terms of the contract. Stone noted that while in the commercial sector, failing to adhere to a contract can result in ordinary-course civil litigation, in Government contracting, companies may be subject to False Claims Act litigation, with double damages and monetary incentives for whistleblowing employees.

“It’s a much higher level of scrutiny, given that taxpayer dollars are on the line,” Stone said.

Boehm said, “This is not an intuitive system and these rules and regulations aren’t easy to follow.” In addition to the dense layer of general federal contracting rules, she said almost every agency has “a supplement to a supplement” with additional agency-specific requirements.

Boehm explained that companies in this sector need expert guidance – not just lawyers, but informed professionals in accounting, compliance, HR, etc. “These issues aren’t necessarily things the Government is going to bring to your attention before they audit you for non-compliance,” Boehm said.

Companies also need to consider the scope and breadth of requirements for companies with federal contracts. Wills said the recent Executive Order requiring Government contractors to be vaccinated against COVID-19 is a good reminder that even when a company’s entire workforce may not be working directly on a particular contract, some federal contracting requirements still may apply company-wide.

“You have to think about the whole population of people who may be touching that contract,” Wills said.

“You have to think about the whole population of people who may be touching that contract."

The world’s current supply chain problems are well documented at this point, with companies and consumers having trouble getting everything from construction materials to Thanksgiving dinner staples. Businesses in the Government contracting space obviously are aware of these challenges, but they also need to know about potential complications specific to Government contracting.

For example, Boehm noted the aforementioned Buy American Act promotes and requires the use of certain American-made goods in some Government contracts, with limited exceptions or waivers. Unlike in the commercial world, federal contractors subject to this Act typically cannot substitute materials if the specified part or component is not available domestically.

In other cases, Boehm noted that some contracts may contain a Cargo Preference clause, requiring certain Government-impelled cargo be moved via U.S.-flagged vessels, only, absent a waiver.

Wills said that given the supply chain uncertainties, contractors must be aware of contractual penalties for delays in delivery or completion. In the private sector, companies typically have delay clauses in contracts. But Boehm noted that Government contractors “don’t have equal bargaining power to insist on those clauses.” And the federal Government typically does not agree to pay contractors in advance.

As a result, companies must find ways to mitigate the financial impact of supply chain complications. For instance, the company may have to outlay money up front for supplies to complete a contract that will not be paid for by the Government until final delivery, months down the road. Government contractors must often line up adequate financing to cover that exposure.

“Just-in-time inventory has been thrown out the window,” Wills said. “Protection is the name of the game now.”

Even as it expands opportunities for federal contractors, the Biden Administration also is cracking down on Government contracting fraud. One new enforcement tool in the DOJ’s toolkit is the Procurement Collusion Strike Force—a coordinated effort to combat antitrust, bid-rigging and other crimes in federal contracting.

Stone said recent federal enforcement efforts have targeted joint ventures and other activities taking place before a Government contract is awarded to ensure that no anti-competitive deals are being made between contractors.

“We’re also seeing [similar increased enforcement] issues with Small Business Administration set-asides,” Stone said. Such cases involve contractors falsely claiming that a small business partner would do the bulk of the work on a contract in order to win the contract. For example, “rent-a-vet” cases involve kickbacks going to veteran-owned companies in exchange for using their name on bids and proposals.

“I think we will continue to see a significant amount of activity in these spaces,” Stone said.

Staying out of trouble involves a comprehensive, company-wide approach to compliance. Government contractors should be aware of invoicing and HR requirements, for example, and ensure those departments are complying.

“Otherwise, it opens you up to significant risk,” Stone said. “Federal regulators want to make sure dollars are being spent responsibly and fairly.”

Wills said these problems often arise during the proposal phase. Contractors must review their bids carefully before submitting, she said. Will advised, “you want to make sure that the culture from the top is, ‘We do the right thing.’”

Documentation is important, too. Boehm said, “A different standard applies to a federal contractor. You’re dealing with taxpayer dollars, so things have to be transparent and verifiable. Not knowing what regulations are required [for compliance] is no excuse.”

Under the FAR Mandatory Disclosure Rule, contractors must be proactive in disclosing credible evidence of potential violations of certain criminal and civil laws, as well as significant overpayments, in connection with the award, performance, or closeout of a Government contract.

“A different standard applies to a federal contractor. You’re dealing with taxpayer dollars, so things have to be transparent and verifiable. Not knowing what regulations are required [for compliance] is no excuse.”

Government contractors cannot “wait and see” if their noncompliance will be pursued or noticed by the Government, Boehm said. As a Government contractor, “you have an obligation to come with your ‘hands up’ and disclose any potential violation,” even if it is not self-serving to do so, Boehm explained.

“That’s not always going to be intuitive for businesses,” Henriques said.

Finally, companies can encounter trouble when they are unaware of their status as a Government contractor and the accompanying compliance requirements that result.

“Believe it or not, it does happen,” Wills said. “There are a lot of ways companies can be included in the contract, either by being a prime contractor or a subcontractor or through purchase orders.” This pitfall is particularly common in Department of Transportation contracts—DOT money flows to the states, but federal requirements still are in place. The same applies to CARES Act funds given to states for COVID-19 relief.

“Where is the money ultimately coming from? That’s the question you need to ask,” Wills said. “I think this infrastructure package is going to present similar challenges. You’re going to see money flowing in a lot of different ways.”

So, how can companies prepare before diving into the competition pool for Government contracts, including those that may result from funds made available by the infrastructure act?

Boehm explained that for complex contracts or opportunities, she often creates compliance matrices for clients as a helpful tool—tracking every applicable clause under a Government contract or solicitation and the resulting compliance requirements. Also, Wills recommends forming a cross-functional strategic team with members from multiple departments, including HR, sales, accounting, and legal.

“Opportunity knocks—but mind your Ps and Qs when you sign that contract,” Stone said.