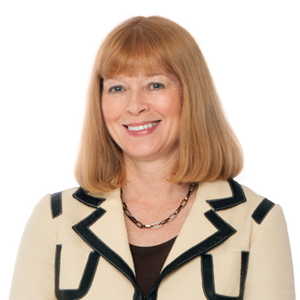 The General Counsel of AmecTek, a global software solutions company, faced a daunting challenge. A proposed new law would require corporate officers, under individual criminal penalty, to certify that all independent contractors are properly classified under federal, state and international laws, and that all contractors’ employees are properly classified for FLSA purposes.

However, when the General Counsel spoke with the company’s HR director, she learned that many workers were misclassified, and that AmecTek’s Chief Executive Officer had pressured the HR department to inaccurately categorize workers in order to save money.

It is a hypothetical scenario, but in-house counsel often must contend with similar situations. At the Association of Corporate Counsel’s Advanced Compliance Education Summit (ACES), which took place April 26-28 in New Orleans, in-house attorneys participated in a dynamic and interactive tabletop exercise designed to foster collaboration and innovative problem-solving.

For this exercise, in-house attorney participants in the program were divided into teams of six to eight people. Each team was assigned a facilitator to help direct the conversation.

The teams spent approximately 15 minutes discussing the scenario and brainstorming possible approaches to addressing the AmecTek dilemma. Bost said the following types of questions were assigned to various teams to address:

Then, each team shared their proposed solutions with another team.  The other team of attorneys then provided feedback on those ideas and – this is key, Rauscher said – the presenting attorneys were not allowed to rebut, explain or comment on any of that feedback. Instead, they were instructed simply to listen and consider what they were hearing from their peers.

Rauscher said that isn’t always easy for attorneys. Most of the comments were critical, punching holes in the solutions being presented. An attorney’s instincts are to defend his or her argument. But Rauscher said that a critical review can be constructive.

“It’s perfectly natural for attorneys and business people to be personally invested in their initial ideas and solutions to a problem,” McKee said. “But that pride-of-authorship may blind you to shortcomings or keep you from engaging in the additional, critical discussion necessary to generate an even better idea.”

Once the presenters returned to their table, they revised and refined their proposals, and to a table, found value in the feedback they had received from their peers. Each table then presented their ideas to the whole group.  And the facilitators then concluded the program with a list of high-level tips and lessons learned from the collective exercise.

“This exercise shows the value of the collective mind in reaching reasoned decisions,” Rauscher said. “At the end of the session, the resolution by the table is complete and well-rounded.”

The Womble Carlyle team has used this same basic exercise with other groups of lawyers, including attorneys from the ACC’s National Capital Region Chapter. But each session is unique, as each group of lawyers comes up with different ideas, different questions and different responses.

And while the AmecTek exercise was hypothetical, participants learned and practiced skills that they can take back and use at their companies to solve real-world problems.

“Good decisions aren’t made in a vacuum,” Womble Carlyle’s Schamel said. “Getting a broad range of informed opinions is an approach that in-house lawyers can incorporate into their regular decision-making process.”

As Michelle Bolero quietly closed her laptop, she could not believe what she had just learned. She stepped into the General Counsel job for AmecTek nearly two years ago. At every turn, she had been surprised at the lax controls in place for a company of AmecTek’s size. But this issue was categorically different.

AmecTek is a global provider of specialized software solutions for industries with complex modeling needs. The company got its start 12 years ago when its two founders, a small cadre of developers and a network of angel investors came together to launch a suite of software solutions designed to deal with technical problems in specialty engineering projects. There were engineering software products on the market, but AmecTek’s software offered significant improvements over the existing options. Their initial products were highly successful, and AmecTek quickly attracted top developers, subject domain experts, and salespeople who extended the core technology to several other industries and product lines. Their divisions had evolved to industry-specific solutions, and their corporate divisions were organized around those industries: engineering companies, biotech firms, universities, government and financial institutions. AmecTek went public seven years ago following the retirement of the first founder; the remaining founder became the CEO until he left the company three years ago to pursue philanthropic endeavors.

Upon that CEO’s retirement, the board, searching for fiscal accountability, promoted the CFO to take the reins as the new chief executive. The CEO himself is not a board member. Throughout his three year tenure, the current CEO has been vigilant in controlling expenses, bringing order and stability to the company’s sometimes frenetic activities. For example, over the last two years, the management team launched plans to cut costs by outsourcing non-value added functions. This hard work had begun to show results in the most recent annual financial statement where there were significant reductions to operating expenses. The company had weathered the recession well, however the stock price had taken a noticeable dip in the last several months as earnings and revenue fell short of expectations when a few key high profile sales contracts failed to materialize. Among the middle management ranks, there has been some recent grumbling about a talent drain because wages are no longer competitive. There have also been reports that employee morale has suffered at the hands of relentless expense cuts because the company’s most creative thinkers no longer feel they have the resources to innovate and some of the outsourcing decisions have created turmoil in the lower ranks.

Unfortunately for Michelle, the CEO holds a certain ambivalence for lawyers. Michelle’s position was created only after the board insisted on it when the auditors expressed growing concern with the company’s lack of controls. While the CEO appreciates the predictability and control of having a General Counsel, he resents the interference in his endeavors to execute his strategic plans. He is also frequently critical of paying expensive fees to hire lawyers and outside counsel whom he sees as unnecessary obstacles to meeting profitability goals. In spite of the lack of support, Michelle has had some successes in pushing through necessary improvements, in large part due to the support of the Board’s chairman who is scheduled to retire early next year.

Recent Changes in the Law

A few months ago, Michelle learned of a recent bill that was working its way through the legislature. If passed, the bill requires officers of corporations to certify, under individual criminal penalty, that all independent contractors are properly classified under federal, state and other nations’ laws, and that all employees of the contractors are properly classified for FLSA purposes. It was introduced by the minority party; but due to relentless media coverage and constituent outcries, even those who would normally oppose the bill began lining up behind it. Pundits predicted the vote would be close but would ultimately fall short. However, in a surprising burst of last minute deal-making, the bill passed and was signed into law earlier this week.

The drafters of the law were intentionally vague as to whether individual board members would be also required to sign the certification. Many experts who have followed the developments and legislative history believe that board members will be required to sign. The law is self-executing, and goes into effect 120 days after enactment. The Secretary of Labor has the authority to issue expedited regulations.

Michelle prepared a one page memo to the CEO explaining the implications of the law. His response was: “Please lead the implementation process.” Michelle has begun to wonder how she would guide the organization into compliance. Her knowledge of independent contractors is less than ideal due to limitations of the financial management system. Only contracts with value in excess of $200,000 are required to be provided to the company’s headquarters.

Michelle began by interviewing colleagues in the company to try to get a better handle on the scope of the project. She informally chatted with one of the product managers, who confided that he had been directed by HR to misclassify workers to save on the HR budget and this policy began three years ago. Both this product manager and the HR director knew that the workers were being misclassified. And Michelle immediately knew that the misclassification created liability under FLSA.

Michelle went to the HR director, a close colleague and friend, to discuss the issue. The HR director confirmed Michelle’s fears. He stated that he had deliberately changed the classification of a “number” of workers to save money. He would not go any further than that.

Given that the HR director declined to provide additional information, Michelle had his entire email history duplicated and stored to protect efforts to erase evidence. She started running some key word searches, and found a string of emails between the HR director and the CEO who was putting enormous pressure on the HR director to misclassify workers. The emails show that when he first assumed the reins as CEO, he admitted to the HR director that demand for the company’s solutions had long term limitations. He needed to harvest as much short-term profit as possible to shore up the income statement and balance sheet for potential acquirers. Only the CEO, CFO and HR Director were aware of this inside strategy.