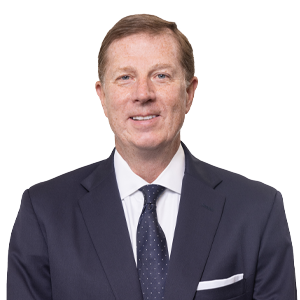 "This article originally appeared at Law360.com."

The Defend Trade Secrets Act (“DTSA”), signed into law last year by President Obama, revolutionized intellectual property law by creating a new civil cause of action permitting trade secret owners to sue for misappropriation in federal court under federal law. Prior to the DTSA, trade secret owners had to rely on state law to remedy misappropriation or to enjoin former employees without non-compete agreements from going to work for a competitor simply because of the confidential information they learned or had access to during the course of their employment.

One of the primary goals of the DTSA was to establish a uniform law of trade secret misappropriation. The DTSA expressly did not, however, preempt existing state law, which is anything but uniform on whether the inevitable disclosure doctrine can be used to obtain an injunction to prevent employees from changing jobs in the absence of concrete evidence of actual or threatened use of stolen trade secrets. Early draft versions of the DTSA were criticized precisely because the language could have been read to endorse the inevitable disclosure doctrine, which some jurisdictions have rejected or where it has not been officially recognized including Maryland, Virginia, California, Georgia, and the District of Columbia.

"In LeJeune v. Coin Acceptors, Inc.," 31 Md. 288 (2004), a case of first impression, the Court of Appeals of Maryland rejected the inevitable disclosure doctrine as a basis for granting a preliminary injunction under Maryland’s Uniform Trade Secrets Act (“MUTSA”), and that remains the law in Maryland today. To avoid conflict with state law that promotes at-will employment – especially in industries that thrive on innovation and a mobile workforce – the final version of the DTSA was changed. It authorizes a court to grant an injunction to prevent actual or threatened misappropriation provided that it does not “prevent a person from entering into an employment relationship, and that conditions placed on such employment shall be based on evidence of threatened misappropriation and not merely on the information the person knows.”

It appeared that the problem was solved. Or was it? There is only one reported decision in the federal courts in Maryland in a misappropriation case brought under both the MUTSA and the DTSA, but the district court did not have occasion to address whether the inevitable disclosure doctrine would apply in deciding the plaintiff’s motion for a temporary restraining order and preliminary injunction. Recent decisions from other federal courts, however, are starting to raise questions about the proper interpretation of the plain language of the DTSA and its explicit rejection of the inevitable disclosure doctrine.

"In Fres-co Systems USA, Inc. v. Hawkins, et al.," 2017 WL 2376568 (3d Cir. June 1, 2017), the US Court of Appeals for the Third Circuit applied what, for all intents and purposes, appears to be the inevitable disclosure doctrine in deciding an appeal of the district court’s grant of a preliminary injunction in favor of a former employer against its former employee of sixteen years. The injunction barred him from disclosing Fres-co’s confidential information and from soliciting twelve clients whom he had serviced while at Fres-co. Although the Third Circuit did not mention the doctrine by name, it concluded that the district court was within its discretion to find that the plaintiff satisfied the likelihood of irreparable harm element of a preliminary injunction because its former employee “would likely use his confidential knowledge [obtained during his former employment]” to his former employer’s detriment in his new job with a direct competitor. In reaching this conclusion, the Third Circuit emphasized the “substantial overlap” between what the former employee had done at Fres-co and what he planned to do for its director competitor – he would be working in “the same role, the same industry, the same geographic region.” In other words, the Third Circuit agreed with Fres-co’s argument that its former employee would be unable to perform his new job duties without inevitably using or disclosing Fres-co’s trade secrets without any specific proof that he would do so.  Because the Third Circuit did not distinguish between the plaintiff’s claims under the DTSA and the Pennsylvania Uniform Trade Secrets Act, it would appear that the mere threat of misappropriation based on a former employee’s knowledge acquired on the job is sufficient under both statutes to warrant granting a preliminary injunction against the former employee.

Federal district courts in Missouri and New York likewise have recognized the inevitable disclosure doctrine in cases brought under both the DTSA and the applicable state trade secret acts.  In "Panera LLC v. Nettles," Case No. 4:16-cv-1181, 2016 WL 4124114 (E.D. Mo. Aug. 3, 2016), the district court applied the inevitable disclosure doctrine, which has not been formally adopted in Missouri, to grant the plaintiff’s motion for a temporary restraining order against its former employee, who was “likely to draw upon, as a matter of course, his experience and knowledge with regard to Panera’s confidential systems and business strategy” at his new job. The district court in "Free Country Ltd. v. Drennen, et al.," Case No. 1:16-cv-8746, 2016 WL 7635516 (S.D.N.Y. Dec. 30, 2016), noted that the plaintiff “theoretically” could lodge an inevitable disclosure claim against its former employee “based on information still in [his] head.”

These decisions leave open the question of what would happen in those jurisdictions where, prior to the enactment of the DTSA, to get an injunction, it was not enough for a trade secret owner to simply show that a defendant’s new employment would inevitably lead him or her to rely on those trade secrets in order to carry out his or new job duties. At this early stage, it remains to be seen whether a split among the federal circuit courts of appeal worthy of Supreme Court consideration will develop as more cases progress through the appeals process. In the meantime, trade secret owners and their challengers need to play close attention to developing case law and how it will affect the fate of the inevitable disclosure doctrine in jurisdictions throughout the Mid-Atlantic, the Southeast, and beyond.