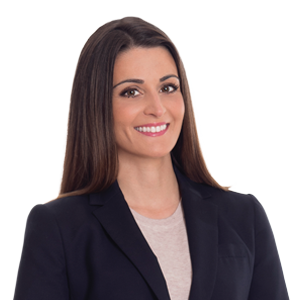 On January 27, 2021, the United States District Court for the Southern District of California granted in part and denied in part cross-motions for summary judgment by the plaintiff and the defendant in Andres Romero (“Plaintiff”) v. Monterey Financial Services, LLC (“Monterey”), et al., a Fair Credit Reporting Act (“FCRA”), California Consumer Credit Reporting Agencies Act and Fair Debt Collection Practices Act case involving allegations of identity theft.  Romero v. Monterey Fin. Servs., LLC, No. 19CV1781 JM (KSC), 2021 WL 268635 (S.D. Cal. Jan. 27, 2021).  The Court denied summary judgment as to whether Monterey conducted a reasonable investigation of Plaintiff's dispute under the FCRA but granted judgment in favor of Monterey finding that its investigation was not a willful violation under the statute.

Plaintiff claimed that he was the victim of identity theft when two cell phones, a pair of headphones, and a portable phone charger were purchased online from the company Emporium using Plaintiff's information (the “Purchase”). The goods, which Plaintiff claimed he did not receive, were delivered to a Texas address, where Plaintiff claims he never lived.  Following the Purchase, Emporium assigned the debt to Monterey for servicing and collection.  With the assignment, Emporium provided to Monterey the Plaintiff's name, social security number and the account “fraud score” it had determined.  At the time of assignment, the debt was current with two payments made.  Plaintiff disputed that the account was his and did not pay the debt.  Monterey began reporting the account as past due and “disputed” on Plaintiff's credit report.  Plaintiff continued to dispute the account, submitting multiple consumer dispute verifications (CDVs) in which he claimed the account was fraudulent (some contained a report of identity theft Plaintiff made to police).

Monterey investigated the dispute(s) and considered only the following: (1) the “import file” it received upon assignment containing Plaintiff's name, date of birth, and social security number; (2) that Emporium had already conducted a “fraud check;” and (3) that several payments were made on the account.  Monterey continued its attempts to collect the debt and sent Plaintiff a letter including the underlying agreement as proof of the debt.  Monterey also requested information from the Plaintiff, such as proof of that the Plaintiff did not live in Texas at the time of the Purchase; Plaintiff did not provide the requested information.  It was only after a Monterey collection supervisor spoke with Plaintiff's attorney, that Monterey deleted the account from Plaintiff's credit report.

Plaintiff filed suit against Monterey for failure to conduct a reasonable investigation under FCRA, which required that after receiving notice of Plaintiff's dispute, Monterey was to: “(A) conduct an investigation with respect to the disputed information; (B) review all relevant information provided by the consumer reporting agency [; and] (C) report the results of the investigation to the consumer reporting agency[.]” 15 U.S.C. § 1681s-2(b)(1).  Plaintiff must also show that Monterey’s violation of this rule was negligent or willful. See 15 U.S.C. §§ 1681n, 1681o.

The Court found that several material facts were in dispute and declined to grant summary judgment on the question of whether Monterey’s investigation was reasonable.  Citing Gorman v. Wolpoff & Abramson, LLP, 584 F.3d 1147, 1161 (9th Cir. 2009), Monterey argued that to conduct a sufficient investigation, it was only required to review its own files.  The Court rejected Monterey’s reliance on Gorman noting that the Gorman Court stated the reasonableness of an investigation under 15 U.S.C. § 1681s-2(b) is “generally a question for a finder of fact.” The Gorman Court granted summary judgment for the defendant finding that it reviewed “all the pertinent records in its possession, which revealed that an initial investigation had taken place,” but also because the defendant therein had “gone outside its own records to investigate the allegations.” Id. Here, the Court noted that unlike the defendant in Gorman, there were several disputes of fact as to whether Monterey’s investigation went beyond reviewing the records in its “possession,” whether Monterey was required to do more than ask Plaintiff for more documents (for example, speak to the detective who took Plaintiff’s report of identity theft), and whether its reliance on the Emporium “fraud score” was reasonable.  Thus, the Court found those questions of facts weighed on the reasonableness of the investigation and thus was an issue for the trier of fact.

With respect to the higher burden of willfulness, the Court held that, “a plaintiff must show not only that the defendant's interpretation was objectively unreasonable, but also that the defendant ran a risk of violating the statute that was substantially greater than the risk associated with a reading that was merely careless.” Romero v. Monterey Fin. Servs., LLC, No. 19CV1781 JM (KSC), 2021 WL 268635, at *4 (S.D. Cal. Jan. 27, 2021).  “That is, the defendant must have taken action involving ‘an unjustifiably high risk of harm that is either known or so obvious that it should be known.’” Id. (citing Taylor v. First Advantage Background Servs. Corp, 207 F. Supp. 3d 1095, 1101 (N.D. Cal. 2016).  The Court entered summary judgment in favor of Monterey on the issue of willfulness holding that “although Monterey may have willfully chosen not to pursue particular lines of investigation, e.g., declining to return a call from the detective who took Plaintiff's police report, this does not show, as a matter of law, that Monterey willfully disregarded its statutory duties to conduct a reasonable investigation.”  Id.

Lessons Learned:  Furnishers should give consideration to the extent and source of the information reviewed when presented with a consumer dispute as this may impact whether the investigation is deemed reasonable.

Are Your Baby’s Strained Carrots Safe? Considerations for Manufacturers

Dietary Supplement Use and COVID-19: What You Need to Know

How Will the "New" New California Privacy Law Affect Your Business?

Noise Pollution in Our Oceans: Can we turn down the volume for marine life?

Therapeutic Drugs and the Blood Brain Barrier: How to Break on Through to the Other Side

The UK Sets Out to Prove That You Are You