AT&T/TIME Warner DOJ Smack Down: You Don't Need a Weatherman to Know Which Way the Wind Blows 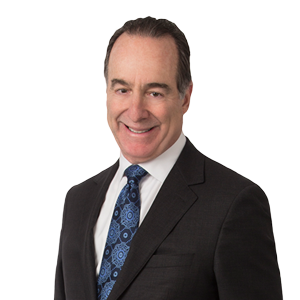 This article originally was published in Broadcast & Cable

Talk about a shellacking.  In his recent opinion in the latest incarnation of U.S. v. AT&T, U.S. District Court Judge Richard Leon rejected, in no uncertain terms, the U.S. Justice Department’s efforts to block AT&T’s acquisition of Time Warner.  AT&T is one of the nation’s largest Internet access, wireless mobile, local and long distance wireline providers, and the nation’s largest multichannel video programming distributor (MVPD), through DirecTV, a satellite MVPD, DirectTV NOW, its virtual over-the-top MVPD, and U-Verse, AT&T’s wireline MVPD.  Time Warner, is a media company with such popular brands as HBO, Cinemax, CNN, TBS, TNT, and other Turner programming networks.  The transaction has now closed, and the Government recently filed a notice of appeal of the judge’s decision.

The opinion is a 172 page tour-de-force on the state of the video programming industry and where things are headed, and how vertical combinations are evaluated under antitrust theory.  The court, in an opinion punctuated by over 20 exclamation points (!!), could hardly contain its exasperation with and contempt for the Government’s case and the testimony and model of its economic expert, Professor Carl Shapiro.[1]  The judge, after recalling that at trial he had mused whether the complexity of Professor Shapiro’s model made it seem like a Rube Goldberg contraption, observed in his opinion that, “in fairness to Mr. Goldberg, at least his contraptions would normally move a pea from one side of a room to another.”  Ouch.  No doubt the Judge’s vitriol and the colloquial, and at times the highly entertaining tome, will provide the Government some ammunition on appeal.

Where the Government went wrong,  flowed from its reliance on a “program access,” theory of harm, that had its roots in the 1980s and mid-1990s, when incumbent cable operators share of the MVPD market dwarfed their share today,[2] and the cable industry was aggressively using access to programming to respond to entry from then-nascent distribution technologies, such as satellite distributors and cable “overbuilders.”[3]  The Government’s increased-leverage theory of harm posited that the challenged merger’s integration of Turner’s important video content would enable Turner to extract greater prices from AT&T’s rival distributors for its content, which would then be passed onto consumers, resulting in hundreds of millions of dollars in increased cost, far eclipsing the proffered efficiency savings from the merger.

The government seemed to ignore that the FCC has had in place since the mid-1990s, program access rules adopted pursuant to the 1992 Cable Act specifically aimed at preventing the very conduct that the Government feared with respect to traditional MVPDs, and that Turner had offered a separate program access “arbitration” remedy that would further prevent such conduct.  The court found that the government’s theory was totally belied by the realities of today’s program distribution market and the incentives of a combined AT&T.

The court also found it “exceedingly implausible” that the merger would increase the risk that Comcast and AT&T, each the “chief competitor” of the other, would coordinate vertical foreclosure strategies intended to hobble rival virtual MVPDs and raise their costs, as predicted by the Government.  The Court similarly gave little credence to blanket statements by third-party distributors indicating that the entire viability of their video model could depend on whether they offer Turner programming, which the court found were contradicted by real-world examples from the witnesses themselves. At bottom, while vertical mergers are not invariably innocuous, here the Government conceded at least $350 million annually in pro-consumer benefits from the merger, but failed to prove, on balance, net harm to consumers.

Reading the judge’s opinion, one gets the impression that this was a theory for another day, and one long ago, and the real point of the acquisition had nothing to do with vertical foreclosure and leveraging, and was all about data mining, exploiting new advertising markets, maximizing affiliate revenue, and driving broadband traffic.  A key takeaway from the opinion, is that the legacy business model for MVPD distribution, which assumed a dual stream of advertising revenues and affiliation fees, is shifting away from the traditional affiliate model and advertising markets based on linear, live programming and gross eyeballs, to a market focused on data-driven targeted advertising.  This traditional advertising market has continued to shrink, while targeted digital advertising has grown substantially, with digital advertising reportedly now exceeding television advertising.

The trial testimony indicated that pre-merger neither AT&T nor Time Warner was able to optimize the sale of focused advertising, which requires the gathering and mining of user information.  As noted by the court, the primary business case for the merger for AT&T was to “develop sufficient scale to warrant the development of a programmatic advertising platform through which AT&T can deploy its data to create a marketplace of data-informed advertising inventory.”  The court credited testimony of AT&T executives that through the Time Warner acquisition, the company will immediately gain access to high quality content and an extensive advertising inventory, bolstering gains from its new programmatic advertising platform.

Post-merger, with the development of in-house OTT offerings, the combined entity will be able to gather data about its customers which can be used to customize and focus advertising.  These efforts are reportedly expected to be boosted by recent post-merger actions of AT&T, such as its proposed acquisition of advertising technology firm AppNexus, and reports suggest its interest in further advertising acquisitions in the coming months.  Of course, with the increased emphasis on targeted advertising and its reliance on mining user data, no doubt the privacy concerns over tech company data gathering activities will follow AT&T and other distributors as they pursue these strategies.

AT&T’s strategy also got a significant boost from the current FCC’s elimination of the 2015 Open Internet rules.  For example, almost immediately after the transaction closed, AT&T announced the launch of its streaming service “WatchTV”, which will make available live, linear programming, including a number of Turner channels.  Subscribers taking certain levels of AT&T’s wireless service will be able to stream the service for free, which would have certainly faced serious scrutiny under the 2015 Open Internet rules.  Also, elimination of the broadband privacy rules that were adopted by the prior FCC pursuant to its Open Internet decision, and then set aside by Congress under the Congressional Review Act, removed a further regulatory barrier to AT&T’s use of customer data “to create a marketplace of data-informed advertising inventory.”

The evidence adduced at trial also seemed to contradict a central concern of the Open Internet rules -- that broadband distributors will block access to rival video sources. The court found that distributors have a strong incentive to maximize distribution of video programming on their networks, not curtail it.

If you read nothing else in the opinion, and want a plain English description and a clear distillation of the current state of the programming supply and distribution markets, and the cut-throat, highly competitive, knock-down, drag-out negotiations between programmers and distributors, complexity, warts and all, peruse pages one through forty of the opinion.  It is a wonderful distillation of how the sausage is made.  While there are many, one key take-away from that discussion is that there is no more “must have” national programming, which is now a mere marketing term, and the absence of particular channels on an MVPD platform does not preclude the ability of MVPDs to compete in the marketplace.

Clearly, according to the judge, the market is shifting away from MVPD competition and the traditional cable and broadcast advertising markets based on linear, live programming and gross eyeballs to a market focused on data-driven targeted advertising, driving data usage through subscriber video consumption, and on the competition between wireline and wireless providers to be the broadband delivery method of choice.  “[A]s Nobel laureate Bob Dylan correctly observed,” noted the court, “‘You don't need a weatherman to know which way the wind blows.’”

[1] Professor Shapiro is a  leading antitrust economist who was twice the Economics Deputy Assistant Attorney General in the Antitrust Division and a member of the Council of Economic Advisors in the Obama Administration.