The August 9, 2019 decision to require a supplemental environmental impact statement (EIS) for the Vineyard Wind Project sent shock waves through the nascent US offshore wind industry. The initial EIS had been scoped years earlier, and the draft EIS had been under public review for nearly nine months at the time. Some in the industry took the Bureau of Offshore Energy Management’s (BOEM’s) eleventh hour decision to require supplemental analysis as evidence of unmanageable uncertainty in US regulatory process, or even unacknowledged hostility of the Trump Administration to renewable energy projects.

But the supplemental EIS was posted on June 12, 2020 and the picture is now much brighter.  The supplemental EIS assessed the cumulative impacts of 22 GW of OSW projects currently anticipated for development on the US eastern seaboard. The 22 GW was based on the projected construction of approximately 2,000 wind turbines over a 10-year period on the Atlantic Ocean continental shelf, using currently available technology.  While this cumulative capacity will change as states increase their renewable energy commitments and as additional development plans for existing or newly identified lease areas come into fruition, the supplemental EIS not only placed Vineyard Wind on a pathway to successful permitting, but also pathed the road for multiple other OSW projects.

The Holy Grail for establishing a sustainable US supply chain for OSW has long been the establishment of a pathway for several gigawatts (GW) of OSW projects to be permitted and developed each year. The 22 GW considered in the supplemental EIS is comparable to what Europe, as the global leader in offshore wind development, installed over the last 20 years. The supplemental EIS assumes that development of OSW project in the US will proceed at this accelerated pace.  For that reason alone, global OSW supply chain companies considering the US market should see the supplement EIS as a strongly positive signal of future opportunities here.

The sweep of the supplemental EIS is impressive. It considered the cumulative impacts of 22 GW of east coast OSW projects on commercial fisheries, marine mammals, finfish, invertebrates, essential fish habitats, sea turtles, birds, and bats.  It assessed these impacts throughout the region where OSW projects are in development and for certain criteria for the region from Maine to South Florida. While the supplemental EIS cannot be considered programmatic in nature and BOEM will need to prepare new and separate EIS’s for the construction and operation plans for each project, those projects within the scope of the 22 MW considered in the supplemental EIS (and those not yet contemplated) now have a template for moving forward and can incorporate mitigation strategies and lessons learned from the Vineyard Wind project.  This should greatly simplify and potentially accelerate the environmental permitting process for OSW projects going forward.

One item of particular interest in the supplemental EIS was the consideration of grid spacing and more particularly Alterative F, which contemplates a vessel transit lane varying in width from 2 to 4 nautical miles.

Alternative F was added to the EIS in response to a January 3, 2020 proposal for designated transit lanes prepared by the Responsible Offshore Development Alliance (RODA).  RODA is a coalition of fishing industry associations and fishing companies “committed to improving the compatibility of new offshore development with their businesses”.

In January, RODA laid out a plan to identify a total of six transit lanes in the general vicinity of Vineyard Wind from which OSW turbines would be excluded.  These transit lanes were designed to facilitate vessel transit from southern New England ports – primarily New Bedford – to fishing areas on Georges Bank (a large elevated area of the sea floor between Cape Cod and Cape Sable Island, Nova Scotia, which separates the Gulf of Maine from the Atlantic Ocean).  Only one of these lanes actually intersected with the Vineyard Wind Project Development Area but would have required a significant reconfiguration of the wind farm, increasing the length of cable runs, and limiting the future buildout potential of the lease block.

Based on input from the United States Coast Guard, the supplemental EIS ultimately found no appreciable benefit to the proposals by RODA, but rather found that the establishment of a 1-by-1 nautical mile grid for spacing of turbines was sufficient to minimize impacts on commercial fishing and did not interfere with US Coast Guard’s search and rescue activities.  Further, such grid spacing minimized the risk of vessel transit lane congestion by avoiding a potential funneling effect for vessels.   This creates a strong precedent for dealing with transit and fishing issues in future preparing EISs.

Looking forward, the EIS as supplemented presents a useful template for future successful environmental reviews of east coast US OSW projects. None of the issues identified in the  Vineyard Wind SEIS are insurmountable, nor should they cause significant additional delays for Vineyard Wind.  No red flags were raised in the report that are likely to cause unforeseen complications for future offshore wind development in the Atlantic. In particular, the findings of minimal cumulative impacts of on air and water quality should go a long way toward taking these issues off the table.  This is good news for offshore wind advocates.

Please click here to view this Client Alert as a PDF. 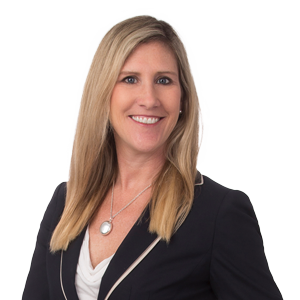 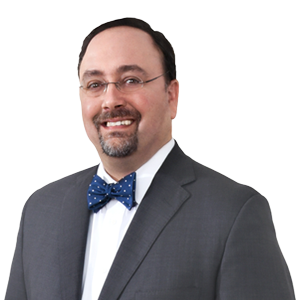