SCOTUS to Consider Awards of Profits in Trademark Infringement Disputes

Forfeiting profits is a worst-case-scenario for companies accused of trademark infringement. The possibility of turning over profits certainly is a threat that trademark defense teams want to avoid. The United States Supreme Court will be deciding a case that will provide clarity on when a disgorgement of profits is warranted thereby resolving a split in the Circuits. Specifically, the Court is scheduled to hear oral arguments on January 14, 2020 on whether a finding of willfulness is required to obtain an award of profits.

Fossil Inc., a manufacturer of handbags, watches and other fashion accessories, is in a long-running trademark battle with former business partner Romag Fasteners. The two companies once had a business agreement in which Romag Fasteners supplied magnet fasteners for Fossil’s handbags. Fossil was supposed to buy these fasteners from Romag’s sole authorized manufacturer in China, Wing Yip Metal Manufactory Accessories. However, Romag’s contract manufacturer in China allegedly used counterfeit parts, not authorized Romag fasteners, in Fossil brand handbags. Romag alleges that Fossil “did nothing to guard against the known risk of counterfeiting” by taking steps to assure that its contract manufacturer was using legitimate, authorized Romag components.

In 2014, the US District Court for the District of Connecticut ruled that Fossil infringed upon Romag Fasteners’ trademarks. While the jury initially granted the plaintiffs’ request for an award of $6.8 million in profits, the District Court struck that award because “a finding of willfulness remains a requirement for an award of defendants’ profits in this Circuit.” Fossil claims that the infringement was accidental and, thus, no profits award is warranted. The District Court agreed that the infringement was not willful and, thus, Romag was not entitled to Fossil’s profits as an award. The case (and a related patent case) have made their way through the appeals process, with the Federal Circuit continuing to deny Romag’s request for profits.

A Supreme Court ruling hopefully will clear up confusion about whether or not companies can be forced to forfeit profits for non-willful trademark infringement.

The Lanham Act allows courts to award profits, in addition to other penalties, in trademark infringement cases. But the circumstances under which profits can be awarded vary depending on the jurisdiction. Currently, the Second, Eighth, Ninth, Tenth and DC Circuits require a finding of willfulness before considering whether a profits award is appropriate.  The First Circuit requires willful infringement only in cases in which the disputing parties are not direct competitors. The Third, Fourth, Fifth, Sixth, Seventh and Eleventh Circuits generally include willfulness as one factor to consider in their overall analysis of whether to disgorge profits.

In fact, Fossil argues in its reply to Romag’s petition to the Supreme Court that “these differing standards in practice produce similar results: even where willfulness is “important” but not a prerequisite, the overwhelming majority of decisions upholding defendant’s profits awards involve intentional, willful misconduct. And ‘important factor’ courts almost never award profits absent willfulness.”

Both sides have their supporters in the legal community. The Intellectual Property Owners Association (IPO) filed an amicus brief supporting the concept that willful infringement is required to award profits in trademark infringement cases. However, the American Bar Association (ABA), International Trademark Association (INTA), the American Intellectual Property Law Association (AIPLA) say such a hard-and-fast rule is not needed. In its amicus brief, the ABA argues that “trademark law tends to favor flexible legal standards over bright-line rules.”

The Supreme Court is set to hear oral arguments on Jan. 14. 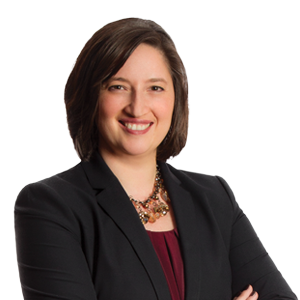