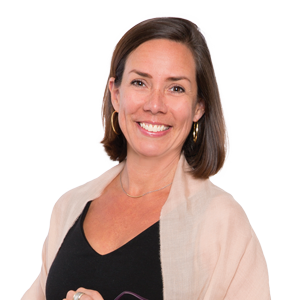 This is the third alert in our four-part series on the Phase 5 coronavirus negotiations titled “Coronavirus Stimulus Legislation: A Primer on Phase 5 Negotiations.” You can find Part I (President Trump’s Executive Actions) here and Part II (PPP Revisions and Second PPP Loans) here.

This alert focuses on the two longer term lending programs that are currently on the negotiating table. The first part of the alert discusses the Reviving the Economy Sustainably Towards A Recovery in Twenty-twenty Act (RESTART Act), introduced by Senators Michael Bennet (D-CO) and Todd Young (R-IN) in May, which gained a significant amount of attention over the past month when former Starbucks CEO, Howard Schultz, and over 100 other prominent CEOs sent a letter to senior members of Congress supporting the legislation. It has significant bi-partisan support with over 53 co-sponsors in the U.S. Senate and 108 co-sponsors for similar legislation in the U.S. House of Representatives. The RESTART Act’s primary appeal is that it is a long-term loan program available to businesses with revenue losses of at least 25% and a forgiveness component if certain requirements are met. According to the co-sponsors of the legislation, the $300 billion program could result in up to $1 trillion in loans.

The second part of this Alert details the proposed “Long-term Recovery Sector Loan” program introduced in late July by Senators Marco Rubio (R-FL) and Susan Collins (R-ME) in proposed legislation titled the Continuing Small Business Recovery and Paycheck Protection Program Act. This proposed legislation contains details related to the Paycheck Protection Program (PPP) Second Draw Loans, as well as the Small Business Growth and Domestic Production Investment Facility, and is aimed at creating a federally guaranteed long-term, low-interest working capital lending program under the Small Business Administration’s (SBA) 7(a) loan program. This proposal does not include a forgiveness or grant component and eligibility is limited to businesses with 500 or fewer employees located in, and deriving at least 50% of their gross income from, a small business low-income census tract and whose gross receipts in the first or second quarter of 2020 have declined by more than 50% when compared to the same quarter in 2019. Given these restrictions, as of now, it is unclear how many businesses would qualify for this program.

While there has been bi-partisan support for the PPP both inside and outside of Congress, one of the primary shortcomings of the program that has emerged is it is a short-term fix for businesses trying to survive a now long-term pandemic. Both the original PPP and the new Second Draw PPP proposed by Senators Marco Rubio and Susan Collins (see our previous Part II Client Alert) are structured as short-term loan programs aimed at providing businesses with two or three months of liquidity. However, the RESTART Act is intended to cover at least six months of payroll, benefits, and fixed operating expenses for eligible businesses with at least a 25% decline in gross receipts. For these reasons, the RESTART Act has gained significant traction over the past month. The key components of the proposed program are below.

Size of the Business

In general, if the business meets the size requirements under PPP, it satisfies the RESTART Act requirements. It is unclear if these requirements would be adjusted to meet the requirements under the new Second Draw PPP proposal (see our previous Part II Client Alert for details). In addition, most companies with less than 5,000 full-time employees as of February 15, 2020, are eligible to participate, although the employee count could end up being significantly reduced in any final legislation. “Full-time employees” is defined in the legislation as an employee that works at least 30 hours per week.

The SBA’s affiliation rules would apply when counting employees. For guidance related to the SBA’s interpretation of the affiliation rules, see the SBA’s Interim Final Rule on Applicable Affiliation Rules (found here) and the SBA’s guidance on Size Eligibility and Affiliation Under the CARES Act (found here). However, there would be similar exceptions as those in the original PPP for (1) businesses with a NAICS code beginning with 72, (2) franchises, and (3) businesses receiving financial assistance from a company licensed under section 301 of the Small Business Investment Act of 1958 (an SBIC). In addition, there would be a new exception to the rules for any applicant “with not more than 500 employees that is not more than 50% owned or controlled by another entity.”

The legislation allows applicants to calculate gross receipts by using the cash or accrual accounting method. Additional guidance on the SBA’s calculation of annual receipts is found in 13 CFR § 121.104 (see our previous Part II Client Alert for more details).

The loan amount is capped at the lesser of (1) 45% of the applicant’s 2019 gross receipts and (2) $12 million. Recipients that received a PPP loan or an Emergency Injury Disaster Loan (EIDL) are eligible to participate in the RESTART program as long as funds are not used for the same purpose. It is unclear if the loan amount will be reduced by any amount received under the Second Draw PPP.

The forgiveness terms are more complex than those in the PPP but, in general, the amount forgiven is based on a decline in gross receipts with slightly different calculations for smaller and larger businesses. The gross receipt decline will be between either (1) the 2019 and 2020 calendar years or (2) a six-month covered period compared with the same period in 2019 (despite the calculation example below indicating full year gross receipts).

The summary of the RESTART Act includes the following forgiveness calculation:

This may change in the final legislation, but most businesses should not expect 100% forgiveness, if nothing changes with the current proposal.  In addition, publicly traded companies are not eligible for loan forgiveness at all.

Restrictions on Payments to Owners and Highly Compensated Employees and Officers

As stated above, the RESTART Act includes restrictions on (1) conducting stock (or other equity security) buybacks if the equity security is listed on a national securities exchange, (2) paying dividends or making capital contributions in order for the federal government to guarantee the loans, subject to limited exceptions for real estate investment trusts, regulated investment companies and distributions by S-corporations or entities taxed as partnerships to pay income taxes, and (3) certain employee compensation and severance that were included as components of the larger loan programs in the CARES Act. These restrictions generally apply to officers and employees who received more than $425,000 in total compensation in 2019, with additional limits for those making more than $3 million.

The Continuing Small Business Recovery and Paycheck Protection Program Act is similar to the RESTART Act in that it is also aimed at providing businesses that have lost significant revenue as a result of the coronavirus pandemic with access to liquidity. However, there are two material differences, both of which will likely need to be addressed before the program becomes law: (1) it does not include the forgiveness component included in RESTART or the PPP, which means these would be more analogous to traditional SBA 7(a) loans, and (2) the applicant’s principal place of business must be located “in, and not less than 50 percent of the total gross income of which is derived from the active conduct of the business concern within, a small business low-income census tract.”

The rationale for including a forgiveness component in any loan program based on a material decrease in revenue is that the decrease is almost certainly a direct result of a lack of demand for a good or service as a result of COVID-19, and many businesses see increasing leverage as a non-starter when compared to more practical alternatives like bankruptcy. Without forgiveness, this proposed program faces an uphill battle despite having one of the bill’s co-sponsors be Senator Marco Rubio, who is the Chairman of the Senate Committee on Small Business and Entrepreneurship.

As for the requirement that the business be located in, and receive at least 50% of its gross income within, a “small business low-income census tract,” it is difficult to overstate how impractical it is for many businesses to meet this requirement, as very few businesses track the geographic source of their income. The provision appears to basically limit the program’s scope to service businesses located in a low-income census tract where the customers actually walk in the door and get served on the premises.

That being said, it is important to have a basic understanding of what is and is not included in the initial proposal because it could still pass in its current form or be tweaked to include a forgiveness component and concepts from other proposals.

Compared to the RESTART Act, the eligibility criteria for this program are much more limited, but the loan terms (other than the lack of a forgiveness component) are somewhat analogous. The key terms of the proposed Long-term Recovery Sector Loan Program are below.

To qualify for the program, a business must meet the following criteria:

The material loan provisions include the following:

What Is Not Included in the Proposed Legislation

Next and Final Alert

In the final part of this series (Part IV), which will be coming out shortly, we will summarize the various tax incentives and other stimulus programs aimed at businesses that are included in the HEALS Act and the HEROES Act, as well as other proposals that are currently being considered by Congress. Feel free to reach out to your Womble Bond Dickinson contact or to one of us to discuss these matters and how they may apply to your specific circumstances.

DOL Issues Worker Classification Rule – But Will It Last?