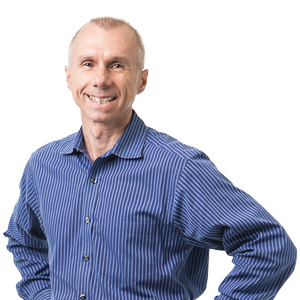 This article originally was published by Law360.

Recently, the U.S. Patent and Trademark Office provided an additional tool for patent applicants to use in pursuit of foreign patent protection.

The programs took different approaches, but each included collaborative prior art searching and sharing between offices. This original CSP was intended to provide for faster and less expensive examination, more certainty with respect to intellectual property rights, and more consistent results of examination across countries all for no additional fee.1

We submitted a request for data about the performance of the CSP under the Freedom of Information Act to evaluate the effectiveness of this program. According to the data received from the FOIA request, on average, the pendency for applications under the original CSP was just under 15 months, as compared to the 28.3 month average application pendency in the USPTO.

The average number of office actions to allowance was 2.3 with an average of 0.4 requests for continued examinations, or RCEs, filed, meaning that less than half of allowed CSP applications required an RCE.

Additionally, applications were given prioritized examination resulting in an average time from petition grant to first action of about six months, significantly less than the overall average to first action at the USPTO, which is currently around 15.3 months. Therefore, overall the original CSP provided for a huge reduction in time to allowance for a majority of the granted petitions.

At the completion of the original CSP, the USPTO continued and expanded the CSP program. According to the data received from the patent office under the FOIA, the continuation and expansion of the CSP program appears to provide even greater reduction in time to allowance.

The expanded CSP, running from September 2018 to the end of October 2020, provides a single process in which no primary office is designated. Rather, each office conducts an individual search after which the search results are exchanged between offices.

Each office then prepares a first action on the merits which are then also exchanged for further consideration by the partner office. First actions are then provided to the applicant.2 Separating the search responsibilities in the manner proposed by the CSP program promotes greater certainty about the validity of patents awarded through the program.

For instance, in a single search authority structure, there is greater risk of an examiner not identifying relevant prior art, thereby giving a patent owner a false sense of security about a particular patent's validity. This risk can be effectively minimized by allowing multiple search authorities to collaborate and compare search results in the manner required by the CSP program.

Indeed, during litigation, a plaintiff can provide powerful evidence about an asserted patent's validity by demonstrating that the patent survived scrutiny required by the CSP program. Additionally, the required collaboration between different search authorities can also improve the searching capabilities of each participating search authority.

For instance, the comparison of search results and identification of discrepancies therein can allow each participating search authority to self-examine their search techniques and determine whether a particular search strategy needs to be refined. Such refinements can allow different search authorities to provide more consistent results which, in turn, can provide a patent owner with greater certainty about the validity of a patent awarded via the CSP program.

Notably, USPTO, JPO and KIPO participation in the CSP is consistent with the types of solutions called for by the Patent Cooperation Treaty, or PCT, Working Group, which was created by the PCT Assembly in 2007.3 In its June 2010 Session, the PCT Working Group stressed the importance of collaborations between various search authorities in order to effectively benefit member jurisdictions, offices, applicants and third parties.4

In addition to the CSP, the USPTO, JPO and KIPO collaborate as part of more global pilot programs, such as the IP5 Collaborative Search and Examination pilot, which was designed to streamline search procedures for PCT applications using patent examiner spanning multiple jurisdictions.5

According to the data received from the patent office under the FOIA request, from the start of the expanded CSP to April 2020, 241 petitions had been granted. As of April, of the 241 granted petitions, 140 had been allowed (58% of granted petitions). The average pendency of the CSP cases allowed through April from petition grant to allowance is just over nine months with a very large majority of the applications filed in 2018 and early 2019 being already allowed.

For the allowed cases, the average number of RCEs filed was 0.13, with 87% of cases being allowed without an RCE and an average of about two office actions. While it may be too soon to tell, based on the current statistics the expanded CSP appears to accelerate the examination process even more than the original CSP, again for no additional fee beyond the normal filing fees for each patent office.

Although additional time and data will be needed to determine the actual reductions in pendency, it is safe to say that the CSP offers substantial expedition of the examination process for no extra fee. Therefore, the CSP can reduce time to allowance and more importantly reduce costs associated with prosecution of applications in the U.S. Under the CSP, an application can be obtained in as little as half the time of ordinary examination in the U.S.

Therefore, applicants considering filing in both the U.S. and Korea or Japan, and that have the budget flexibility to move up foreign filing expenses, should consider filing a petition under the CSP soon before the program expires on Oct. 31.