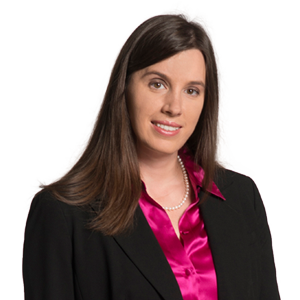 CHARLESTON, SC—When Lorri Unumb’s son, Ryan, was diagnosed with autism when he was 22 months old, Unumb and her husband, Dan, knew they would have to become their son’s leading advocates. What the Unumbs didn’t know was that their personal story would lead to them becoming national leaders in the effort to improve life for all families affected by autism.

Lorri Unumb serves as the Vice President for State Government Affairs for Autism Speaks, a leading national organization promoting solutions for individuals with autism and their families. Her current role grew out of her personal interaction with state agencies in South Carolina as a parent and attorney. On Dec. 14, Unumb spoke to Womble Bond Dickinson about her personal and professional journey as part of Womble Bond Dickinson’s Diversity Speaker Series.

When Ryan was diagnosed in 2002, only one state—Indiana—required health insurers to cover autism treatment. Multiple doctors recommended Applied Behavior Analysis, an intensive one-on-one therapy regimen, but insurance wouldn’t cover the $70,000 annual bill. The Unumbs sacrificed, including downsizing their home, to pay for Ryan’s treatment. But the experience made them think about all the other autism families who didn’t have two lawyer salaries to cover this needed treatment.

So in 2006, Unumb took her cause to the South Carolina General Assembly. The state passed an amended version of the bill she had drafted, which provided Medicaid coverage to 100 children via a lottery.

“I don’t believe health care should be a game show,” Unumb said. So she went back to work, creating an extensive grassroots movement to write letters, make phone calls and speak to lawmakers on behalf of insurance reform. The following year, South Carolina passed Ryan’s Law, which requires health insurers to cover autism treatment.

The bill became law despite a gubernatorial veto. On the morning of the second vote, Unumb marshalled a large group of autism families at the State House in Columbia to demand their legislators enact Ryan’s Law. The General Assembly did so unanimously, in a dramatic vote that was covered by CNN .

Unumb’s relentless work on behalf of South Carolina’s autism families attracted the attention of Autism Speaks. In 2008, she joined the organization and for the past decade, she has crisscrossed the country, working on state-level campaigns. As a result of her efforts, 48 states currently require healthcare insurers to pay for autism treatments.

The Unumbs also created the Autism Academy of South Carolina, a non-profit center in Columbia that provides autistic individuals with top-flight therapy and training.

Unumb also teaches a course on “Autism and the Law” at George Washington University Law School and is a member of the South Carolina Department of Disabilities and Special Needs Commission.

“I come at this from a number of different capacities,” she said. “The most important one is as a parent of a child with autism.”

And that work continues. Although he’s still largely non-verbal, Ryan has made tremendous progress, Unumb reports. He continues to participate in regular therapy and the Unumbs are working on plans for Ryan to enter the workforce in a few years.