What’s In Store For A Fiduciary Standard in 2019 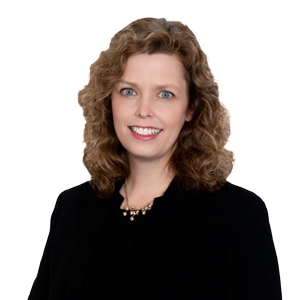 In its Fall 2018 regulatory agenda, the Securities and Exchange Commission (“SEC”) announced that final rulemaking on the Best Interest Regulation is set for September 2019, before the close of the federal government’s fiscal year.

SEC Chair Jay Clayton reiterated in a recent speech that completing the Commission’s work on rules relating to the standards of conduct for financial professionals is a “key priority” for 2019. He lauded the efforts of SEC staff to engage with retail investors across the U.S. to discuss their experiences in a series of roundtable discussions. He said that “[i]t is clear, based on these discussions, that we have the right perspective, namely, that the core obligations of investment professionals—and mandatory plain language disclosures—should match reasonable investor expectations.”

Following that speech, Clayton testified before the U.S. Senate Committee on Banking, Housing, and Urban Affairs. He said the proposed rules seek to accomplish three things: (1) require broker-dealers to act in the best interest of their retail customers; (2) reaffirm, and in some cases clarify, the fiduciary duty owed by investment advisers to their clients; and (3) require both broker-dealers and investment advisers to state clearly key facts about their relationship, including their financial incentives. “This package of rulemakings is intended to enhance investor protection by applying fiduciary principles across the spectrum of investment advice, bringing the legal requirements and mandated disclosures of financial professionals in line with investor expectations.”

Clayton, however, acknowledged that many investors do not have a firm grasp of the important difference between broker-dealers and investment advisors, as well as the harm such confusion can cause. He cited examples of investors failing to select the type of service that is appropriate for their needs or failing to understand conflicts of interests. Nevertheless, Clayton defended a different regulatory framework for broker-dealers and investment advisors as necessary to preserving investor access and investor choice. “While the two standards are based on common principles, under the proposal, some obligations of broker-dealers and investment advisers will differ because the relationship models of these financial professionals differ. But—importantly—the principles are the same, and I believe the outcomes under both models should be the same: retail investors receive advice provided with diligence and care that does not put the financial professional’s interests ahead of the investor’s interests. I believe our proposals are designed to make investors get just that whether they choose a broker-dealer or an investment adviser.”

During Clayton’s testimony, Sen. Elizabeth Warren (D - MA), a 2020 presidential candidate, pressed him to set a “clear, uniform fiduciary standard” for broker-dealers and investment advisors. She cited the SEC’s own study examining how average investors interpret disclosures. The study was conducted in 2008 by the LRN-RAND Center for Corporate Ethics, Law, and Governance at the SEC’s request, and found that the average retail investor’s understanding of disclosures does not distinguish between the two business models. According to the study, “Even though we made attempts to explain fiduciary duty [for investment advisors] and suitability [for broker-dealers] in plain language, focus-group participants struggled to understand the difference in standards of care…and expressed doubt that the standards differ in practice.”

Clayton has not committed to a timeline for when exactly the SEC will complete its work. He has said publicly that SEC staff are carefully reviewing the more than 6,000 comment letters received during the public comment period and feedback from the roundtables, and diligently working to develop final recommendations. An open question is whether Clayton will issue a final rule before a nominee to replace Democratic member Kara Stein, whose term ended on January 2, 2019, is confirmed. When asked about this, Clayton simply said, “we just move forward, as things go.”

Interestingly, the Department of Labor (“DOL”) also plans to issue a revised final fiduciary rule package in September 2019 to replace the on vacated by the Fifth Circuit Court of Appeals, according to its Fall regulatory agenda. It remains to be seen whether, and to what extent, the SEC and DOL will work together to set standards that provide the clear guidance that some lawmakers, industry professionals, and retail investors believe is long overdue.