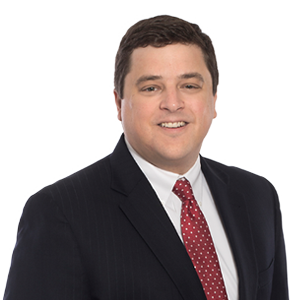 Court cases involving charter schools and education management organizations (“EMO”) have been rare in North Carolina. Two decisions issued this spring thus provide important insight into how courts will interpret management agreements and the role of management companies when dealing with claims against schools.

Charter Management Agreement Enforceable, Even if Not Approved By State Board

In Banyan GW, LLC, v. Wayne Preparatory Academy , the North Carolina Court of Appeals upheld summary judgment for a management company, concluding that a charter school still owed fees required by the parties’ management agreement, even though it was never approved by the State Board of Education.

In 2014, the Office of Charter Schools sent WPA a letter demanding that WPA either seek approval to use Banyan as a management company or terminate the contract. WPA’s board chose to terminate the contract with Banyan, and Banyan sued for breach of contract, seeking, among other things, to enforce a $500,000 liquidated damages clause.

The trial court granted summary judgment for Banyan, concluding that WPA must pay Banyan liquidated damages for terminating the contract early. In affirming the judgment, the Court of Appeals rejected WPA’s argument that its failure to obtain approval of the Banyan contract by the State Board of Education rendered it void. The Court also held that the parties had not conditioned Banyan’s right to fees upon approval by the State Board, such that Banyan was entitled to fees whether or not the State Board approved it to serve as the education management company for WPA.

The Court’s decision highlights the need to carefully draft management contracts with charter schools to protect the interests of both sides. Management companies should be certain that each charter school board with which it is associated seeks and obtains all required approvals from the State Board of Education and/or Charter School Advisory Board before performance is required under the management agreement. The parties should further specify their relative rights if the charter application, or their management agreement, is not approved, or if state regulators impose conditions upon the management agreement beyond the scope of what the parties anticipated.

A significant issue in the case was whether the charter school and its non-profit board members, as well as its educational management company (EMO), were “state actors” and thus subject to claims under the constitution. Although the court recognized that charter schools are operated by private, non-profit corporations, it ultimately held that charter schools are state actors for the purposes of providing free public education to students and making discipline decisions.

This Client Alert is the latest in an ongoing content series focused on the Education Sector. The multi­disciplinary and experienced Education Team at Womble Bond Dickinson provides strategic and practical counsel to help educational institutions and their service providers meet the increasing business, legal and regulatory challenges they face.