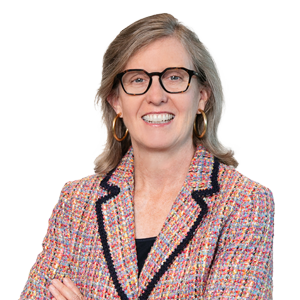 Preparations are well underway for the largest peacetime mobilization of federal resources—the decennial census.  As a result of their “hard to count” student populations, as well as their obligations under federal student privacy laws, institutions of higher education (IHEs) are faced with unique decision points as they work to respond to the 2020 Census.  IHEs must consider their responsibility to protect the privacy of confidential student information under the Family Educational Rights and Privacy Act (FERPA) in deciding how to respond to the 2020 Census. While you may have already selected your IHE’s enumeration method with the Census Bureau, IHEs should decide by the March 6, 2020 deadline whether a different enumeration method would be more efficient and effective given their FERPA obligations.

Article I, Section 2 of the U.S. Constitution mandates that a count of the nation’s population occurs every 10 years. Census data is used in a variety of crucial government functions, from determining the reapportionment of Congressional representation to the distribution of billions of dollars of federal funds to states and local communities for infrastructure and services, including education. Counting adults in the 18-24 age group poses unique challenges, in large part because portions of this age group frequently relocate to and from IHEs. To facilitate an accurate count of each person at the location where he or she lives for a majority of the time during the census year, the Census Bureau allows for a special enumeration process for individuals who live in “group quarters” that are owned and operated by third-parties, such as campus housing.

The Census Bureau began its advance contact operations with IHE administrators in early February to identify information about the amounts and types of campus housing and the date each IHE plans to conduct its enumeration. Each IHE also must select one of four methods of enumeration:

IHEs may change their selected enumeration method before March 6, 2020.

IHEs may consider designating a group quarters administrator to provide a paper or electronic response as the most efficient and least disruptive method of capturing an accurate and complete count of all campus housing residents. However, disclosing student information to the Census Bureau also triggers obligations under FERPA. Under FERPA, an IHE may disclose personally identifiable information (PII) of students only if an eligible student has provided prior written consent, or if a specific FERPA exception applies. Although there is no FERPA exception that specifically addresses disclosures to the Census Bureau, FERPA does permit an IHE to disclose designated “directory information” without written consent, provided that the student has not opted out of directory disclosures. However, certain PII requested by the Census Bureau—such as each student’s race, sex, and ethnic origin—cannot be designated as directory information.

The applicability of FERPA to the disclosure of PII in connection with the 2020 Census was recently addressed in a January 29 letter to IHEs from the U.S. Department of Education and an accompanying webinar.  Although the January guidance letter notes that releasing aggregated, de-identified data on race, sex, and ethnic origin generally is not considered as a release of confidential PII under FERPA, the webinar notes that this type of aggregated data may be of limited value to the Census Bureau to capture an unduplicated count of all members of the campus population. IHEs should act now to ensure that their plans to disclose student information to the Census Bureau complies with FERPA’s protections of student PII.  Consider the following questions:

We encourage you to consult with our office to ensure that your institution’s plan to release information in response to the 2020 Census also complies with your FERPA obligations to protect the privacy of confidential student information.

How “Accessible” is Your Website? Resolve to Prioritize Digital Accessibility in the New Year and Avoid a Lawsuit

Broadband Funding in the Infrastructure Act: What Does It Provide and How Do Companies Qualify For It?

Be Prepared: Strategies to Help Institutions Prepare for the Next (or First) Title IX Hearing

Get to the Point: OSHA’s New Rule on Mandatory COVID-19 Vaccination