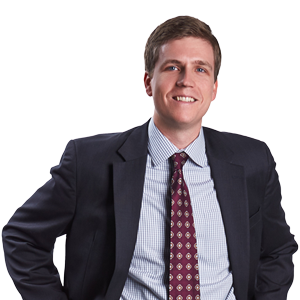 Energy and Natural ResourcesOil and Gas

MARSHALL, TEXAS—Once again, DynaEnergetics U.S., Inc. has successfully defended itself against an assertion of intellectual property infringement in federal court. And once again, a Womble Bond Dickinson team counseled DynaEnergetics in this victory.

This particular case involved rival GEODynamics alleging patent infringement of US Patent No. 8,220,394, based on DynaEnergetics’ sales of its DPEX [®] and HaloFrac [®] shaped charges used in in oil and gas well perforations. On Oct. 10, after a five-day trial, a jury returned with a full defense verdict, finding that all of the asserted claims of GEODynamics’ patent were both not infringed and invalid.

In a statement, DynaEnergetics President Ian Grieves said, “I am delighted with the representation by our legal team. The attorneys from Womble Bond Dickinson, Moyles IP, and Findlay Craft worked together seamlessly, and their experience and guidance was crucial to the victory. Our commercial success is the result of developing and protecting our own intellectual property, while respecting the IP of others. We view this ruling as a clear validation of our strategy.” Click here to read DynaEnergetics’ press release on the case.

This is the fifth time in less than two years that DynaEnergetics and the Womble Bond Dickinson team has prevailed in this long-running dispute with GEODynamics.

Preston Heard is an intellectual property litigation partner who has represented clients in U.S. District Court in numerous states, as well as before the International Trade Commission, and before the PTAB in post-grant proceedings. His practice is focused primarily on patent litigation and covers a broad range of technologies, from oil and gas well drilling and recovery to computer networks to carpet tufting machines.

Christy Dupriest is an intellectual property litigation partner working in Atlanta. She represents clients in a wide range of industries, including manufacturers and distributors of software, chemical, medical device and packaging products. With experience in both U.S. District Court actions as well as before the PTAB, she works with patent owners to devise strategies to protect and enforce patent rights and to assess potential patent-related claims.

Will Hubbard advises clients on patent issues involving diverse technologies and represents clients in trademark and antitrust litigation. He also serves as a Professor of Law at the University of Baltimore Law School.