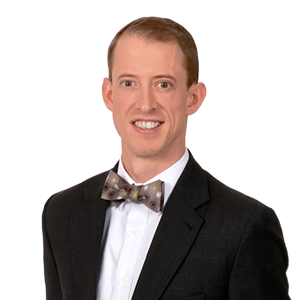 Atkins was an investor in and promoter of Fyre Festival, which was billed as a high-end, exclusive music festival in the Bahamas. But the luxury accommodations, gourmet food and big-name musical performances did not materialize. Two popular documentaries have been made about the failed festival.

Ticket holders in several states filed class action lawsuits against the event’s organizers, and several of the suits named Atkins as a defendant. Those cases, which were filed in California, New Jersey, and New York, were consolidated into a single class action, with the plaintiffs seeking over $100 million in damages. Noted celebrity law firm Geragos & Geragos represented the plaintiffs in the case.

Atkins retained Raleigh, NC attorney Ryan Hayden Smith to represent him. Smith then turned to Garcia-Gallont, who had been a classmate at Wake Forest University School of Law, and Womble Bond Dickinson to help with the class action defense.

Garcia-Gallont and Smith’s defense was straightforward: no one disputed that the festival did not go as planned, but Atkins did not deliberately mislead or defraud anyone. Senior Judge P. Kevin Castel of the US District Court for the Southern District of New York agreed with the defense and in July, he dismissed most of the claims against Atkins.

However, Judge Castel allowed one claim to continue forward, relating to a Tweet sent by Atkins the day before the festival was scheduled to begin which said, “The stage is set.”

But Garcia-Gallont and Smith argued that for such a Tweet to constitute fraud, it had to lead the plaintiffs to buy tickets, come to the Bahamas, or otherwise do something they weren’t already intending to do. By the time the Tweet went out, the plaintiffs had already bought concert tickets and booked flights to the Caribbean, the attorneys argued. In fact, some of the plaintiffs may not have even seen the Tweet until after the festival, the defense argued.

Judge Castel agreed and on Nov. 7, he dismissed the last remaining claim against Atkins. In a statement, Smith called the judge’s decision “nothing short of a total vindication of Mr. Atkins.”