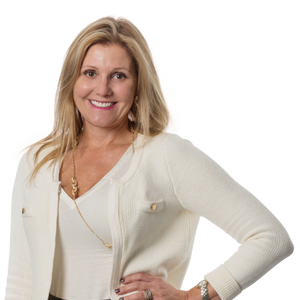 This article originally was published in the August 2017 edition of the Newsletter of the Board of Legal Specialization, a publication of the North Carolina State Bar.

While the concept of “fake news” continues to trigger Twitter followers and grab headlines, the trade in counterfeit drugs is a worldwide problem of significant scale. This article discusses the problem and talks about some things trademark owners are doing to address the public safety issues posed by fake drugs.

Trademark counterfeiting? Most think of fake Rolex watches sold on city street corners or faux designer purses sold in suburban kitchens. While knock-off luxury goods may seem harmless, the economic harm inflicted on legitimate businesses—and the workers they employ—is enormous. The Federal Bureau of Investigation estimates that the dollar value of counterfeit goods sold in the US at $200-250 billion annually. Many of North Carolina’s leading industries, including tobacco, furniture, apparel and pharmaceuticals, are among the most frequent targets of trademark counterfeiting. Also, according to Interpol, trademark counterfeiting often provides for a source of income and reliable import channel for those with other nefarious purposes, such as illegal drug or human trafficking and potentially even terror activities.

In addition to these very negative economic consequences, there is a particular level of harm associated with certain kinds of trademark counterfeiting. Counterfeit goods aren’t subject to the same regulatory standards and safety inspections as items produced by legitimate manufacturers. So, in areas of manufacture where quality control is important, counterfeit products fall short. Consider, for example, the potential harm that could be caused by substandard, bogus automobile tires or airplane parts.

Counterfeit pharmaceutical drugs are clearly an area where public safety concerns are paramount. Counterfeit medicines have been found in all areas of the globe, including the highly regulated US market, and extend to medicines, vaccines, testing and diagnostic equipment, and other medical devices. Both branded and generic pharmaceutical products can be falsified. And sales are not just limited to the black market—such products make their way to hospitals and pharmacies, often through internet sales trade channels.

Lifestyle or “popular” drugs are often counterfeited, and there have been recent increases in cosmetic, weight loss and opioid drugs. However, such drugs are not limited to such trends—counterfeit malaria vaccines, cholesterol medications and cancer treatments can also be found in the US The World Health Organization (WHO) estimates that an average of up to 10% of medicines are counterfeit, and in developing countries, that percentage is considerably higher.

The Center for Medicine in the Public Interest estimates the annual worldwide dollar value of counterfeit pharmaceuticals at $200 billion annually and rising. Sadly, the damage is far greater than lost sales. WHO estimates that approximately 200,000 people die each year as the result of ineffective counterfeit anti-malarial drugs.

Counterfeit medicines also may cause adverse affects or allergic reactions, and they may not effectively treat the ailment for which prescribed. They may promote drug resistant disease strains or contain no active ingredient, the wrong active ingredient, or the incorrect strength (too much or too little) or dosage of the intended ingredient. According to a WHO investigation, approximately 1/3 of such drugs contain no effective ingredient. Given the lack of inspection of counterfeit manufacturing facilities, such products are often produced under non-sterile circumstances, resulting in bacterial or other contamination. Clearly, the ways in which counterfeit drugs can cause serious negative patient outcomes are extensive and extreme.

Drug companies, and their attorneys and security departments, take a multi-pronged approach to combating counterfeiting. Many of these efforts are used to combat counterfeiting generally, but some have been developed with particular focus toward the nuances of the counterfeit pharmaceutical market.

The counterfeiting problem can appear daunting, given an array of unknown manufacturing sources, the breadth of possible sales outlets, and the strong consumer preference for the “cheap but name brand” combination. Successful anti-counterfeiting practices do not generally follow a reactive “Whack-A-Mole” approach, attempting to squelch every low-level advertisement or email blast that comes out. Rather, systematic and strategic prosecution, akin to practices used in the intelligence community, is preferred. Investigations of networks and relationships, rather than merely products and sellers, can help identify high-payoff targets, the disruption of which can have positive effects across several echelons of the counterfeit trade. Focusing limited enforcement resources on valuable choke points which contribute to an ecosystem response can often be the most fruitful and strategic approach.

Counterfeit pharmaceuticals in particular, given their specific methods of typical advertisement and sale, are prone to certain forms of interdiction over others. It is well known that counterfeit pharmaceuticals are advertised heavily on both internet ads and email “spam” messages, all of which attempt to direct a prospective purchaser to a product-ordering website. Attempting to interdict the advertising messages, which are often sent by botnets or third-parties through a referral-affiliate relationship, or to shut down specific websites, is a losing proposition. This is the case because there are hundreds of thousands or more of each, and the costs to re-establish a confiscated website are negligible compared to the significant enforcement costs. However, academic researchers working with industry and enforcement contacts identified several potential chokepoints on which these sorts of pharmaceutical sales pathways rely. See Dharmdasani et al., “Priceless: The Role of Payments in Abuse-advertised Goods,” CCS ’12, October 16–18, 2012, Raleigh, N.C. One key chokepoint relationship for online transactions is a seller’s host bank, nearly always non-US and non-EU, that is willing to accept abusive credit card transactions related to these unlawful goods from card processors such as Visa and MasterCard.

Nearly all online counterfeit pharmaceutical revenue can flow through these concentrated banking relationships, and researchers discovered that intercepting just one or two of these banking relationships, and seizing related funds, could have ripple effects disrupting thousands of drug transaction websites and referral affiliates. For example, a 2011 study determined that across 95% of spam e-mail for pharmaceuticals and similar goods, only three acquiring bank institutions were used. Id. This research demonstrates a guiding principal of anti-counterfeiting efforts: enforcement is most successful where the “termination cost [to the counterfeiter] is inevitably far higher— in fines, in lost holdback, in time and in opportunity cost—than the cost of the intervention itself [by the rights holder]. … [R]elatively concentrated actions with key . . .  institutions can have outsized impacts.” Id.

Targeted investigations and enforcement are only one aspect of a comprehensive anti-counterfeiting approach. Successful rights holders employ a broad-based strategy, involving secured supply chain management, thorough technology and distribution agreements with market partners, and high-tech security solutions such as secure packaging, microchips, holograms, and the like. The combination of many of these controls can make enforcement actions easier and more productive, and thus reduce the prevalence and success of counterfeit competitors. In addition, it is important to inform consumers and retailers about both the dangers of counterfeits and the value of accessing authentic products. Pharmaceutical companies should engage in advertising to alert the marketplace to the dangers of counterfeit pharmaceuticals and to also assist others in identifying counterfeit drugs – including examination of packaging and medicines for quality, condition, spelling and grammar; and checking manufacturing and expiration dates and batch numbers on both exterior and interior packaging.

The problem of fake drugs is in fact very real news and companies here in North Carolina and around the world are taking steps to defend their brands and protect their customers in the marketplace.

Stephen Shaw is an anti-counterfeiting and brand protection litigator who loves chasing knock-offs for strategic business effects. His experience includes litigation of major intellectual property issues in a breadth of domains, including anti-counterfeiting as well as copyright, trademark, and patent disputes. Stephen has experience with clearance and counseling related to a variety of IP protection methods, and he often assists rights holders in tailoring their IP regimes to the most efficient effect against infringers.