Lessons From The Largest Patent Damages Award In History 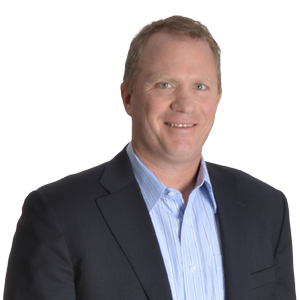 By now, most everyone in the patent community has heard about the $2.54 Billion dollar jury verdict in a battle over Hepatitis C medication that resulted from a jury trial in December 2016. In Delaware federal district court, Idenix Pharmaceuticals Inc. (now owned by Merck & Co. Inc.) and Gilead Sciences Inc. faced off in a patent trial roughly three years after Gilead introduced its blockbuster Hepatitis C drugs, Sovaldi and Harvoni.

While a case such as this will certainly be litigated further in post-trial motions and eventually on appeal to the Federal Circuit, I was very curious to understand how the damages case played out at trial. Damages expert Andrew Carter of Ocean Tomo, testifying on behalf of Idenix, opined to a royalty of 10%, for damages totaling $2.54 billion. Gilead’s damages expert, Jonathan Putnam of Competition Dynamics, countered with figures ranging from $73 million to $380 million. After a week and a half trial, the jury awarded exactly what Idenix had asked for- 10% of sales for the full $2.54 billion. And with that, Idenix became the winner of largest patent damages award in history.

What were the keys to Idenix’s mammoth award, and what can be learned from how the parties approached the damages case? A review of the trial transcripts and other court documents points to a few lessons that can be applied to patent damages cases of all shapes and sizes.

"Lesson: Tie in your damages story together from your opening through to your closing arguments." Some patent-owners’ attorneys focus on validity and infringement, relegating damages to a secondary role (although my experience has been that this occurs more often when the chances of prevailing on infringement or validity are low). This approach is justified along the lines of -- “if we don’t win validity and infringement, the damages will be zero.” Counsel working for accused infringers often take a similar view, noting “if we win on liability we won’t have to worry about damages, and if we focus on damages, the jury may (incorrectly) assume we think our liability case is weak.” While both viewpoints have elements of truth, unless the judge has bifurcated liability from damages, attorneys from both sides have no choice but to address damages throughout a jury trial.

One common and preferred method is to inform the jury what the evidence will be related to damages in the opening statement; telling the damages story through multiple fact witnesses (even purely “technical” witnesses can assist in showing why and whether the patent has value); having an expert witness (or sometimes two) explain how that factual testimony plays into and supports a certain damages figure or reasonable royalty; and then summarizing and emphasizing your damages story in the closing argument. It is apparent that Idenix adhered to this method. Idenix’s attorney made clear in the opening statement what it was seeking in damages, and why that number made sense. While Idendix relied on some factual testimony and exhibits, it was seeking a reasonable royalty, not lost profits, so much of the testimony came from Mr. Carter’s expert testimony, where he provided the analysis for the damages already previewed by counsel in the opening statement. Finally, in closing argument, Idenix’s attorney reiterated that the “fair and reasonable” royalty in this case was 10 percent, and explained why.

Conversely, Gilead’s attorney did not discuss in either opening statement or closing arguments its view of the potential damages in the case, except to tell the jury it was their job to determine if Idenix was entitled to $2.5 billion. Gilead’s entire opening and closing arguments centered on validity and willfulness issues. By largely avoiding informing the jury of its view on the appropriate damages award in the event that liability was found, Gilead risked the jury finding liability and then awarding Idenix the full amount of the damages sought.

"Lesson: Give the jury a number." Jurors have to comprehend and remember a vast amount of information, so it is usually best to provide a clear, single damages figure for them to focus on.  In addition, much has been written about the tendency of jurors to “anchor and adjust” when considering potential damages. To start such a process, juries should be provided with something to anchor to, which is typically an expert’s damages opinion. In this case, Mr. Carter testified to a specific number: 10% of infringing sales. He also provided the jury with the simple calculation (10% times $25.4 billion in sales) to arrive at $2.54 billion in damages. In contrast, Dr. Putnam did not provide the jury with either a royalty percentage or a specific dollar figure for damages, and instead provided various dollar indicators that ranged from $73 million to something less than $380 million. Essentially, this left the jury with a choice between A) a concrete number, and B) puzzle pieces that were to be assembled into a concrete number. We obviously do not have insight into how the jurors deliberated to determine the damages figure, but they may have traveled down the easier road that Idendix provided.

Both damages experts discussed the first two elements of the jury instructions, comparable agreements and the royalty form, but only Idenix’s expert addressed the Georgia-Pacific factors. As many practitioners know, there is a debate about the ongoing use and applicability of the Georgia-Pacific factors in determining patent damages. And for those that have sat through lengthy, often dry testimony about the use or impact of these factors, it may be tempting to ignore or at least minimize them. But if the judge is going to explicitly instruct the jury to consider those factors, then the damages experts should give the jurors the necessary tools to evaluate them. Here, Idenix’s expert testified about what he believed were the important factors, and how those would apply to the case. Without an opposing viewpoint, this testimony may have had a significant impact on the final outcome.

"Lesson:  Keep it simple." This last lesson is one of the earliest ones many young trial lawyers learn, and it never hurts to be reminded of it. In its opening statement, Idenix boiled down a complex case to “three simple truths”:

To drive home the third point, more than a dozen times during its closing argument, Idenix’s counsel reminded the jury that the damages should be 10%, frequently saying that Gilead’s actions were an “effort to avoid paying that 10%.” This was a simple message that undoubtedly left a strong impression as the jury headed into its deliberations.

In summary, the above four lessons likely only scratched the surface of what could be learned from the trial. As most trial lawyers know, elements of the liability case typically bleed over into the damages case (and vice-versa), and damages verdicts are often a compromise that incorporate elements seen throughout the entire trial. Additionally, a small portion of the transcript was sealed, so what happened in that period is unknown. Even so, $2.54 billion is a massive award, and what worked for Idenix in its case can provide valuable insight into what can work in your patent case.