The Energy Crisis that Never Happened: What Happens Later? 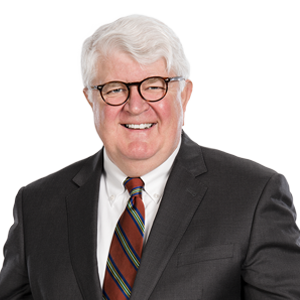 This article originally was published in the Upstate Business Journal.

As recently as 2008, experts predicted a dire U.S. energy crisis by this time. In my last column, I surveyed the present positive energy landscape and described the energy crisis that never happened. Here are four factors that influence our energy future.

Shale reserves
Why was the energy crisis avoided? Renewables, efficiency, and alternative energy have played a role and that role will expand in the future. But they represent only a small fraction of the total U.S. energy picture. What primarily changed the energy landscape was fracking, or more precisely, the hydraulic fracturing of shale deposits deep underground.

Drillers sink wells into these shale formations, horizontally drill through those formations, and then inject fluids and sand into those deposits at enormous pressure. The high-pressure fluid opens up fissures allowing natural gas that would otherwise be trapped to flow to the surface. The amount of gas that can be produced through fracking is staggering. Gas reserves are currently projected to be sufficient to last not for decades but for generations at current U.S. consumption levels. Natural gas prices are now on the order of 75 percent less than what they were forecasted in 2009 to be today.

And in a particular stroke of luck, much of these new shale gas reserves are found near Northeastern and mid-Atlantic population centers, in formations like the Marcellus and Utica shales in Pennsylvania, Ohio, West Virginia, Michigan, and New York. The new shale gas reserves are located much closer to where the gas is needed, reducing the need to expand the existing East Coast pipelines. Instead, the new pipelines are moving fuel across the Appalachians west to east to serve population centers on the Atlantic coast.

Low cost of production
In the current production environment, it is not clear how low prices must drop to limit production by fracking. OPEC and Russian oil producers tried to shut down the U.S. fracking industry in its infancy by holding oil prices to levels they thought would be sufficient to destroy fracking economically. (It is important to remember that fracking produces both oil and natural gas.) But U.S. fracking companies found ways to dramatically reduce costs to levels that OPEC and Russia could not overcome. Past history shows that even very low prices may not be sufficient to reduce fracking, simply because the costs of production are so low.

Global demand
The world is an energy-hungry place. Energy means light and comfort, heat when it is cold, air conditioning when it is hot, a warm bath for the kids, and a hot meal for the family. Much of the world does not consume energy at the level that Americans do and does not enjoy the benefits of energy consumption to the degree that we enjoy it. Port facilities are opening up to allow natural gas to be turned into a highly chilled liquid which can be shipped by supertanker throughout the world. We are increasingly exporting energy in the form of liquefied natural gas to an energy-hungry world. Those exports may one day raise prices here as our domestic prices more and more reflect global energy demand and pricing. In addition, products like fertilizer, plastics, steel, and aluminum that require a great deal of energy can once again be produced efficiently in the United States. By exporting those products, we are in effect exporting U.S. energy. That may one day cause domestic prices to rise.

Environmental concerns
There is always the risk that environmental dangers will be found that will limit fracking itself. It is also possible that future administrations will discourage natural gas consumption in response to fears of climate change. Much of the recent reduction in U.S. carbon dioxide emissions has been due to the substitution of natural gas for coal as the primary fuel for electric generation. This substitution has reduced carbon dioxide emissions by 40 percent. But once coal generation has been displaced by natural gas generation, further reductions will require reducing the amount of natural gas that is burned.

Predicting our energy future
The great New York Yankees manager Casey Stengel said, “Never make predictions, especially about the future.” Is the current energy abundance a permanent feature of our economic and business life? Are the benefits we currently receive to be enjoyed indefinitely? Here’s my very general projection.

There is an old saying among natural gas traders: The best solution for low prices is low prices. Low prices encourage consumption and discourage production — and consumption and less production eventually raise prices. Low prices lead to high prices. Going forward, we can expect that there will be continued growth in energy-dependent U.S. manufacturing. We can continue to expect the U.S. economy to be buoyed by low energy cost just as the economy is buoyed when taxes are lowered. Given the current natural gas reserves, and the lack of limitations on production and use, we can expect future energy prices to remain stable for a time.

But how long can we expect this to be the case? There is really no way to know. Every energy crisis and every energy boom contains within it the seeds of the next crisis. What those seeds are and when they will come to life will only be known in future decades.

Belton Zeigler provides clients with solutions to complex energy, utility, environmental and cybersecurity matters based on more than 30 years of energy industry experience. He has served as general counsel to a major electric and natural gas utility, where he also had managerial responsibility for industrial customer relations, power marketing and strategic planning.