On October 17, the United States Senate passed S.2258, the Criminal Antitrust Anti-Retaliation Act of 2019 (“CAARA”). If enacted, it would amend the 2004 Antitrust Criminal Penalty Enhancement and Reform Act, which limited the damages liability of successful applicants to the DOJ’s amnesty program. CAARA offers additional and significant protections to employee whistleblowers who report criminal antitrust violations or otherwise participate in federal investigations or proceedings arising out of or relating to criminal antitrust violations.

A covered individual who has been demoted, terminated, or otherwise disciplined for providing information about a criminal antitrust violation may file a complaint against the employer with the Department of Labor within 180 days of the alleged retaliation, and a successful complainant will recover from the employer “all relief necessary to make the covered individual whole,” including reinstatement, back pay with interest, and compensation for special damages sustained, including costs and reasonable attorney’s fees. CAARA fast-tracks the resolution of complaints, and if there is a delay of 180 days or more in the issuance of the Secretary of Labor’s decision, the complainant may file a civil action in a federal court. Moreover, either the Secretary of Labor or the complainant may file a civil action in federal court to enforce any preliminary or final administrative order with which the employer has failed to comply.

CAARA, having passed the senate unanimously, now moves to the House of Representatives, where several earlier versions have failed over the last six years. However, the current iteration of the statute finally has the endorsement of the DOJ Antitrust Division, which should improve its likelihood of passage in the House.

In a press release, sponsors Chuck Grassley (R-IA) and Patrick Leahy (D-VT) commented that CAARA “incentivizes private sector employees to disclose criminal violations . . . [and] can be a real deterrent to those who are thinking about committing fraud in the future.” CAARA could result in a significant increase in DOJ investigations from an uptick antitrust tips to the Department. After the SEC implemented a similar whistleblower scheme under Dodd-Frank, it received 3,000 tips in just the first three years. In addition to the risk of substantial damages liability for retaliation against employee whistleblowers, employers should be wary of enhanced DOJ enforcement efforts upon CAARA’s enactment. If you have any questions about CAARA or other antitrust matters, please contact David B. Hamilton at (410) 545-5850 (David.Hamilton@wbd-us.com), Jason C. Hicks at (202) 857-4536 (Jason.Hicks@wbd-us.com), or Ian R. Dickinson at (202) 857-4463 (Ian.Dickinson@wbd-us.com).

Womble Bond Dickinson client alerts are intended to provide general information about significant legal developments and should not be construed as legal advice regarding any specific facts and circumstances, nor should they be construed as advertisements for legal services. 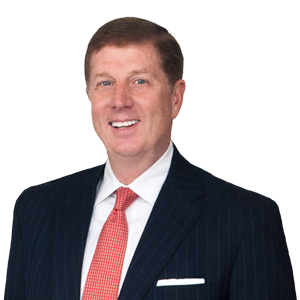