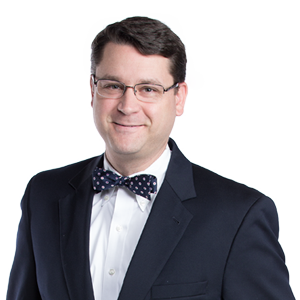 Laches is an equitable defense based on a plaintiff’s unreasonable delay in pursuing a claim. In 2014, the Supreme Court effectively eliminated the laches defense in copyright cases, ruling that the copyright statute allows for claims within a three year statutory period regardless of a plaintiff’s delay. See Petrella v. Metro-Goldwyn-Mayer Inc., et al., Case No. 12-1315 (May 14, 2014) (“Raging Bull”). Notwithstanding the Supreme Court’s opinion in Raging Bull, on September 18, 2015, the Federal Circuit Court of Appeals held that a plain reading of the Patent Act confirms that laches remains a defense in patent infringement actions. SGA Hygiene Products Aktiebolag v. First Quality Baby Products, LLC, Case No. 2013-1546 (Fed. Cir. Sept. 18, 2015) (“SGA”).

First Quality argued that the equitable defense of laches barred the plaintiff from recovering any damages from the time period prior to filing the complaint. The plaintiff responded by arguing that Raging Bull eliminated the defense of laches in both copyright and patent actions. The district court disagreed. The plaintiff then appealed to the Federal Circuit, where a three-judge panel affirmed the ruling that laches remains a defense in patent infringement cases. SGA then petitioned for rehearing en banc.

After reviewing the Patent Act and conducting an exhaustive review of preceding common law, the six-judge majority determined that Congress intended for laches to be a defense to a claim for patent infringement. More specifically, the Federal Circuit found that 35 U.S.C § 286 is a limitation on damages, rather than a statute of limitations on an entire action. The Court further held that laches remains available as a factor to be considered when assessing whether to bar prospective injunctive relief and a mandatory reasonable royalty, although the Court indicated that “egregious circumstances” are necessary before laches bars the imposition of an ongoing royalty in circumstances where an injunction is not warranted.

The dissent agreed with the majority that laches is available to potentially bar prospective equitable relief. However, the dissent accused the majority of creating “special rules for patent cases.” The dissent argued that both common law and Supreme Court precedent, including Raging Bull, preclude laches from barring damages for claims accruing during the Patent Act’s six-year damages limitation period.

The split in the Federal Circuit en banc panel and the fact that this issue rests almost entirely on statutory interpretation increases the likelihood of a petition for certiorari being filed with the United States Supreme Court. Indeed, in Raging Bull the Supreme Court noted that it has not had occasion to examine the viability of laches in the patent context – so stay tuned.

The preservation of the laches defense is important to defendants, especially those facing allegations by non-practicing entities (“NPEs”) that often assert patent infringement claims years after patents have issued.

If you have any questions about laches or intellectual property litigation in general, please contact Jacob S. Wharton or John F. Morrow.

Womble Carlyle client alerts are intended to provide general information about significant legal developments and should not be construed as legal advice regarding any specific facts and circumstances, nor should they be construed as advertisements for legal services.

IRS CIRCULAR 230 NOTICE: To ensure compliance with requirements imposed by the IRS, we inform you that any US tax advice contained in this communication (or in any attachment) is not intended or written to be used, and cannot be used, for the purpose of (i) avoiding penalties under the Internal Revenue Code or (ii) promoting, marketing or recommending to another party any transaction or matter addressed in this communication (or in any attachment).

How “Accessible” is Your Website? Resolve to Prioritize Digital Accessibility in the New Year and Avoid a Lawsuit

Broadband Funding in the Infrastructure Act: What Does It Provide and How Do Companies Qualify For It?

Be Prepared: Strategies to Help Institutions Prepare for the Next (or First) Title IX Hearing

Get to the Point: OSHA’s New Rule on Mandatory COVID-19 Vaccination