Brexit: the impact on merger filings 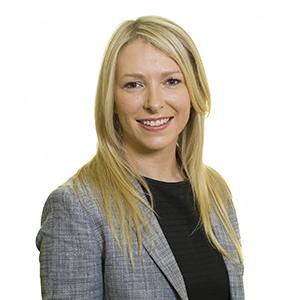 The UK has formally ceased to be a member of the EU. We now have a transition period, until 31 December 2020, during which the UK will adhere to existing EU Rules including the EU Competition Rules.

Businesses need to be aware that the "EU One Stop Shop" for transactions which fall under the EU Merger Regulation, will cease to apply to the UK at the end of the transition period, meaning that qualifying transactions may be scrutinised both by the EU Commission and by the Mergers Branch of the UK Competition and Markets Authority (CMA).

It is likely that the CMA will get involved in pre-notification discussions with parties to transactions that will be subject to parallel EU and UK reviews by early autumn 2020, because of the long lead time for notifications. Businesses looking to make acquisitions during 2020 need to bear this in mind and plan accordingly.

When can the CMA review a transaction?

Even before Brexit, the CMA began to intervene in transactions where the UK element of the deal, as a proportion of the parties’ global sales or assets, appeared limited, and where the vast majority of sales were outside the UK. The CMA is entitled to review a merger situation where either:

The share of supply test is very easy to satisfy and requires both the purchasing group and the business being acquired to be involved in the same economic activity (e.g. the sale of specific components). The test does not necessarily involve looking at shares of supply on an economic market, but can involve any plausible frame of reference. In recent cases, the CMA is understood to have established the share of supply test was satisfied by reference to supplies made to a single customer.

A peculiar feature of the UK Merger Control regime is its ability to review transactions involving lower levels of influence than full control. For instance, in E.ON / RWE the CMA found that a shareholding of less than 20% was sufficient to give RWE material influence (i.e. a form of control) over E.ON. The CMA emphasised that RWE’s shareholding compared with that of the other shareholders, combined with its industry status and expertise, would be sufficient to give it influence over E.ON’s commercial policy.

The CMA has also opened investigations regarding merger effects on what appear to be global markets, even where other merger control authorities have cleared the deal. For example, in December 2019 the CMA opened an on-going investigation into Google LLC / Looker Data Sciences, an apparently US-centric cloud computing deal, at a time when it had already been cleared in the US and Austria.

Although the UK Merger Control regime does not require mandatory notifications for qualifying transactions, it would be wrong to assume that the CMA takes a relaxed approach to the review of such transactions. With its dedicated Mergers Intelligence function, whose role is to keep the CMA appraised of potentially qualifying mergers that should be reviewed under the UK Merger Rules, it is dangerous to assume that the CMA will not become aware of a completed transaction – third parties can advise the CMA that a transaction has happened, which can prompt a request for information to be sent out to the merged parties and a subsequent merger review to be initiated by the CMA.

Where transactions involve parties engaged in the same economic activity, the CMA routinely issues an initial order requiring the parties to cease their integration activities. In appropriate cases, the CMA can also order the parties to reverse their integration actions. The reason for this is to ensure the business acquired can be disposed of to an appropriate purchaser, in circumstances where the CMA has serious concerns about the impact of the transaction on competition and feels the only plausible remedy is divestment.

If the CMA does not have sufficient time to undertake a Phase I Merger Review, because it only becomes aware of a qualifying merger several weeks after it was "made public", the parties run the risk of having to go through a costly and burdensome 6 month plus Phase II Merger Review. Such a development may cause parties to abandon the transaction, due to the further delay and significant costs of a Phase II Merger Review.

What should businesses be doing?

As part of their transaction planning, businesses should obtain appropriate advice on whether the CMA is likely to have jurisdiction over their planned transaction. If it looks like the transaction might fall within the CMA's jurisdiction but it requires a notification under the EU Merger Regulation, consideration will need to be given as to the likely timing of any notifications. If a notification to the EU Commission can be made before 31 December 2020, there may be benefits in seeking to do this – particularly where the transaction only has a limited impact in the UK.

For transactions which are unlikely to be notified to the EU Commission before 31 December 2020, consideration should be given as to the merits of commencing a dialogue with the CMA – particularly where the transaction will have an impact in the UK. The pre-notification process in the UK involves a considerable amount of information gathering which the merging parties would be well advised to complete, if possible, before the acquisition documents are signed.

Taking the risk of not approaching the CMA with details of a qualifying transaction is always an option, for so long as the UK Merger Control regime remains a voluntary one. However, if the transaction will have an impact on competition in the UK, which could be an impact in a local market, this may not be a risk worth taking. A forced divestment, following a problematic Phase II Merger Review, would be a costly exercise and one which most businesses will seek to avoid.

WBD announces 23 managing associate and associate promotions in the UK