Was the commissioning of public health services capable of transferring by virtue of TUPE? 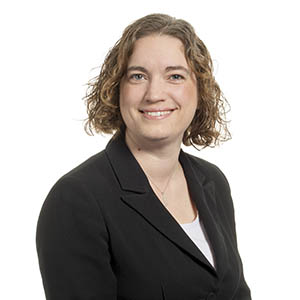 In Nicholls and others v London Borough of Croydon (UKEAT/0003/18 and UKEAT/0004/18) the Employment Appeal Tribunal (EAT) concluded that the claimants' appeals should be allowed and their matters should be remitted to a newly constituted employment tribunal (ET) for reconsideration on the grounds that the ET had not adequately explained its reasoning in reaching its conclusion on the issue of whether a public health services team was carrying on an economic activity for the purposes of TUPE. In reaching its decision, the EAT was required to consider the complexities of assessing when an entity in the public sector constituted an undertaking or economic entity capable of transferring by virtue of TUPE, and when it constituted an administrative function incapable of transfer.

The claimants, including Mrs Nicholls, Ms Schwartz and 12 others, were employed by Croydon Primary Care Trust (the Trust) in a team responsible for the commissioning of public health services. Their employment was transferred from the Trust to the London Borough of Croydon (the Council) on 1 April 2013.

The claimants' cases were considered by the ET in a five day hearing in March 2017. The parties to the proceedings placed before the ET an agreed statement of facts, but there remained two primary issues for consideration:

The ET decided that there was no relevant transfer for the purposes of TUPE because it concluded that the commissioning of public health services was an administrative function falling within regulation 3(5) of TUPE.

The ET rejected arguments that:

In a lengthy and detailed decision, which considers the individual elements of what constitutes an undertaking, economic entity and an administrative function, the EAT concluded that, having made the above finding regarding the fact that the work done by the public health team could be, and in fact was, offered by non-state actors operating in the same market, there was a strong indication that the public health team was carrying on an economic activity, the ET either failed to give adequate reasons for its conclusion or was wrong. The ET had also been wrong to conclude that, if there was a relevant transfer, the claimants' employment was not transferred pursuant to regulation 4(1) of TUPE and that they were not entitled to rely on regulation 4(4) in respect of the purported variation of their contractual terms.

This is an interesting case because of the high level of technical argument on the meaning of 'undertaking', 'economic entity' and 'administrative function', which is rarely seen in domestic cases. The EAT decision provides a useful summary of the elements to be considered when determining whether there is an undertaking capable of transfer by virtue of TUPE, but more particularly it provides a clear and comprehensive picture of the case law (both domestic and European) relating to each of the material factors to be considered, particularly in relation to services or entities performing functions within the public sector.

The judgment also contains useful information regarding the duties owed by ET judges when delivering their judgments, to ensure that they provide sufficient explanation in their reasoning to provide context to their judgment. This is a "go to" judgment when considering any situation where the existence of an undertaking is in question, but particularly in cases involving public sector functions.