The SPV that lost its P 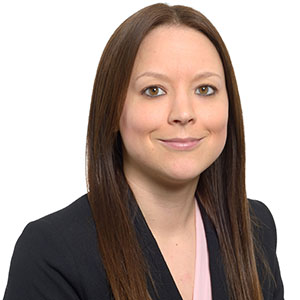 Equitix ESI CHP (Wrexham) Limited (Equitix) engaged Bester Generacion UK Limited (Bester) to design and build the Wrexham Biomass Fired Energy Generating Plant under a contract dated 29 April 2016. Equitix was an SPV created for the purposes of the project, whilst Bester was a contractor specialising in renewable energies.

Initial progress on the project was slow and a dispute soon followed regarding whether or not Bester was entitled to an extension of time. An adjudicator found that Bester had no such entitlement and accordingly it was blamed for the delays on the project. Only a month after this decision, Equitix terminated the contract and notified Bester that it would not be continuing with the project.

A further dispute followed regarding the validity of Equitix's termination of the contract and its submission of an interim account, requiring Bester to pay over £11million within a matter of weeks. Unsurprisingly, this dispute was referred to adjudication, resulting in a decision requiring Bester to pay Equitix nearly £10million, £8million of which was made up of sums previously paid to Bester for the works. Bester failed to pay and accordingly Equitix sought to enforce the adjudicator's second decision.

Bester also sought a stay of execution in the event that it was unsuccessful on the above two grounds.

In order to have a construction contract (and therefore benefit from statutory adjudication), the parties must have an agreement for the carrying out of construction operations (s. 104 of the Construction Act).

Bester argued that the contract "as a whole involved some excluded operations" under s.105(2)(c), including the installation of plant, and that on that basis, the adjudicator had no jurisdiction.

However, before termination of the contract very little was achieved on the project. No excavation had taken place on site and no plant, machinery or steelwork had been assembled, installed or erected on site. Accordingly, Equitix argued that none of the payments to Bester, for which Equitix was now seeking repayment, related to excluded operations.

Coulson J noted that Bester's focus "was on the scope of the overall contract (assuming it was completed), not the dispute which had actually been referred to adjudication. I think that is a misreading of s.104(5)."

Rather, what matters is whether not any part of the dispute referred to the adjudicator relates to or arose out of excluded operations, narrowly defined.

Coulson J found that the preparatory works, relating to preparation of bonds and a business plan, for example, were not excluded operations and as no plant had been installed on the site, the disputes did not concern excluded operations.

Bester's secondary argument was that it had made a general reservation on jurisdiction by way of a letter from its solicitors at the time of the first adjudication. There was no reservation in respect of the second adjudication.

Coulson J swiftly dismissed Bester's argument that the reservation in the first adjudication, which Coulson J considered related to questions of ambush/timetabling in any event, could somehow be applicable in the second adjudication and relevant to the adjudicator's jurisdiction on the basis of Bester's arguments as to construction operations.

Bester did succeed, to an extent, with its fall-back position. Bester argued that because Equitix was an SPV, there was a risk that any payment ordered as a result of Equitix's interim account might never be repaid to Bester when the SPV was wound up. By Equitix's own admission, the project was not going to be continued.

Coulson J concluded that, in light of the unsatisfactory financial information provided by Equitix and that Bester would not be able to correct any overpayment to Equitix for a number of months (during the final account process), a stay was appropriate.

Coulson J noted that Equitix had become "an SPV with no P (because it has elected not to continue with the Project)" and thus "the risk of overpaying and never being repaid by the defendant is very real and could not have sensibly been predicted when the contract was agreed."
Bester was ordered to pay Equitix £4.5million and a further £1million into court.

The case provides a helpful reminder and guidance on three points.

Firstly, in line with previous cases, it is clear that the exclusions contained within s.105(2) will be narrowly construed. In this instance, Coulson J considered that the activities of 'installation or demolition of plant…on a site' were to be construed so as to mean just that; works that were preparatory to those activities were not excluded. Indeed "It would make a nonsense of the Act if every preparatory/ancillary operation not expressly identified in s.105(1) became an excluded operation."

Secondly, any reservation of rights in an adjudication should be made at an early stage and "in a clear and open way" if a defendant hopes to rely on such a reservation at a later stage.

Finally, it is clear that an SPV which has lost its P will be susceptible to at least a partial stay of execution in enforcement proceedings, because, as Coulson J noted, there would be "no possible incentive to remain in existence for a minute longer than it needs to."

Mental health and safety in construction: what businesses should know