Health and safety sentencing - a chink of light for defendants? 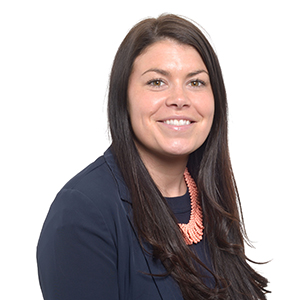 In the recent decision, Regina v MJ Allen Holdings Ltd [2016] EWCA Crim 2142, the Court of Appeal reduced the starting point for a fine in a health and safety prosecution whilst stepping back and taking into consideration the following:

The appellant company, MJ Allen holdings, pleaded guilty to one count of failing to take suitable ad sufficient measures to prevent any person falling a distance liable to cause personal injury, contrary to section 33(1)(c) of the Health and Safety at Work etc. Act 1974.

In sentencing, Judge Williams assessed the culpability under the Sentencing Guidelines as medium, the level of harm as level A and falling into category 2 on the basis of risk of death or serious injury. The Judge noted however, that category 2 was balanced against the fact that no harm was actually caused.

The appellant company's turnover in that year was £32 million, therefore it is classified for sentencing purposes as "medium".

The Court of Appeal dismissed the first and third grounds. However they believed there was significant force in the appellant company's second ground.  The confirmed that it appeared that the judge did not make any downward adjustment to the starting point, in relation to the discount for any mitigating factors, and that there were no aggravating factors.

In this case there were significant mitigating factors, and no aggravating factors, which should have driven the starting point of the fine down.  On appeal, it was held that it was highly relevant to have regard to the company's small operating profit. The net fine represented 23% of the company's operating profit.  The Court had also been informed that, since the referendum in June, the trading conditions for companies like the appellant company, which employs 240 people, had not been good.

To date the courts have been reluctant to take into account profit, regardless of whether the fine has a significant impact on the future trading of a business.  In addition, the Sentencing Guidelines states that the court is required to focus on the organisation's annual turnover (or equivalent) to reach a starting point for a fine. A court should then consider further adjustment within the category ranges for aggravating and mitigating factors. Such mitigating factors do not include the company's net profit or the economic circumstances. However taking all of those factors into consideration and stepping back, the Court considered that £120,000 would be a more appropriate starting point, with a full third deduction for the appellant's early guilty plea.

This is the first Court of Appeal judgment in which the Sentencing Guideline has been considered where the outcome has been favourable to the defendant.  It remains to be seen whether the approach, particularly in relation to profitability, will be followed.