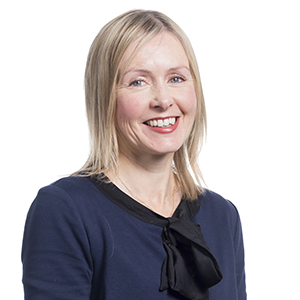 What is the Quincecare duty?

The Quincecare duty refers to a bank's duty to refrain from making a payment, without first making enquiries, where there are reasonable grounds to believe that the payment is an attempt to misappropriate customer funds. This is an objective test established by reference to the "likely perception of an ordinary prudent banker."

The facts in Singularis

Daiwa Capital Markets Europe Ltd (Daiwa) is the London subsidiary of a Japanese investment bank and brokerage firm (but not a deposit taker). Singularis Holdings Ltd (Singularis) was a company set up to manage the investments of Mr Al Sanea. Mr Al Sanea was one of the directors (along with six other individuals), the sole shareholder in and the chairman of Singularis.

Daiwa made payments of US$204 million from Singularis' accounts on the instruction of Mr Al Sanea. There were a number of "obvious even glaring" red flag indicators that Mr Al Sanea was perpetrating a fraud on Singularis. However, most of the payments were made without any investigation. Shortly after the funds were paid out, Mr Al Sanea placed Singularis into voluntary liquidation. The liquidator sought repayment from Daiwa.

The High Court concluded that Daiwa had breached the Quincecare duty of care in that any reasonable banker would have recognised that Mr Al Sanea was defrauding Singularis and using its funds for his own purposes. The damages awarded were subject to a 25% reduction for contributory negligence by Mr Al Sanea and the other directors of Singularis.

The key issue before the Supreme Court was whether Mr Al Sanea's actions should be attributed to Singularis because it was a "one man company" thus providing a defence to Daiwa on the basis of illegality, causation or because it would then have a counterclaim against Singularis in deceit.

The Supreme Court held that Mr Al Sanea's actions should not be attributed to Singularis. It held that consideration should be given to the context and purpose for which the attribution is relevant ─ which in this case was Daiwa's breach of the Quincecare duty. Damages of £150 million were awarded to Singularis.

What does the decision mean for Financial Institutions and their insurers?

Singularis made headlines because it is the first time that damages have been awarded against a financial institution for breach of a Quincecare duty. However, the case itself did not create new law on the scope of the Quincecare duty. The breach of duty in Singularis was clear and the High Court's decision on this point was not challenged by the parties; indeed, Lady Hale said that it was "incontrovertible" that the bank had breached the duty.

Financial institutions should have clear policies in place to protect client funds, including guidance on what steps to take where there are red flag indicators concerning a transaction and taking into account the context of the client's request. Daiwa was criticised by the court for failing to ensure that individuals handling payment requests had clear and defined processes to follow.

Context is important and in this case Singularis was in financial difficulty. Daiwa was aware that creditors may have had an interest in the money and that the requested payments may not have been for legitimate expenses. It follows that extra care must be taken by financial institutions if the context suggests an increased risk of dishonest transactions.

Financial institutions should document any decision to make an enquiry and the outcome of the enquiry. Alongside this, consideration may need to be given to filing suspicious activity reports.

Contracting out of the Quincecare duty of care

It is technically possible for a financial institution to contract out of its Quincecare duty of care but it is not easy. This issue was considered by the Court of Appeal in JP Morgan Chase Bank v Federal Republic of Nigeria [2019] EWCA Civ 1641.

In that case, the Federal Republic of Nigeria claimed US$875 million from JP Morgan which had made payments out in this amount on the instruction of authorised persons. The claimant alleged that the payments were made in breach of the Bank's Quincecare duty as the bank had been put on enquiry and had even filed suspicious activity reports.

The Bank applied for summary judgment on its defence. This was not only on the basis that it had contracted out of the Quincecare duty of care but also on the basis as to the ambit of what a bank should do when put on enquiry.

The Court of Appeal held that JP Morgan was not entitled to summary judgment on its defence. The bank's Quincecare duty was not excluded by the terms of the depository agreement. Moreover, the ambit of the Quincecare duty was not limited to making enquiries if suspicious of a transaction but rather would need to be determined at trial on the basis of the question of what the bank should have done and whether any breach caused the claimant's loss. It remains to be seen if these issues will be tested further at trial.

This year has seen success for banks in two group action claims.

The High Court has rejected a claim by a group of 5800 shareholders against five directors at Lloyds for damages arising out of the acquisition of HBOS in 2008: Sharp v Blank [2019] EWHC 3078 Ch.

The shareholders alleged that the board should not have recommended the acquisition of HBOS because "it implemented a dangerous and value destroying strategy which involved unacceptably risky decisions." Alternatively, additional information should have been provided about HBOS loans which would have persuaded some 1.4 billion shareholders to vote against the acquisition.

Although the court held that the directors should have disclosed to shareholders the existence of a loan from the Bank of England called "Emergency Liquidity Assistance" totalling £25.65 billion and a £10 billion loan from Lloyds to HBOS, it rejected the shareholders' argument that had disclosure been made that the HBOS share price would have collapsed and with it the deal. The court held that the board's recommendation to proceed with the acquisition was a reasonable one and that the board had reasonably relied on experienced professional advisers. The shareholders could not overcome the burden of proof in establishing that had disclosure been made, some 1.4 billion shareholders would have voted differently.

The case illustrates the difficulty for claimants to prove that any defects in a recommendation or disclosure has caused the shareholders a loss. According to media reports, the shareholders are considering an appeal.

Barness and others v Ingenious Media and Others [2019] EWHC Ch

This case concerns four professional footballers who invested in film partnerships but then sustained heavy losses when HMRC disallowed their claims for sideways loss relief. Over 500 other investors are reported to be making claims against the banks, the financial advisers, those who developed and marketed the film partnerships and others.

The investors were introduced to the Ingenious scheme by an IFA who told them that they could borrow money from the defendant banks to invest in the film schemes (thereby increasing the size of their investments and so the relief available). The investors duly took out loans with the banks and opened accounts into which the loans were paid. The investors argued that their relationship with the banks was not a conventional one because the loans were packaged together with the Ingenious scheme in which they invested. They argued that the banks had an implied duty in contract not to provide loan finance unless it was suitable for the investor. They also argued that the banks were liable in tort and/or vicariously liable for the IFA's advice.

The banks successfully applied for the claims against them to be struck out on the basis that they did not owe the claimants any contractual or tortious duty as asserted by the claimants. The banks were also awarded summary judgment on the assertion that they were vicariously liable for the advice of the IFA.

The FCA has signalled its intention to initiate a debate on whether the current regulatory model is the right one. We can expect to see detailed papers, including an analysis of future market dynamics and a discussion paper about its Principles for Businesses as well as a Handbook review.

Alongside the proposed regulatory changes, the FCA plans to publish a paper early in 2020 seeking views on its latest plans for a new duty of care. The FCA originally proposed a new duty of care in July 2018. It published a feedback statement in April 2019 which showed that many of those who responded to its discussion paper advocated that the FCA wait to understand the effects of the Senior Managers & Certification Regime (SMCR) on culture and governance before introducing further change.

Separately, a private member's bill was introduced in the House of Lords in October 2019 which proposed an amendment to the Financial Services and Markets Act 2000 to empower the FCA to introduce a duty of care owed by authorised persons to consumers in carrying out regulated activities. It remains to be seen whether this legislation will be resurrected in the new parliament.

2020 will be the first year following the final SMCR implementation date of 9 December 2019. The FCA and the PRA's most recent business plans indicate that they will be evaluating the effectiveness of the regime. The FCA in particular lists firms' culture and governance as a priority which may mean more FCA enforcement investigations focusing on senior management responsibility.

Climate change has become a hot topic in 2019 not only in the political landscape but also for regulators and investors. Read more here.

At the time of writing the position on Brexit remains unclear. The Financial Services (Implementation of Legislation) Bill was intended to provide a mechanism for the government to implement EU financial services legislation in the event of a no-deal Brexit. However, this did not complete its passage through parliament and it remains to be seen whether it will be reintroduced by the new parliament.