The European Commission (EC) has published its principles for the dialogue on intellectual property rights in the Brexit negotiations, the first time the EC has commented on its position since the Referendum.

The publication brings positive news for owners of what are called "Intellectual property rights having unitary character within the Union", applicants for supplemental protection certificates, and companies, businesses and individuals who rely upon the exhaustion of rights in the EU as part of their trading operations. However, the reciprocity required to achieve the aims underpinned by these principles may be unrealistic, given the apparent motivations of the UK for leaving the EU, and there are concerns that, to date, little consideration has been given the practical implementation of these arrangements, and the administrative burden facing the UK and EU intellectual property offices.

The principles provide guidance on the treatment of registered unitary intellectual property rights, as well as on pending applications and supplementary protection certificates, and provisions on the legal protection of databases, which aim to address the "uncertainty for UK and EU27 stakeholders alike" which the UK's withdrawal from the EU will create.

Firstly, according to the EC, holders of "Intellectual property rights having unitary character within the Union", which includes European Union trade marks, registered and unregistered Community designs, and various protected geographical indications or protected designations of origin granted before the withdrawal date, should continue to have an enforceable right in relation to the UK, without costs (other than administrative costs) being borne by right-holders. It is noted that following this principle may require the implementation of specific domestic law, as well as the automatic recognition of intellectual property rights in the UK on the basis of existing rights having unitary character in the Union. Where applicable, it would also need consideration of specific changes regarding "genuine use" and "reputation" for trade marks, as well as respect to priority and seniority principles and determination of renewal dates.

The EC's recommendations with regards to applications for unitary rights still pending are not quite so favourable. The EC's proposals would permit applicants to keep the benefit of any priority date of a pending application, but require a separate application after the withdrawal date for an equivalent right in the UK.

The EC seems keen to preserve the rights of applicants for supplementary protection certificates (or extensions thereof) sought before the withdrawal date, stating that they should continue to be entitled to obtain the same in the UK after the withdrawal date, and that it should provide equivalent protection to Union law, but it is unclear whether a separate application would be required.

As regards the continuing protection of databases, the EC's principles suggest the requirements of Article 11(1) and (2) of the Database Directive – relating to the need of beneficiaries of the sui generis database right to be nationals of a Member State or habitually reside in a territory of the Community – could be waived for UK nationals, companies and firms, in consideration for the UK not excluding EU27 nationals, companies and firms from legal protection of databases in the UK based on nationality or establishment grounds.

Whilst it is anticipated that these principles proposed by the EC are not entirely unsupported by rights-holders and professional bodies in the UK (indeed support for the continuation of existing unitary EU rights covering the UK after withdrawal from the EU was reported by the Chartered Institute of Trade Mark Attorneys in its Brexit position paper circulated in July 2017), it is difficult to foresee that the UK will take such a conciliatory view without significant lobbying from holders of rights which currently have unitary character in the Union. However, perhaps such pessimism is unwarranted, given the UK government has confirmed since the Referendum result that it would be proceeding with plans to ratify the Unified Patent Court Agreement which – whilst not a product of EU legislation – is underpinned by and connected with the creation of unitary patents (in place of classic European patents), a single patent granted across a number of EU signatory states.

It is also clear from the EC's recommendations that, if EU unitary rights are to be recognised in the UK after the withdrawal date, both the UK and EU intellectual property offices could face a serious administrative burden. Depending on the route by which EU rights must be recognised in the UK – whether via the automatic entry of all EU trade marks and registered Community designs onto the UK registers, or whether an "opt-in" or "veto" mechanism is required, or by some other method – it also seems likely that significant costs will be involved, without any suggestion of who will bear this. In addition, no mention has been made concerning the rights of representation at the EU IPO for UK nationals, which could affect certain EU trade marks and registered Community designs (as well as pending applications) where a UK representative is listed.

Undoubtedly, this is a useful communication in terms of the EC's starting position in the Brexit negotiations, but we anticipate there will be a long road ahead before the withdrawal plans affecting intellectual property rights are much clearer. 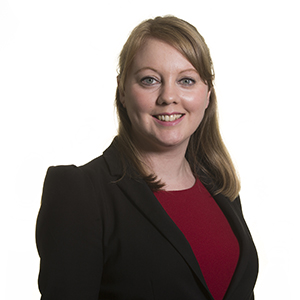