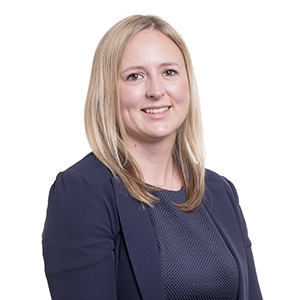 In Mutombo-Mpania v Angard Staffing Solutions Ltd (UKEAT/0002/17), the Employment Appeal Tribunal found that an employee had failed to discharge the burden of proof on him to provide evidence of his day-to-day activities affected by his medical condition and that his employer could not have been reasonably expected to know that he had a disability after he had denied having one.

Mr Mutombo-Mpania (the Claimant) started working for Angard Staffing Solutions Ltd (Angard) as a flexible resourcing employee in November 2015. Angard provides casual staff to the Royal Mail Group. When completing Angard's recruitment forms the Claimant indicated that he did not consider himself to have any form of disability. In addition, when completing a form that recorded his particulars in case a referral needed to be made to occupational health, the Claimant did not provide any further details of his health condition. The Claimant's terms and conditions stated that there were no normal hours of work and that hours of work would vary according to the needs of Angard and the availability of work.

Between 21 November and 15 December 2016 problems arose on four occasions due to the Claimant not attending work. He said that his "health condition" prevented him from working regular night shifts. He had been diagnosed with essential hypertension (high blood pressure). He took medication for his condition but still suffered from headaches, fatigue and breathing difficulties. He was eventually advised that he would no longer be required.

The Claimant started employment tribunal (ET) proceedings in relation to a number of claims, including disability discrimination. A preliminary hearing followed and the ET sought to decide if the Claimant was disabled under the Equality Act 2010.

The ET held that the Claimant had not discharged the burden of proof on him to show, either through his evidence or the production of medical evidence, that his condition had a substantial adverse effect on his ability to carry out normal day-to-day activities. The ET said that the Claimant referred to a desire not to work a regular night shift but produced no evidence of why this had an impact on his condition or why this was caused by his impairment.

In considering whether Angard knew, or could reasonably have been expected to know, that the Claimant had a disability the ET decided that Angard had no express knowledge of the Claimant's condition and pointed in particular to the recruitment forms that had been completed by the Claimant, which indicated that he did not have a disability or any health concerns that might have required adjustments to be made.

Finally, the ET looked at whether Angard had constructive knowledge of the disability (ie should the disability have been inferred by the employer even though the Claimant did not divulge his health problems?). Despite the fact that the Claimant had referred to having a health condition that prevented him from doing certain shifts, the ET held that the circumstances were insufficient to be able to demonstrate constructive knowledge. The ET did however state that Angard should have made further enquiries and tried to obtain more information about the health condition and its impact on the Claimant's work. The Claimant appealed.

The Employment Appeal Tribunal (EAT) upheld the ET's decision and the appeal was dismissed.

This case shows the importance of both employers and workers/employees communicating where health and disability concerns exist and serves as a reminder that, while the burden of proof is on the claimant to prove his or her disability, an ET will also investigate whether any constructive knowledge can be inferred on the part of the employer.

The claimant in this case was not able to demonstrate his disability or knowledge of his disability but he had made comments in relation to his health that the ET thought could have put Angard on notice of a potential disability and perhaps warranted further investigation. Employers should therefore look out for signs that employees may have a disability that they are concealing or may be too embarrassed to raise, in case they need to make adjustments.