Employer liable for assaults by doctor on job applicants 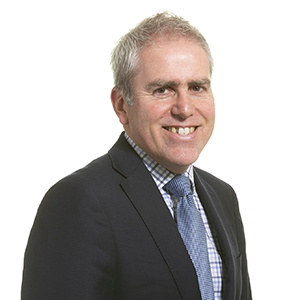 In the recent case of Various Claimants v Barclays Bank Plc [2017] EWHC 1929, the High Court had to decide whether Barclays Bank was vicariously liable for alleged sexual assaults committed by a doctor who had been engaged by the Bank to undertake medical examinations of prospective job applicants.

In this case, 126 claimants alleged that they had been subjected to sexual assaults by a doctor who had been engaged by Barclays Bank (the Bank) to undertake medical assessments. At the relevant time, the majority of the claimants were applicants for employment with the Bank, although a small number were already employees.

Following the examinations, Dr Bates completed a report that was submitted to the Bank on their headed note paper and signed by him and he was paid a fee for each completed medical examination. Dr Bates died in 2009. Various allegations were made in 2013, which led to a police enquiry. The police concluded that there was sufficient evidence to pursue a prosecution had Dr Bates still been alive. The claimants then sought damages against the Bank in relation to the alleged sexual assaults and the High Court had to decide whether the Bank was vicariously liable.

The law on vicarious liability imposes a "no fault" liability on a party for unlawful acts committed by another person. In order to establish whether a person or business is liable for the acts of another, the Court has to apply this test:

In order for a person or business to be vicariously liable, both parts of this test must be satisfied.

The Bank's position was that Dr Bates was not an employee but a self-employed independent contractor. Further, he was not exclusively engaged by the Bank (as he carried out other work alongside his work for the Bank) and there was no ongoing commitment at the relevant time to continue to refer prospective employees to him for medical examinations. The Bank also maintained that, even if there was a relationship capable of giving rise to vicarious liability, the alleged acts of sexual assault were not sufficiently close to that relationship as they were a deliberate and criminal act.

In considering the nature of the relationship (the first stage of the test) the Court considered the five policy criteria outlined by the Court of Appeal in the case of Cox v Ministry of Justice [2016] UKSC 10 (where the Ministry of Justice was held to be vicariously liable for the negligence of a prisoner working in a kitchen, where the prisoner was not an employee). These five criteria, and the Court's conclusions in respect of each of them in this case, were as follows:

In this respect, the Court noted that in cases of vicarious liability, there are two innocent parties and therefore a balance has to be weighed between them. They noted that Dr Bates had passed away eight years ago and his estate had been distributed. As a result, the claimants had no recourse against Dr Bates or his estate and further, his medical defence insurers would not indemnify the victims for alleged sexual assaults. The only legal recourse that the claimants had in this case was against the Bank.

In this respect, the Court concluded that the medical examination was undertaken for the purpose of allowing the Bank to be satisfied as to the capability of a potential member of staff. As the workforce was an intrinsic part of the business activity of the Bank and examinations were undertaken as part of the recruitment process, the Court concluded that Dr Bates was acting for the benefit of the Bank and, as a result, was an integral part of its business activity.

The defendant, by engaging the wrongdoer to undertake the activity, will have created the risk of the wrongdoing

Here, the Bank had made the arrangements for the medical examinations and had informed the claimants of the details of when and where to attend. The claimants did not have a choice as to the identity of the doctor who would be undertaking the medical examination, which was carried out at the doctor's home. These arrangements did create the risk of the wrongdoing taking place.

The wrongdoer will, to a certain extent, have been under the control of the defendant

Here, the Court accepted that Dr Bates organised his own professional life and undertook other medical examinations and activities. However, this did not prevent him from being under the control of the Bank for the purposes of the medical examinations that he was undertaking. The Bank identified the questions to be asked, the nature and purpose of the examinations to be undertaken and the form of report that had to be completed. In addition, the claimants were directed to the particular doctor and had no option as to the choice of doctor or the fact of the examination, which was a condition of the offer of their employment. This was sufficient to create an element of control.

As a result of all of the above, the Court decided that the relevant relationship was akin to employment and so was a relationship that was capable of giving rise to vicarious liability.

In respect of the second stage of the test, the Court concluded that the assaults had occurred during the course of the medical examinations, which were undertaken in connection with the claimants' present or future employment. The medical examinations that the claimants had to undergo had been entrusted to Dr Bates by the Bank. Dr Bates was in a position of trust and the alleged abuse had taken place at a time when he had been engaged by the Bank. Accordingly, the Court concluded that the alleged sexual assaults were connected with the duties that he was carrying out on behalf of the Bank. Therefore, there was a sufficiently close connection with the engagement to satisfy the second stage of the test.

The Court found that the Bank was vicariously liable for the alleged sexual assaults undertaken by Dr Bates in the course of the medical examinations carried out by him.

This decision continues the theme we have seen in recent years of the courts extending the principle of vicarious liability. However, it was a High Court decision so is not binding and may be appealed.

The High Court recognised that both parties to the claim were effectively innocent and it had to weigh up carefully the different factors and policy criteria. One important factor in reaching its decision appears to be the fact that Dr Bates had passed away some eight years ago and his estate had been settled so the claimants had no other remedy.

Employers will be concerned about the potential implications of this decision and the possibility of being vicariously liable for the acts of independent contractors or other professionals who are engaged to provide services. Potentially, this could extend to retained occupational health advisers and other professionals (such as medical experts) who are engaged to undertake medical examinations and assessments of employees. It is important to ensure that the terms employers have in place with such professionals are clear and that adequate insurance cover is in place in relation to such potential liability. Employers should also take steps to minimise the risk of any claims arising, such as ensuring that examinations take place in a surgery and that another member of staff or a relative of the employee is present.