Elections - their impacts on emerging policy, legislation and decision-making 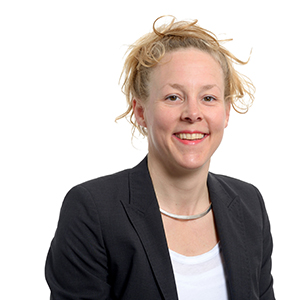 The forthcoming local government (and metro mayor) elections on 4 May 2017 in parts of the country mean we are already in a period of 'purdah' during which some public bodies face restrictions over the type of material they can publish.

Whilst the local elections were timetabled and anticipated, calling a snap election has the potential to disrupt the current Parliament's legislative activity and will place a restriction on implementing some of the key policies of the current Government.

On Thursday 4 May 2017, elections will be taking place in a number authorities in England, Wales and Scotland, including for directly elected mayors to combined authorities, and some council elections.

The time between an announced election and the final election results is considered sensitive and accordingly government (central and local depending on the elections) is restricted from making announcements about any new or controversial initiatives, which could be seen to be advantageous to any candidates or parties in the forthcoming election.

The period of sensitivity preceding the local and mayoral elections is not fixed to any particular date, but the general convention is that particular care should be taken in the three weeks preceding the election.

Conduct guidance, issued jointly by the Cabinet Office and the Civil Service sets out general principles which should be observed by all civil servants during purdah (Guidance).  A list of local and mayoral elections is given in Annex A to the Guidance (endnote 1).

The Cabinet Office Guidance states that public consultations with a particular emphasis on local issues, or impact on areas where local elections are being held, should generally not be launched during the period between 13 April and 4 May.  Additional care should also be taken around press and marketing activity concerning local issues.

The Local Government Association (LGA) issued advice on the publicity restrictions that should be observed during the purdah period (LGA Advice) (endnote 2).

From the start of purdah, authorities must be particularly careful to comply with Section 2 of the Local Government Act 1986, prohibiting activity from the authority that appears to be designed to affect public support for a political party.

In addition the 'Code of Recommended Practice on Local Authority Publicity' published by government in 2011' (endnote 3) (also referred to in the LGA Advice), makes clear that particular care should be taken  during periods of 'heightened sensitivity', such as in the run up to an election.

Publicity will include any communication, in whatever form, addressed to the public at large or to a section of the public.

The LGA advises that in general, authorities should not issue any publicity which seeks to influence voters, ensure that publicity relating to policies and proposals from central government is balanced and factually accurate and comply with laws which prohibit political advertising on television or radio.

The LGA Guidance states that authorities may continue to discharge normal council business (including determining planning applications, even if they are controversial).

The Guidance states that "Decisions on matters of policy on which a new government might be expected to want the opportunity to take a different view from the present government should be postponed until after the election, provided that such postponement would not be detrimental to the national interest or wasteful of public money."

As the guidance referred to above advises, unless it is pursuant to a statutory duty, authorities are advised not to issue any new consultations or to publish report findings from consultation exercises, which could be politically sensitive.  There are a number of policy priorities that are under development and in the course of implementation.  Some of these may continue without too much disruption.  But for other measures the election is likely to create major disruption and delay.  What we have set out below is some speculation on the likely status of key legislation and policy.

Proposed legislation in its final stages in Parliament before enactment can be vulnerable to being lost when a snap election is called.  We have set out below some of the legislation likely to be affected.

The week commencing 24 April may see more government concessions on controversial bills if the Government is keen to ensure that these achieve royal assent before Parliament is dissolved.

Any legislation which does not achieve royal assent will not automatically be carried over. Public Bills may be carried over from one session to the next, subject to agreement, but clearly that will depend on the outcome of the 8 June election.

The Government also planned a Queen’s Speech and a raft of new legislation for early May and the Queen's Speech was scheduled to include the announcement of the Great Repeal Bill.  Any proposals for new legislation may now form part of a new Conservative Party manifesto, as a Queen's Speech will not now take place until after the general election.  Similarly the content of the next Queen's Speech could be contained within the parties' manifestos dependent upon the composition of the next Government.

A number of select committees and inquiries are ongoing and will now be curtailed.  If they are to continue their work post-election they would need to elect new chairs and some chairs may not be able to stand for re-election, having officially stood for two parliamentary terms. This could have a significant effect on ongoing Brexit and wider scrutiny.

The Housing White Paper announced a number of initiatives and forthcoming consultations which were, before the election announcement, anticipated over the course of the summer.  We have included these in our Real Estate Timeline. The timeline is based on policy before the 8 June general election was announced, and it will be updated in due course after the election.

It is now likely that little progress will be made before the general election and that the consultations will be delayed.

As the election build up progresses we will get a glimpse of the priorities for the next Government when the manifestos are published which will contain more commitments than just Brexit which has been the focus of the discussions over the last week.  However as we have seen with this current Government their commitments can sometimes change and as we saw with the coalition in 2010 concessions have to be made.  What is clear is that we're in for a bumpy ride over the next few weeks as the build-up intensifies but with no actual announcements until the composition of the next Government and local authorities is finalised.

(2) Purdah: A short guide to publicity during the pre-election period

(3) Section 2 of the Local Government Act 1986 (as amended) in summary provides that councils should "not publish any material which, in whole or in part, appears to be designed to affect public support for a political party."  Section 44 makes clear that councils need to have regard for the code of recommended practice that supports the Act.

(5) Part 1 of the Bill would enable local government collectively to retain 100% of business rates by 2020.

Assessment of interim rent under Landlord and Tenant Act 1954

"The bad guys do not appoint Art.27 representatives", but is representative liability a step too far under Article 27 of the GDPR?

Offshore wind targets: what might stop us hitting them?