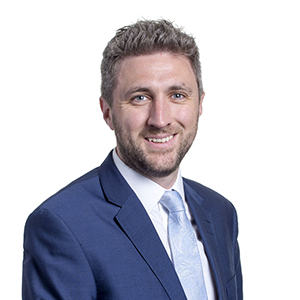 In May 2018, Mothercare and Carluccio's became the latest in an increasingly long line of high street names to propose Company Voluntary Arrangements (CVAs) involving significant site closures and rent reductions. On 31 May, 91% of unsecured creditors approved the Carluccio's CVA, and the following day Mothercare's creditors followed suit (although that was not the case with all of its subsidiaries, as discussed below). Next in line according to recent reports are House of Fraser and then Homebase, following the latter's acquisition for £1 by retail restructuring specialists Hilco.

Outside of formal processes, M&S has announced the proposed closure of 100 stores over four years, and it is reported that Next is now seeking agreement with landlords that any CVA-related rent reduction for a neighbour automatically triggers a rent reduction for them. In the meantime, Poundworld's plans for a CVA appear to have collapsed, with administration reportedly imminent.

The most recent BRC – KPMG Retail Sales Monitor from 5 June 2018 reported that "Over the three months to May, In-store sales of Non-Food items declined 3.0% on a Total basis and 4.1% on a Like-for-like basis." Meanwhile, in the wider economy, the number of insolvencies in Q1 of 2018 reached the highest level since Q1 2014, with CVAs up 18.6% on the same quarter last year.

Whilst the timing of Easter this year and unseasonal spring snows have been blamed by some for the drop in sales, this does not explain the raft of high street casualties in the last year. There are many other long standing issues that retail and casual dining chains are faced with, such as changes in consumer taste and squeezed disposable incomes, rising overheads, fierce competition (most dramatically from online retailers) and historic debt and bloated property portfolios resulting from over expansion when the going was good.

The statement of the proposed supervisors of the Mothercare CVA backs this up, with Jim Tucker of KPMG noting that "the Group has been adversely affected by the consumer shift to online shopping, as well as the trend of declining footfall. In addition, the business has been adversely impacted by other pressures impacting the retail sector as a whole including rising costs of labour, product, rent and business rates".

These common factors have contributed to some of our most well-known retail and casual dining chains, such as New Look, Poundworld, Carpetright, Prezzo, Jamie's Italian and Byron Burger (in addition to those mentioned above), having had no alternative but to enter into a restructuring process to avoid the fate of erstwhile stalwarts such as Toys R Us, Woolworths and BHS.

The hope in the sector is that these CVAs will right-size key players, making them leaner and fitter for the 21st century, with many years of successful trading to come.
The fear is that they are merely sticking plasters, masking unresolved underlying issues and simply delaying the inevitable.

The high street, and the economy at large, needs that hope to be fulfilled.

What is a CVA?

The CVA appears to be the current favoured restructuring process in the retail and casual dining sectors. A CVA is designed to restructure and/or compromise the liabilities of a company in order to rescue it as a going concern. This preserves continuity of trade and value that could be lost if the company entered administration or was simply wound up.

A CVA is a form of arrangement which allows a company in difficulty to reach an agreement with its creditors for the repayment of all or part of its debts over an agreed period. A CVA allows the company to continue to trade within the terms of the CVA, but with the threat of administration or liquidation should those terms not be complied with. The company's performance of the CVA is monitored by an Insolvency Practitioner (IP), but, unlike other Insolvency Act procedures, control of the company remains with its directors.

The approval of a CVA (or any modifications to it) by a company's creditors requires a vote in favour by at least 75% (by value) of the creditors (including 50% of unconnected creditors) who vote on it. If these thresholds are met, then all creditors are bound by the CVA's terms.

How successful are they?

Compromising landlords or creditors in a CVA can be a very useful tool for a company in difficulty, and can rescue otherwise healthy companies burdened by historic liabilities. However, this will not be sufficient where problems are caused by structural issues or wider market trends, where a comprehensive restructure and refinancing will be required.

Retailers such as JJB Sports and Blacks Leisure previously entered into CVAs which were ultimately unsuccessful, with both businesses subsequently entering administration. The PRG Powerhouse CVA was successfully challenged by landlords who had lost rights under guarantees as part of its terms.

More recently, BHS had a CVA approved in March 2016, only to enter administration a month later. Toys R Us then had its CVA approved in December 2017, but by the end of February, the CVA had failed and it entered administration.
These cases could lead to a cynical view of the prospects of retail CVAs. However, the recent CVAs referred to above have generally been approved with almost universal non-landlord creditor support, particularly as unsecured trade creditors are generally being paid in full.

Having said that, Toys R Us was very close to having its CVA rejected in December as The Pension Protection Fund (PPF) was unwilling to support the CVA without a further cash injection. The PPF went so far as to announce its intention to vote against the CVA, before a last minute deal was reached and the CVA was approved.
Given the size of the claims that the PPF can have, companies would be wise to secure PPF approval (where applicable) early in the process to avoid such brinksmanship. It is notable, and sensible, that Mothercare reported that it had obtained the support of the PPF at the same time as it announced the CVA itself.

Will they continue to pass?

Where trade creditors are unaffected and not compromised by the CVA (as is the case with most of the retail/dining CVAs, including Mothercare and Toys R Us), they are likely to vote through CVAs. This is particularly the case where the alternative is a "pence in the pound" administration or liquidation.

However, as we have seen from Toys R Us, large involuntary creditors, such as the PPF (and often HMRC) hold enough of the unsecured debt to vote a CVA down. Those proposing a CVA need to be mindful of ensuring that these institutions are given sufficient comfort that their (actual or contingent) debts will be managed and reduced, rather than simply left, uncompromised, on the balance sheet.
To date, landlords have largely remained on side and voted for the high profile CVAs in the sector. However, as the spate of retail CVAs shows no signs of abating, and more large store portfolios are jettisoned, leaving hundreds more empty units nationwide there is a risk that landlords' room for manoeuvre, and patience, may run out.

A reason why CVAs are continuing to be approved in the meantime is that the alternatives are worse. While a CVA may not be successful in the long term, it will generally produce a better result for the creditors (even compromised landlords) than an immediate administration or liquidation.

But, there are signs that the tide may be turning already, with reports that some landlords of and lenders to House of Fraser are taking some convincing to support the department store's CVA proposal, requesting equity or future profit share in order to benefit from the upside of a successful rescue. In addition, although the Mothercare CVA was approved, along with that of its Early Learning Centre subsidiary, it later emerged that following a recount, the CVA of its other subsidiary, Children's World, narrowly failed to pass (falling short by just 1.7%). Then, on 7 June, it emerged that Poundworld had abandoned its plans for a CVA, and filed a notice of intention to appoint administrators, after a rescue deal reportedly collapsed and credit insurance was withdrawn. Are these signs of things to come, or isolated hiccups?

If more solvent retailers take the Next approach, then the approach of landlords may shift. When considering whether to approve a CVA, their focus may be on the wider ramifications on the rent paid by their unconnected solvent tenants, rather than the merits of what may be a perfectly good and reasonable CVA proposal. This would not bode well for the future use of this rescue process, and could prove fatal to otherwise viable restructurings. Early engagement with all stakeholders is therefore vital.

How can we assist?

Whether you are a retailer in difficulty or exposed to one (as a landlord, creditor or supplier) the restructuring and insolvency team at Womble Bond Dickinson can assist, with expertise from Edinburgh to Plymouth. The team works closely with our market leading retail sector group, with experience in advising stakeholders in the retail and casual dining sector.

We can provide vital advice to a company in difficulty, or can help you act quickly to protect yourself if you are concerned about a company that is. We have excellent relationships with IPs on a nationwide basis who have experience within this sector in order to work towards a rescue plan that is acceptable to all parties concerned.
Should you have any concerns, or wish to discuss any of the issues raised in this article, please contact Tom Pringle on 0207 788 2370 or Jennifer Bean on 0345 415 0000

Note: The above is correct as at 7 June 2018 – following daily revisions by the authors as developments in the sector accelerate, the authors are keenly aware that the above will likely very quickly become out of date!