Brexit, manufacturing and the environment 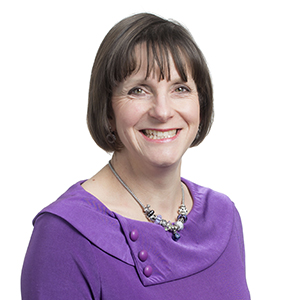 Manufacturing
RegulatoryEnvironmental Regulation, Disputes and Litigation
The post-BREXIT outlook for manufacturing will depend very much on the replacement trading agreements negotiated with the EU and other nations. Given the very real issues of global and national concern in respect of climate change, resource availability and pollution, and the significant improvements in the UK environment and economy since the 1970s/80s when the UK was known as 'the dirty man of Europe', it is unlikely that the UK jurisdictions would seek to dismantle much of the environmental regulatory framework that has secured so much of these improvements. However, the majority of this has been built during UK membership of the EU and new legislation would be needed in all UK jurisdictions to avoid legal vacuums in environmental law following revocation of the European Communities Act 1972.
The future direction of environment and energy policy and law in an independent UK would be heavily influenced by new trading arrangements, international treaty obligations, devolution and the political make-up of the governments and administrations in the UK. As the Referendum draws closer this article looks at potential implications of a BREXIT vote for the extensive body of environmental law that applies in the UK, with a particular focus on the manufacturing sector.

Environment, trade and the potential for change

The extent to which BREXIT could deliver sovereignty for the UK in terms of environmental law would not be known for some time after a Referendum vote in favour. Much would depend on the nature of replacement trading arrangements. Where the EU concludes a trading agreement with another country that covers topics in respect of which both the EU and Member States have competence – such as the environment and energy - then, as well as agreement by the Council and Parliament of the EU, all Members States must ratify the agreement following approval from each national parliament. The EU publication Trade_negotiations_step_by_step explains how EU trading agreements are negotiated, how long they may take and and who has to agree them.
The terms of the post- BREXIT trading arrangement with the EU would determine:
The replacement trading arrangements would be negotiated separately from, and are outside the scope of, the withdrawal treaty. In the absence of agreed UK-EU trading arrangements when BREXIT takes effect, the World Trade Organisation's General Agreement on Tariffs and Trade would apply.

The EU, the UK and the environment

Under the EU subsidiarity principle action should only be taken at EU level when objectives cannot be sufficiently achieved by Member States acting alone. The growth of EU environmental law reflects the cross-border nature of many environmental issues and the desirability of preventing countries from seeking competitive advantage by allowing harmful environmental practices. EU environmental law has developed to set common rules for product standards, to require that polluting activities are regulated through permits and to set targets (e.g. improving air quality, reducing landfill of waste, reducing greenhouse gas emissions and raising bathing waters standards) to influence investment and behaviour. This, in turn, has enabled environmental objectives to be included in competition and trade arrangements and provided longer-term strategic frameworks and market scale to encourage investment in innovation, new markets and technologies, and the generation of employment and economic growth.
The European 7th Environment Action Programme is currently guiding EU environment policy for the period to 2020. It focuses on the protection, conservation and enhancement of the EU's natural capital, turning the EU into a resource-efficient, green and competitive low-carbon economy, and safeguarding citizens from environment-related pressures and risks to health and well-being. Proposed legislation and amendments to existing EU legislation are focused on the following "enablers" to help deliver these goals:
The UK has not been alone in challenging the EU on unnecessary burdens from EU legislation. A number of environmental directives, including the Habitats Directive, are currently under scrutiny by the European Commission as part of its Regulatory Fitness and Performance Programme, strengthened following the launch of the EU 'Better Regulation Agenda' in May 2015. Some changes to EU environmental law have been proposed and more are expected.
The UK is active in the development of EU environmental policy and law. In the recent EU consultation on the Circular Economy package of measures, the UK made clear that Commission proposals should be "developed with Member States, allow flexibility, ensure that costs are justified by expected impacts, avoid unnecessary burdens on business and create an environment that welcomes innovation, improves resource productivity and helps increase business competitiveness". In some areas of environmental law the UK has gone further than the minimum standards required by European law. The Government's Better Regulation drive has identified a number of provisions for relaxation, for example from 1 April 2016 the removal of the requirement to register premises in England that produce hazardous waste.
Independently of EU environmental law, the UK became the first country in the world to introduce legislation to set legally binding carbon reduction targets. The Climate Change Act 2008 and the Climate Change (Scotland) Act 2009 are examples of UK environmental laws that do not rely on the European Communities Act 1972 for their effect and so would not require legislation to remain effective post BREXIT.

The balance of competencies between the EU and the UK

Between December 2012 and December 2014 the Coalition Government conducted a review of the UK's relationship with the EU. This led to the publication of 32 reports. The review was not undertaken to predetermine or prejudge proposals for changes to the EU or about the appropriate balance of competencies. Many stakeholders were consulted.
The Executive Summary to Report 10 on Environment and Climate Change stated that "the Government has recognised the need for an open-minded debate around EU competence on the environment and climate change within the context of finding an appropriate balance and exploiting synergies between the need for economic growth and a sustainable approach to the future. Whilst there can be tensions between environmental standards and competitiveness, the evidence paints a more nuanced picture in which some sectors of business welcomes some degree of cross-EU environmental regulation. For example, EU targets on waste and on climate change were seen by many as providing greater certainty for investors and an important spur for growth in the rapidly expanding environmental and low carbon services and products sector. In addition, EU regulation on chemicals and other environmental standards was also seen by many businesses as important in providing a level playing field across the Single Market".
Environmental law at international, EU and UK level has evolved from controlling point source pollution in the 1970s and 1980s to setting up mechanisms to intervene in markets and change behaviour. Whether a business will fare better in the environment of an independent UK or a UK within the EU will be determined by many factors in addition to environmental considerations. Whatever the outcome of the Referendum, it will remain the case that the businesses likely to be most successful are those best able to adapt to their environments. More information on the implications of BREXIT for businesses in the UK will be found in the Bond Dickinson BREXIT Briefing.
Related sectors