Brexit: extension or no deal? 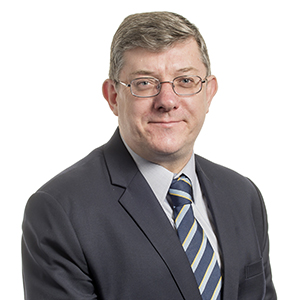 The Prime Minister's letter will be considered by the European Council at its meeting on 21 March. There is no guarantee that the requested extension will receive the unanimous agreement required from the EU27. Indeed, the European Commission has indicated that, if any extension were to be agreed, it would be either up to 23 May or for a much longer period, which would require the UK to conduct elections to the European Parliament.

If an extension were to be vetoed by any EU member state, then the UK would face an extremely stark choice during the final week before the scheduled date for Brexit. The EU (Withdrawal) Act 2018 defines "exit day" as 11.00pm on 29 March 2019. That date can be altered by means of a statutory instrument made under section 20(4) of the 2018 Act.

On its own, a statutory instrument made under section 20(4) does no more than to defer the moment at which the UK ceases to be a member of the EU. If no alternative has been agreed, and approved by way of a full Act of Parliament, then the UK would cease to be a member of the EU on the deferred date. Consequently, a "no deal" Brexit remains a live risk. Further, the statutory instrument can be brought forward only by the government. Consequently, the government effectively controls whether, and precisely when, it is presented to the House of Commons. Given that the government clearly intends to exert maximum pressure in favour of its WA, the instrument necessary to avert a "no deal" exit on 29 March might be held back to the last possible moment.

If the Prime Minister's request for an extension were to be rejected, then it remains possible that a "no deal" Brexit would occur on 29 March 2019.

If the Prime Minister's request for an extension were to be agreed, then it remains possible that a "no deal" Brexit would occur on (or possibly before) 30 June 2019.

In his 18 March statement, the Speaker of the House of Commons indicated that under a convention dating back to 1604, the government "cannot legitimately …resubmit to the House the same proposition - or substantially the same proposition - as that of last week, which was rejected by 149 votes". Consequently, in order to bring its WA back for a third vote, the government must either show that there has been a change in substance or circumstance. The Prime Minister's letter suggests that formal approval by the European Council of the supplemental documents agreed in Strasbourg would suffice for that purpose.

Alternatively, the government might seek to end the current session of Parliament and immediately to open a new session so that a further vote might be taken.

As a further alternative, the government might seek to override the need for a resolution in favour of its WA by simply introducing a Bill to enact its contents. The logic would be that if a Parliamentary majority could be found for the Bill itself, then that would obviate the need to vote on a preliminary motion.

In any of those scenarios, the government would have to be confident of securing a majority – however slim. If approved, the WA could then be implemented by passing the necessary legislation before the end of any agreed extension.

If the WA were to be rejected for a third time, then it would be for the House of Commons to conduct a series of "indicative votes" to identify a route that might command a majority. That could include approval of the WA, but subject to a confirmatory referendum. Equally, it might involve a further referendum with "remain" as an option.

For many in the House of Commons, the final "nuclear" option would be unilaterally to revoke the UK's Article 50 notice. Revocation must take place before the "exit day", and it must be unequivocal. In this context, "unequivocal" probably also means "irrevocable". It would not be open to the UK to revoke its notice and then to issue a further notice. Consequently, if the Article 50 notice were to be revoked, then Brexit would require a further referendum. Given that it would be a clear departure from, and rejection of, the 2016 referendum result, revocation is conceivable only as a very last resort immediately before the 29 March deadline, if no extension has been secured.

An "accidental" no deal?

The Prime Minister's letter has been severely criticised by reference to a statement made by her de facto deputy, David Lidington, on 14 March:

In the absence of a deal, seeking such a short and, critically, one-off extension would be downright reckless and completely at odds with the position that this house adopted only last night, making a no-deal scenario far more, rather than less, likely. Not only that, but from everything we have heard from the EU, both in public and in private, it is a proposal it would not accept.

In those circumstances, avoiding a "no deal" Brexit would require a cool-headed combination of political will, and Parliamentary skill. That combination, it seems, cannot be taken for granted.