A Big Mac-trastrophe: the not so secret recipe for trade mark revocation 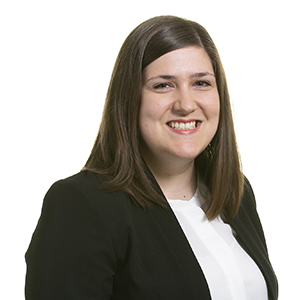 McDonald's International Property Company, Ltd. ("McDonald's") is one of the companies behind the quick service restaurant chain which was started in the United States in 1948 by the McDonald brothers and now has over 36,000 restaurants in over 100 countries. McDonald's holds a considerable number of registered trade marks around the world and is widely regarded as possessing one of the most well-known and recognisable brands on the planet.

Supermac's (Holdings) Ltd. ("Supermac's") is the entity behind the "Supermac's" fast food restaurant chain, currently operating exclusively in the Republic of Ireland and Northern Ireland, but with ambitions to expand into Europe and Australia. Supermac's operates over 100 outlets, making it the largest Irish-owned quick serve chain. The name "Supermac's" originated from a nickname the restaurant chain founder – Pat McDonagh – was given while playing Gaelic football during his college years.

In April 2017, Supermac's filed a request for revocation of the Mark, in accordance with Article 58(1)(a) of the European Union Trade Mark Regulation ("EUTMR").

Supermac's claimed that the Mark should be revoked as it had not been put to genuine use in the European Union in connection with the goods and services in respect of which it is registered within a continuous period of five years.

Genuine use exists where the mark is used in accordance with its essential function: to guarantee the identity of the origin of the goods for which it is registered. To prove genuine use, actual use of the mark on the market must be shown, i.e. there must be evidence of commercial exploitation. 'Token use' of the mark, for the sole purpose of preserving the rights conferred by the mark, will be insufficient, as will solely internal use.

During the assessment, all the relevant facts and circumstances must be taken into account. The assessment will not necessarily take measure of the commercial success of the mark, but will consider whether the use is warranted in the economic sector concerned to maintain or create a market share for the relevant goods or services. It will be key for the evidence to establish the place, time, extent and nature of use of the mark.

The burden of proof rests with the proprietor of the mark – in this case McDonald's – to prove genuine use, or submit proper reasons for non-use.

The date of registration was 22 December 1998 and the revocation request was filed on 11 April 2017. As the mark had been registered for more than five years, McDonalds had to show genuine use of the contested goods and services from 11 April 2012 to 10 April 2017 inclusive.

However, if it succeeded in the action, Supermac's sought that the Mark be revoked in its entirety with effect from five years following the date of registration, i.e. 22 December 2003.

In response, McDonald's filed its evidence of use in the forms set out below. The Cancellation Division assessed the evidence submitted by McDonald's.

1. Three affidavits from McDonald's representatives in Germany, France and the United Kingdom, claiming significant sales in relation to BIG MAC sandwiches, with examples of packaging, promotional brochures and menus

2. Brochures and printouts of advertising posters in German, French and English dated between 2011 and 2016 (only some of which contained the price)

3. Printouts from a number of websites (the respective McDonald's websites in eighteen EU countries) dated between 7 January 2014 and 3 October 2016

4. A printout from the en.wikipedia.org entry relating to "Big Mac", containing information on its history, content and nutritional values in different countries

With reference to evidence originating from the internet (such as those in categories 3 and 4 above), the Cancellation Division remarked that, whilst the assessment is no stricter than with other forms of evidence, the mere presence of a mark on a website – whilst indicative of the nature of use and offer of goods/services to the public – is insufficient to prove genuine use without information on the place, time and extent of use (e.g. the number of visits the page received, or sales made in the relevant territory over the relevant time period to a certain number of customers through the website).

Although the Cancellation Division commented that more limited commercial volume may be offset by extensive, regular use of the mark, and vice versa, and that territorial scope is only one of several factors to be taken into account, it concluded that McDonald's had failed to prove the extent of the use of the Mark.

In particular, the Cancellation Division noted that, on the basis of the evidence provided, McDonald's did not provide conclusive information that products bearing the Mark are offered for actual sale, as there was no information:

Accordingly, the evidence McDonald's submitted was not sufficient to establish genuine use of the Mark.

What can we learn?

The Cancellation Division specifically stated: "The methods and means of proving genuine use of a mark are unlimited. The finding that genuine use has not been proven in the present case is due not to an excessively high standard of proof, but the fact that [McDonald's] chose to restrict the evidence submitted".

This decision serves as a lesson that even giants of their industries cannot rely on their reputation alone; rather, it is a clear reminder that the EUIPO will only allow registrants to rely on the evidence they present.

As such, it appears that the recipe for solid evidence to submit in response to a revocation action (under Article 58(1)(a) EUTMR) is the meaty evidence of independent parties, topped with data showing real-world commercial presence, and, of course, not forgetting the special sauce: evidence establishing the place, time, extent and nature of use of the mark in the territory during the relevant time frame.

What happens for McDonald's?

Contrary to reports that all was lost, McDonald's is still the owner of registered EU trade mark protection for the sandwich name.

Presumably as a protective strategy, McDonald's applied for a EU trade mark for "Big Mac" on 6 October 2017 in Classes 29, 30 and 43. Although the specification in Classes 29 and 30 is narrower than that for which the Mark is registered, it still arguably covers the core goods for which McDonald's uses the mark, including "Edible sandwiches, meat sandwiches" and "Foods prepared from meat". The mark was registered on 11 April 2018, meaning it is not vulnerable to attack for non-use until 11 April 2023.

Coinciding with the Cancellation Division handing down its decision, McDonald's also launched to European consumers its #StillABigMac campaign, used to promote its limited edition burger featuring bacon – the first change to the burger's recipe in over fifty years.

As regards the cancellation of the Mark, the representatives for McDonald's also filed a notice of appeal of the Cancellation Division's decision on 8 March 2019, and Supermac's has been invited to submit its observations in response. No doubt there will be further reports on this tasty topic.